Alastair Clarkson is open to return to coaching but insisted he would make his AFL comeback only if he felt he could lead a club to win a flag.

Clarkson’s 17-season spell with Hawthorn came to an end last year, but the 54-year-old said he ‘wouldn’t hesitate’ to throw himself at the deep end of footy again.

Lance Cameron became the first casualty of the AFL coaching carousel this season, with the GWS announcing on Wednesday that he will depart the club after the clash against Carlton in Round 9.

Clarkson has been linked with the Giants in the past, but insisted he would be open to coach any of the 18 teams should he return to the AFL.

‘There’s 18 teams – and hopefully pretty soon 19 teams in the competition that I wouldn’t hesitate to coach,’ the four-time premiership winner told Fox Footy AFL 360 on Thursday when asked whether he had considered returning to footy.

‘I think every club in the competition, given the right personnel and the right playing group have got the capability of winning an AFL premiership.’

Clarkson hinted he would not necessarily return only if he was given the chance to coach one of the top sides in the competition, noting he won a flag after four years at Hawthorn, despite suggestions he could take him twice as long to rebuild the Hawks. 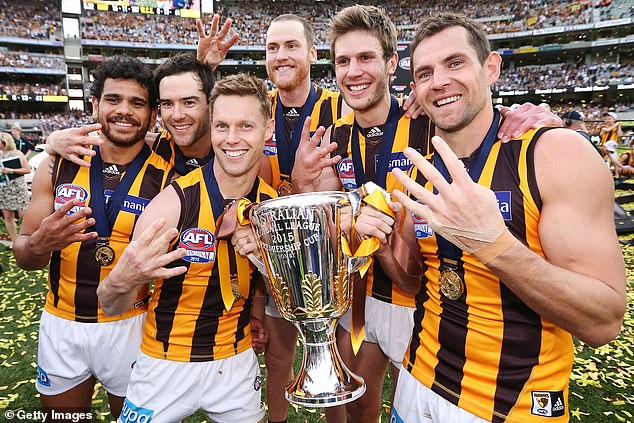 Clarkson led the Hawks to three premierships between 2008 and 2015

‘I just look at some of these clubs in the competition and I think they need to quite clearly have a vision on where they want to go and what they want to do and get everyone on the bus. If you can do that, success can come a lot sooner than a  lot of people think,’ he said.

The former Hawks coach, however, made clear he would only return to coaching if he felt he could lead his next club to a premiership.

‘I want to get back involved because I want to win it [the premiership],’ he said

‘If I didn’t feel I was the bloke who could take that club and that group of players to win it, then I’d stay out of the game. 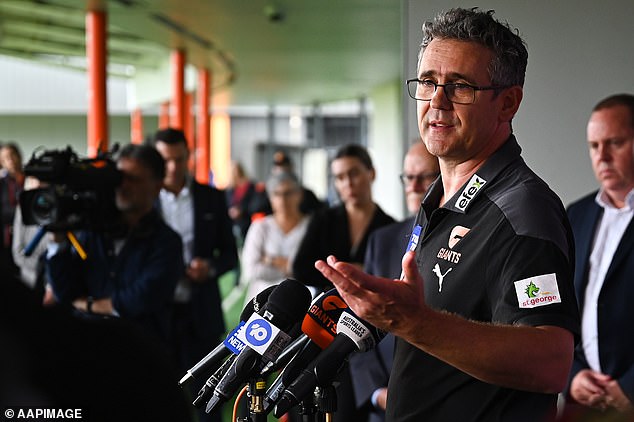 ‘I’ve got other things that I can do and other passions that I want to chase.’

First and foremost, whether that’s a two-year timeframe or a five-year timeframe, I’d be only coming back into it [the AFL] for one reason and that is because I feel this group can win it [the flag]. ‘

Asked by Nick Riewoldt whether the list of players he may have at his disposal would be a determining factor in choosing his new club, Clarkson replied he would place more emphasis on choosing a club with the right ‘vision’ instead.

‘It’s the club. It’s the culture, the vision of the board and whether that aligns with my vision and my set of values,’ he said. 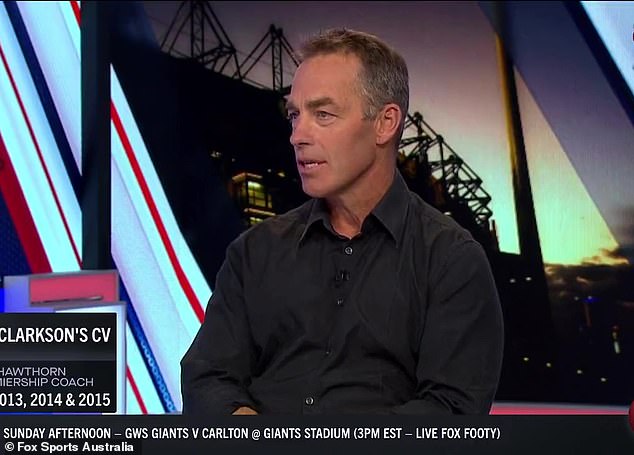 Clarkson said he wouldn’t be fazed by taking on a job that involved rebuilding a club, as he undertook the same task with incredible success at Hawthorn 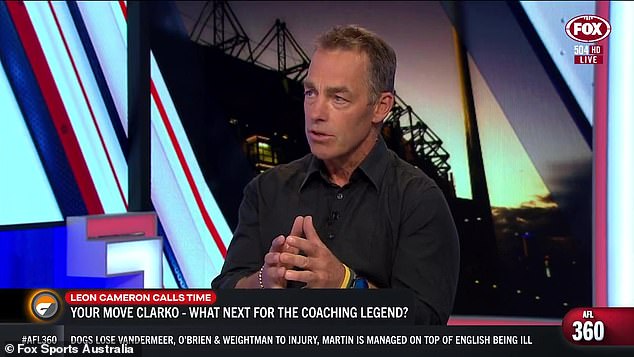 While he left the door open on a return to coaching, Clarkson was adamant he would take a job in the AFL until next year at the earlies after promising his wife Karen he would stay out of the game for the entirety of 2022.

The former North Melbourne forward reiterated he had no intention to interrupt his sabbatical and would continue ‘to sit back for a period of time’, although he conceded it was ‘exciting’ to give ‘consideration to opportunities that may present.’

Following his departure from Hawthorn, Clarkson has been busy working with the state government in Tasmania to secure the AFL’s 19th licence and has previously indicated he would be interested a Tasmanian team in the competition. 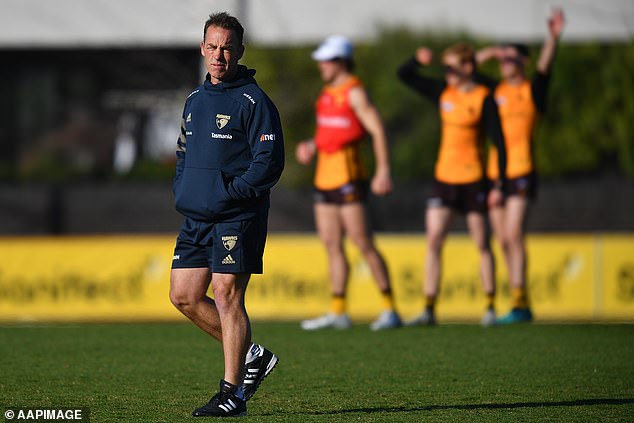 Following his departure from Hawthorn, Clarkson has been busy working with the state government in Tasmania to secure the AFL’s 19th licence

He’s also spent 14 weeks in the US to study and research some of the biggest sporting franchises in the world up close, including the Green Bay Packers and the Golden State Warriors.

Speaking on AFL 360, Clarkson suggested a return to football may not necessarily translate into a coaching job.

‘I’m keen to explore whatever my options are and that could be inside of footy or could be outside of footy,’ he added.

‘It could be on the field or it could be off the field. I have been able to get my teeth into the work that I have had to do for the Tasmanian government […] and I have really, really enjoyed that.’