An Albanian gangster has posted pictures of himself laughing in prison and joked: ‘The only this missing is whores’.

Tristen Asllani was one of three gang members jailed for a total of 42 years in 2016 after they were found with a machine gun and £6million worth of drugs.

He has since managed to set up an Instagram account using a smuggled phone and posted pictures of himself showing off his muscles and listening to prison radio. 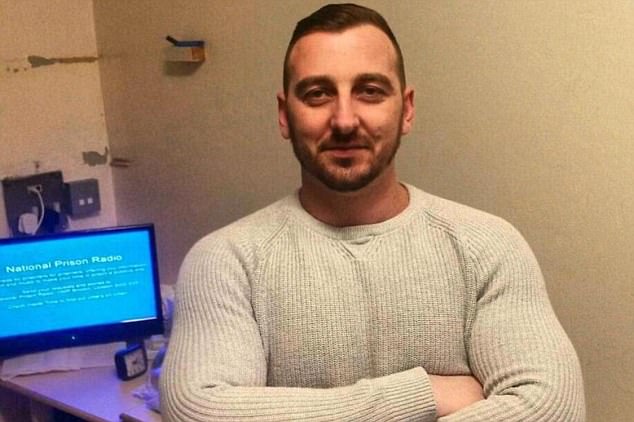 Beneath one message was the caption: ‘Even inside the prison we have all conditions, what’s missing are only whores,’ the Evening Standard revealed today.

A victim of the chaos Asallani unleashed on the streets of London told the paper he should have been deported.

Renaz Ameen, whose shop Asallani crashed into, said: ‘He has obviously got so much time in prison that he just doesn’t give a c**p about anyone else. He doesn’t care, he looks really happy in prison.’

Asllani was handed a 25-year sentence onspiracy to supply drugs, dangerous driving and possession of a firearm in 2016. 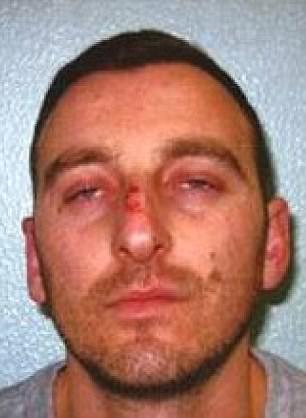 Asllani, pictured after his arrest, was caught after crashing a car into a ship during a police chase

It is believed the photo was taken in HMP Wandsworth.

Asllani was caught after crashing his car into a shop in Crouch End during a police chase.

Detectives later found a Skorpion sub-machine gun fitted with a silencer, 21kilos of cocaine and a 16kilos of cannabis.

Phones are not allowed in prisons, but jails have had a difficult time keeping them out, with a series of high-profile criminals managing to set up social media accounts and even start online dating while serving sentences.

A Prison Service spokesman today said: ‘This behaviour is completely unacceptable and we have removed the content from social media.

‘Those who break prison rules will face tough punishments, including extra time behind bars.

Two years ago, Albanian criminals in Guys Marsh jail in Dorset were able to take pictures of themselves on Christmas Day and post them on an Albanian website called Life is Fun. 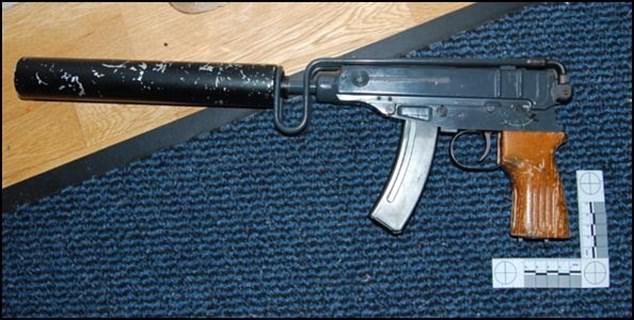