Albanian teenager, 18, who spoke no English when traffickers dumped him near town Sajid Javid grew up in five years ago wins battle to stay in UK after 100,000 sign petition

A teenage migrant abandoned by human traffickers near the ‘dangerous’ street where Sajid Javid grew up has finally won the right to stay in Britain.

Stiven Bregu, 18, escaped violence in his native Albania and travelled illegally to the UK five years ago.

He was abandoned by the human traffickers that brought him to Britain and dumped alone in Keynsham, Somerset, where he had no English, money or possessions.

Stiven was fostered by a family in Bristol and enrolled in St Mary’s Redcliffe School, three miles from where Chancellor Sajid Javid was raised.

He went on to pass his GCSEs with flying colours but was told he would be deported at 18 when he was no longer a child and in full-time education.

His foster family, friends and locals in Bristol rallied to keep Stiven in the country and after a collecting 100,000 signatures for a petition, he has been given right to remain. 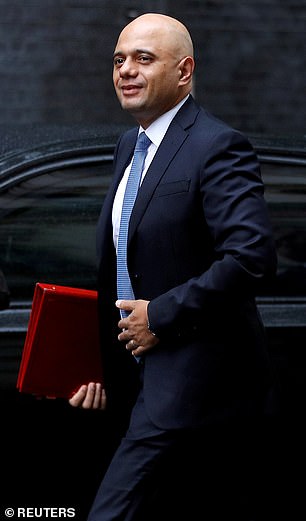 Stiven Bregu (pictured) was fostered by a family in Bristol and enrolled in St Mary’s Redcliffe School, three miles from where Chancellor Sajid Javid (right) was raised

The petition to stop his extradition attracted thousands of signatures after his case was first highlighted in mid-June.

On the day he finished his last A-level exam, he described adapting to life in Bristol, before thriving to become a key member of the community in Totterdown and at St Mary Redcliffe School.

He became a mentor to younger pupils and won the backing of Mayor Marvin Rees after he took part in a City Leadership Programme.

From arriving at the start of Year 10 speaking no English, Stiven remarkably learned the language quickly, and stormed his GCSEs achieving top results – particularly in Maths.

He said he wanted to stay in Bristol where he won a prestigious apprenticeship at a top wealth management firm.

But the Home Office said that his right to stay as an unaccompanied child was over when he turned 18 and ended full-time education – denying him the right to remain when he applied. 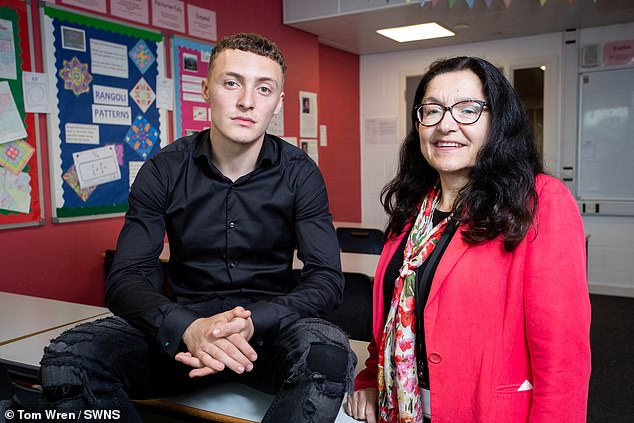 Stiven is pictured with his teacher Elisabeth Gilpin, who teaches three miles away from where Sajid Javid grew up

Backed by friends, his foster family and his teachers, Stiven appealed that decision, and attended a hearing in Newport last week where the strength of support was outlined to the authorities.

His head of year Rob Shaw, who co-ordinated the appeal, said he has now been told that appeal had been successful.

‘Stiven has now heard the result of his appeal and I am delighted to tell you that he has been successful and has the right to remain in the UK,’ said Mr Shaw.

‘The Home Office now have two weeks to appeal the decision, but assuming that they don’t, Stiven will be able to start his apprenticeship.

‘Thank you for signing this petition and supporting Stiven. He has really appreciated it.’

Home secretary Sajid Javid grew up in a two-bedroom flat above his parents’ shop in Stapleton Road in the north-east of Bristol with his four brothers.

Mr Javid said in April the area had been dubbed ‘Britain’s most dangerous street’, provoking criticism from local residents who said his comment was not justifiable.

He told youth workers in London: ‘It’s not so difficult to see how, instead of being in cabinet, I could have turned out to have a life of crime myself.

‘There were drug addicts who stood near my school gates and told me if I joined in I could make some easy money.’