Shoppers will soon be able to buy Aldi’s hugely popular Special Buys items and alcohol without leaving the house – as the supermarket is set to launch its first ever online store in Australia.

Every Wednesday and Saturday mornings, the retailer offers one-off seasonal products such as camping gear and ski jackets that attracts huge crowds outside the stores across the country.

However, the online store will offer customers a whole new way to shop from the comfort of their own home.

The new stores set to open across Australia

‘We are likely to start with something more exciting like wine or Special Buys online before we would entertain a full grocery offer,’ Aldi’s chief executive officer Tom Daunt told News Corp.

‘Online in grocery is something we have been watching very closely for a long time, it is still a small part of the industry today but it is growing.’

The move into online shopping comes as the supermarket is set to roll out 20 new stores this year across New South Wales, Victoria, South Australia and Western Australia.

In August last year, it was revealed shoppers were paying strangers to wait in line at Aldi just to purchase Special Buys items on their behalf.

Customers have been finding ways to skip the queue by listing job advertisements on Airtasker in an effort to find someone else to fight the crowds for them.

One shopper, from Western Australia, paid a customer $20 after she successfully purchased an $80 Special Buy item for her.

The ad read: ‘Line up at Aldi tomorrow morning from 8am to try to secure a Special Buys item. I will need photo proof you are there and good communication throughout the transaction. 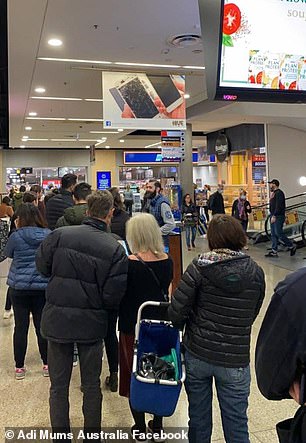 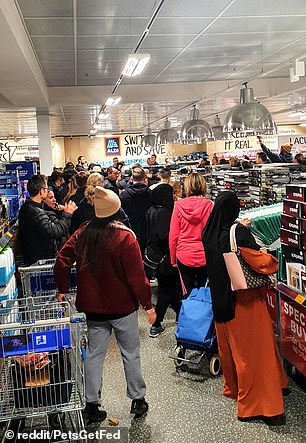 Every Wednesday and Saturday mornings, the retailer offers one-off Special Buys products that attracts huge crowds at Aldi stores (pictured during one of the Special Buys sale) 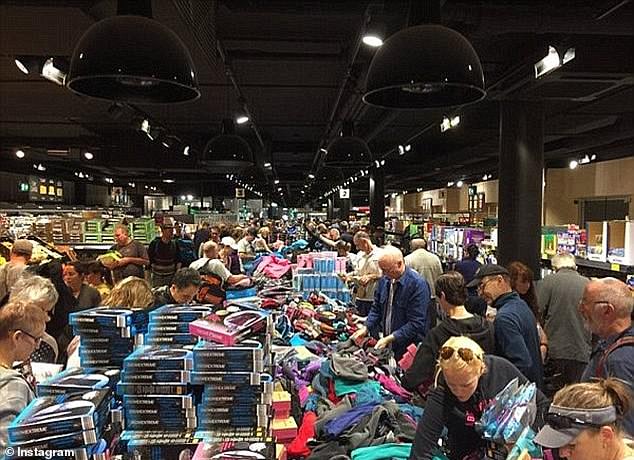 The snow gear sale has been a huge hit in previous years, with pictures showing shoppers scrambling to get their hands on the cheap buys (picture of a snow gear sale in 2017) 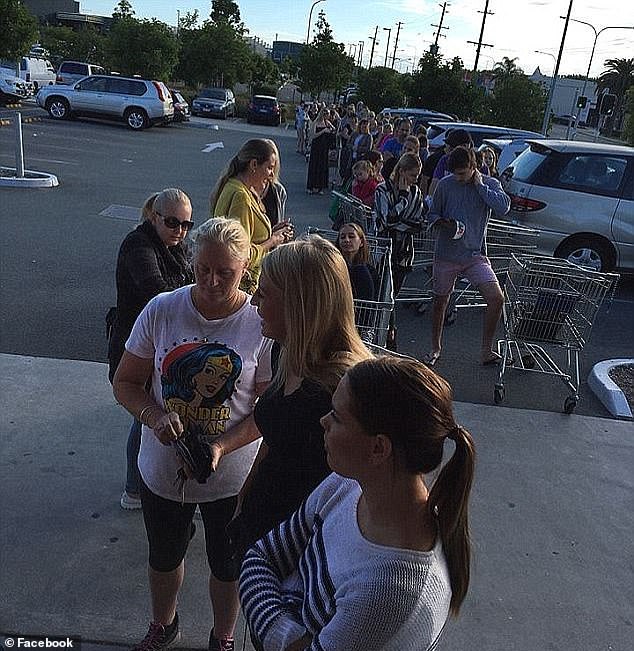 Every year, huge queues stretch out the door as shoppers hope to get their hands on Special Buys items (picture of massive queue winding through a car park outside Aldi in 2016)

‘I need the $80 item bought with your cash as a separate part of this task. When the item is then delivered to an address, the cash will be reimbursed to you on presentation of the receipt.

‘It’s probably a task best suited to someone already going to the shops and lining up for themselves anyway rather than making a special effort.’

Another customer, from Adelaide, paid a stranger $55 to pick up a standing desk from the store during one of its Special Buys sale.

‘I need someone to pick up a standing desk from Aldi this Saturday morning. It is a Special Buys item and I need someone to be at the store as soon as it opens to ensure there is one left to purchase,’ she wrote in her ad.

One Aldi fan, who stumbled across the ad on Airtasker, shared the post in a Facebook group, saying: ‘That’s one way to do it, who would have thought.’

Customers have previously reported ‘chaotic’ scenes in stores, including people ‘scratching’ their way to the front of the massive queues.

Shoppers said they were lucky to ‘survive’ the ordeal and some revealed seeing ‘middle aged women throwing elbows and punches over a pair of ski pants’.

‘Saw a massive fight at my local Aldi last year during the snow sale. Two ladies were going at it scratching, biting and pulling. Then their husbands/partners started belting each other up, it was a sight to behold,’ one shopper shared.

A woman who braved the snow sale said: ‘Crazy psycho people were everywhere’ and another described the chaos as ‘the end of the world’.