Shoppers are delighted after hundreds of Aldi stores across Australia launched baskets as a permanent addition.

The baskets, which were first trialed in select stores in July, will be available nation-wide in 2022 – according to a spokesperson for the German-owned store.

And the roll-out has already began – sparking intense enthusiasm among loyal customers and enticing others into the store.

‘I grabbed one today just for the experience, I only needed sticky tape,’ one woman said – thrilled by the news.

Others opted to use a basket in place of a trolley – because of the novelty of it being available in the store.

‘I was so excited to use one today, then put so much in it that it was almost too heavy to carry,’ one woman laughed in a post about the popular baskets.

But not everyone was impressed.

‘So much for Aldi saying they would never have bells and whistles to save on costs,’ one woman complained.

‘Now they have self-service checkouts, baskets and advertise on television despite saying they never would because they wanted to keep prices low.’

Others said baskets are a waste of time because ‘everyone has reusable bags’. 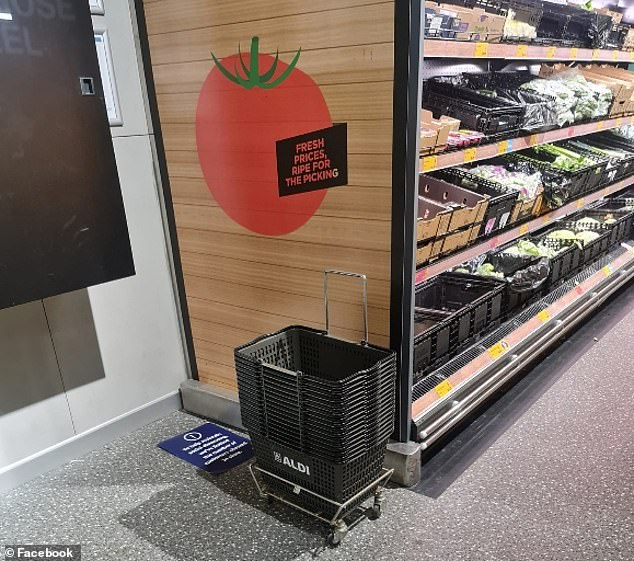 ‘If you remember your bags every time you don’t need a basket, just saying,’ one woman said.

Some laughed and said the baskets would only be useful until they hit the infamous centre aisle – where the special buys are located.

‘Looks good but how am I supposed to fit my milk, bread, a few vegetables and a trampoline in that,’ one laughed.

‘Special Buys sales won’t fit in there – what about my extra Chrissy tree or that greenhouse I didn’t need? Or maybe a new TV?’ questioned another.

This isn’t the first time the idea of the retailer launching shopping baskets has set customers into a frenzy.

When the trial was announced earlier this year shoppers went wild.

Many appeared pleased they no longer have to worry about dropping items on the ground while holding them. 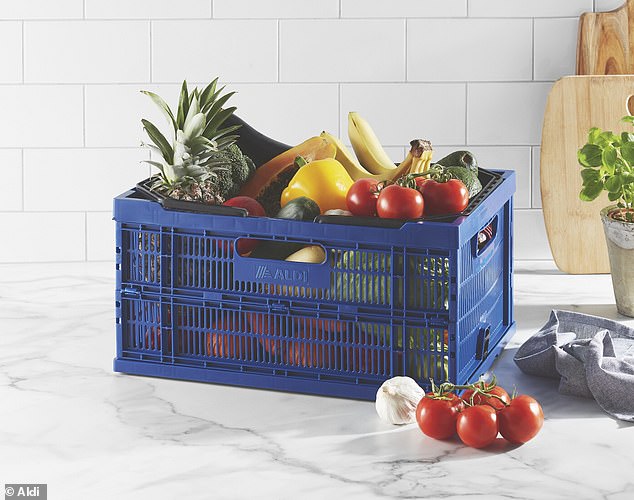 Last year, customers criticised Aldi for selling $10 shopping baskets as part of its Special Buys range, arguing they should supply them for free like every other grocer (pictured)

‘At last, how can a supermarket operate without providing baskets? Makes it so much easier,’ one wrote, while another said: ‘About time… I only go in for a few things but sometimes I could use a basket.’

However, many shoppers pointed out: ‘Don’t get your hopes up people’ because they will ‘all be stolen by customers within a few weeks’.

‘We used to have them at our local Aldi and then they stopped. I asked why and they said it was costing them nearly $1,000 a month in stolen baskets. So fingers crossed they stay,’ one customer claimed.

But some shoppers said it was impossible to steal them because employees working at checkout ensure they don’t leave the store.

‘It was taken from me at the checkout so you can’t take them to your car,’ one said.