A very spicy Christmas! Aldi launches pigs in blankets made with the world’s second hottest chilli

Christmas dinner is not traditionally a spicy affair for most of us, with a dab of mustard usually providing the most heat you’ll find with with a festive feast.

However, German retailer Aldi plans to spice things up this year, with the release of pigs in blankets made with the second hottest chilli in the world.

The ‘scorpion’ pigs in blankets are reserved for bravest diners, as they contain the Trinidad Scorpion Chill, which are nine times hotter than a Bird’s Eye chilli, and until recently was ranked as the spiciest pepper in the world.

German retailer Aldi plans to spice up Christmas dinners this year, as their latest version of the dish contains extra hot scorpion chilli – the second hottest chilli in the world

The sausage meat and bacon in the ready-made dish are Red Tractor approved, and come from 100 per cent British Pork

Explaining the thinking behind the creation, a spokesperson said: ‘Tired of having the same traditional pigs in blankets every Christmas? This year Supermarket Aldi is putting a twist on a Christmas classic, giving you that extra bit of fire on your tongue that you didn’t know that you needed.’

It comes as Femail revealed shoppers could cut the cost of their Aldi shop in half by shopping during a secret ‘bargain hour’ at the start of the day. 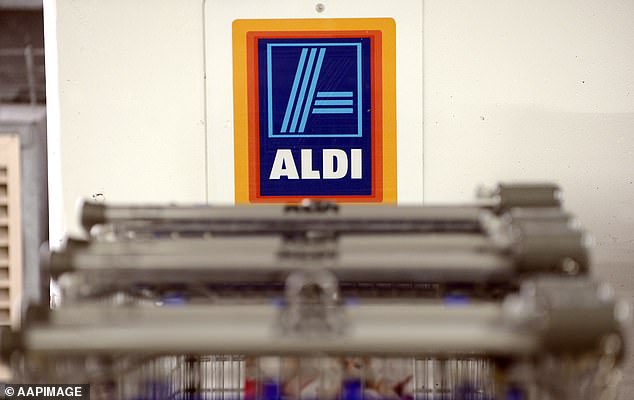 The exact timings of when the reductions take place vary from shop-to-shop, but often it’s within the first hour of the day – so it’s worth keeping an eye out for your locals opening times.

Customers may not be aware of the secret bargain hour, because most supermarket chains do their discounting at the end of the day, rather than the beginning.

This means shoppers might need to head to the store around 8am, often the most quiet part of the day, to get the best bargains.

The exception is on a Sunday when the story does not open until later, meaning shoppers can have a lie-in and head to the shops around 10am.