The win was No. 1,154 for San Antonio coach Gregg Popovich, now one shy of matching Phil Jackson for sixth-most in NBA history. Danny Green scored 15, Manu Ginobili had 14, Pau Gasol scored 13 and Kyle Anderson finished with 12 points and 10 rebounds for the Spurs, who are 4-0 even without injured starters Tony Parker and Kawhi Leonard.

Dragic’s 3-pointer midway through the third got Miami within 61-60. Soon afterward, the Heat were in huge trouble.

Gay – who had Miami on his wish-list of teams when he was a free agent this past summer – scored 15 points in a 32-13 run that San Antonio put together in the next 9 minutes. The Spurs made seven consecutive shots to end the third, scored on 12 of their final 14 possessions of the quarter and led 93-73 when Gay connected on a stepback jumper with 10 minutes left.

Miami got within 98-87 on a 3-pointer by Dragic with 5:33 left, but Aldridge stopped the Heat comeback try with a turnaround jumper and the margin remained double-digits the rest of the way.

Spurs: Aldridge has at least 20 points in all four games this season. Including playoffs, that’s his third-longest streak as a member of the Spurs. … The Spurs allowed 30 first-quarter points, the most they’ve given up that many in any quarter this season. … Parker practiced Wednesday with the G League’s Austin Spurs in San Antonio, and will again Friday.

Heat: Miami led for exactly 2:00. … C Hassan Whiteside (bruised knee) missed his third consecutive game. … Josh Richardson was 1 for 8 in 33 minutes, missing all four of his 3-point tries and fouling out. … The Heat started 16 for 16 from the line, before Waiters came up short with 1:52 left. They finished 17 for 18.

Heat coach Erik Spoelstra gave fans of onomatopoeia a thrill when he switched his starting lineup, putting Bam Adebayo at center to jump against Gasol (though technically, the Bam-Pau matchup was brief and Adebayo opened by guarding Aldridge). Adebayo is the first Heat rookie to start within the season’s first four games since Mario Chalmers and Michael Beasley in 2008.

In the Latin gateway of Miami, Spanish-speaking players always are greeted at Heat games and Ginobili is no exception. Ginobili was swarmed by hundreds for a quick meet-and-greet pregame, taking selfies and giving out plenty of embraces. There were at least a half-dozen Argentinian flags being held by fans as well, and many wore his Spurs jersey. 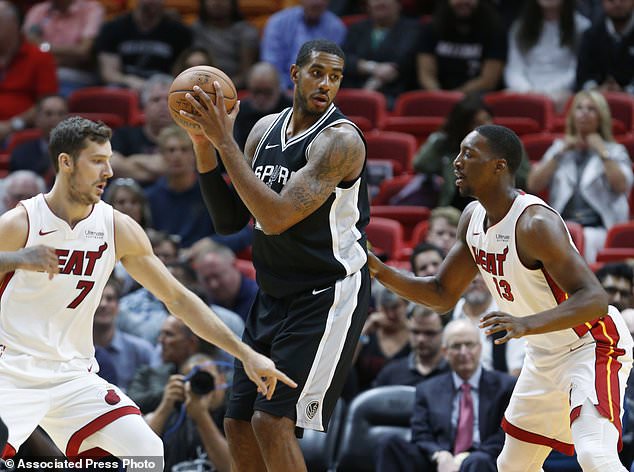 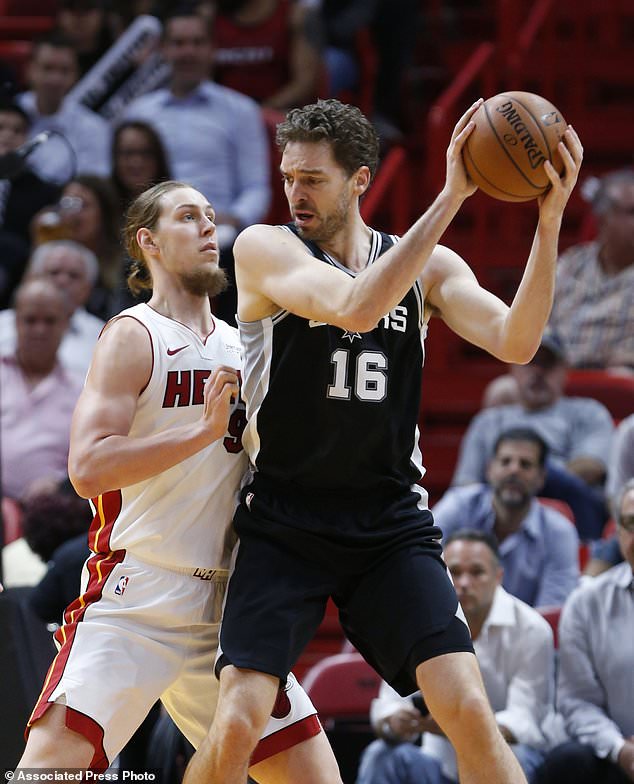 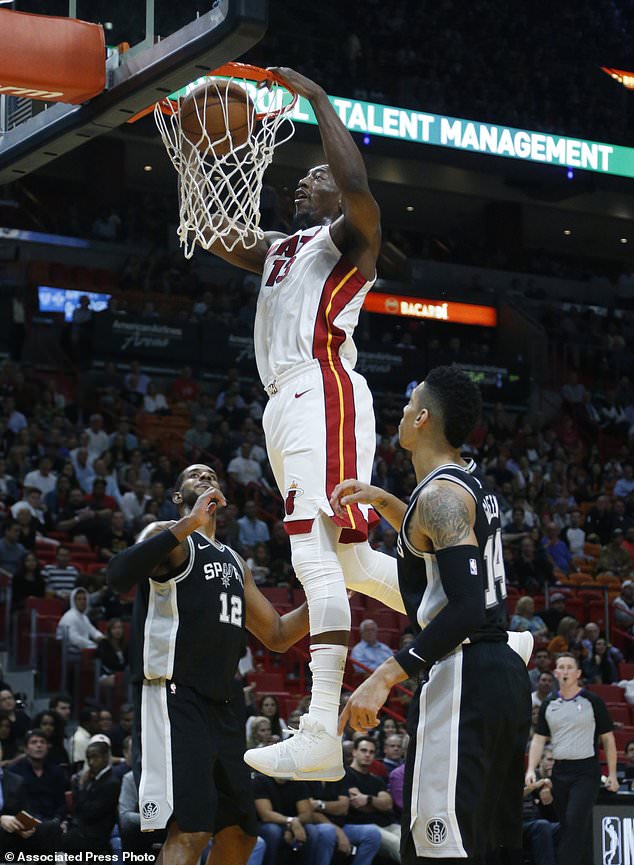 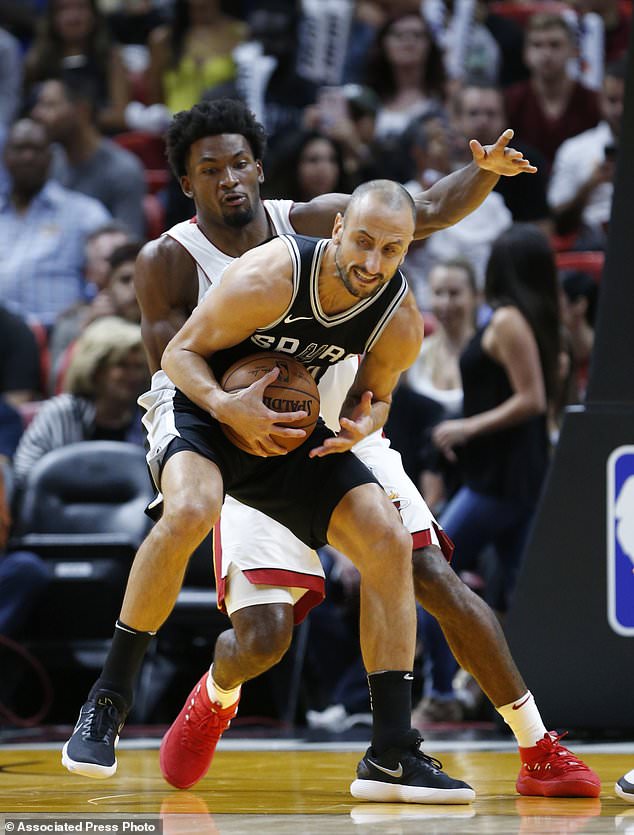 San Antonio Spurs guard Manu Ginobili, foreground, attempts to hang onto the ball as he is guarded by Miami Heat forward Justise Winslow during the first half of an NBA basketball game, Wednesday, Oct. 25, 2017, in Miami. (AP Photo/Wilfredo Lee)