She had a couple of major life changes earlier this year when she quit her long run as a Victoria’s Secret angel and ended her 10-year engagement to Jamie Mazur.

And Alessandra Ambrosio wasn’t missing a step as she put on a leggy display in a PVC mini skirt on Friday.

The 37-year-old model was spotted looking every inch the rock chick, as she headed to Soho House in LA with filmmaker Raul Guterres in tow.

The beauty sported a Ramones T-Shirt, covered by a denim jacket with the collar raised.

The mother-of-two had her chestnut tresses loose, and she had vamped up her make-up from the school run, as she looked party-ready.

She’s been seen a number of times recently with the handsome 48-year-old fellow Brazilian. 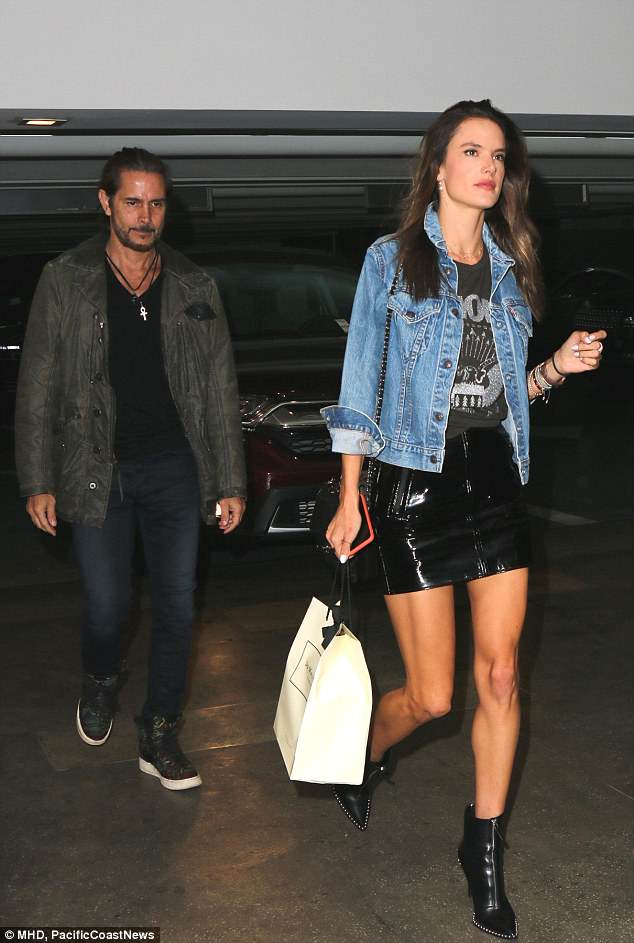 Night out: The 37-year-old model was spotted looking every inch the rock chick, as she headed to Soho House in LA with filmmaker Raul Guterres in tow

The pair’s friendship goes back years with Raul sharing a gushing tribute to Alessandra back in November when she announced she was hanging up her VS Angel wings.

In it he praised her and Adriana Lima for showing the world ‘the beauty of Brazilian women’.

It’s been a time of change in the model’s life as last month as she ended her 10 year engagement to Jamie Mazur.

‘They [have] been trying to keep their split on the down low,’ an insider told Us Weekly. ‘But Alessandra has been out and about ready to mingle and hasn’t been taking Jamie to anything.’

Alessandra and RE/DONE founder Mazur were first engaged back in 2008 and despite their decade long engagement, the couple did not seem to be in any hurry to get married.

‘If I have been engaged to him for eight years, then it’s not my priority,’ she told the publication previously.

‘I have a lot of things going on, and I haven’t got married because I’m so busy. I’ll think about that when I have time off.’

The two had been dating since 2005, and have two children together, Anja and Noah. 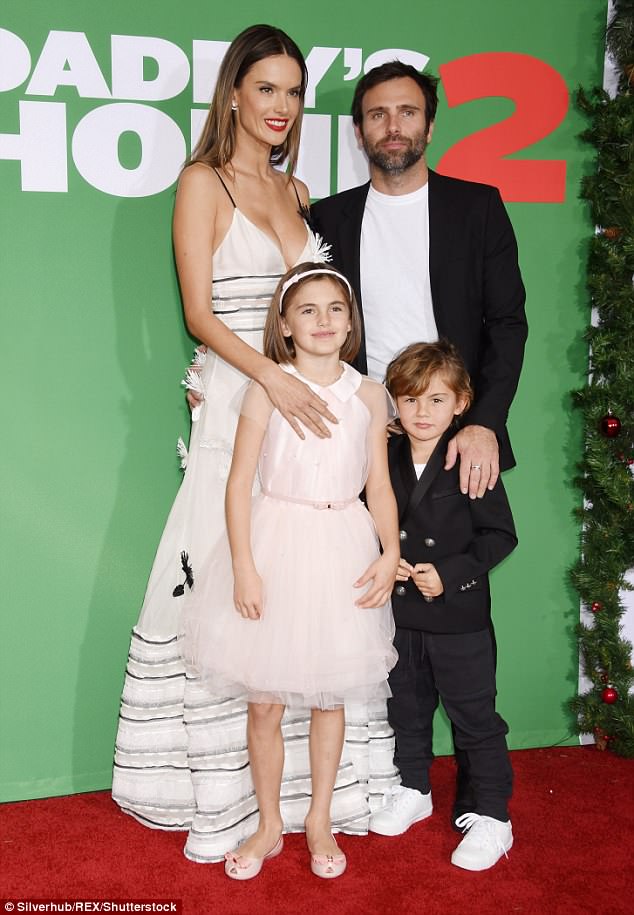 Split: Alessandra and RE/DONE founder Jamie Mazur were first engaged back in 2008, but split last month. They have two children together – daughter Anja, nine, and son Noah, five (pictured in November 2017)