The return of Asda to British ownership under the leadership of Mohsin and Zuber Issa will bring a fresh dynamic to Britain’s grocery market.

It underlines how smart the Competition Commission was to block the Asda merger with Sainsbury’s, which would have cut the number of big grocery chains from four to three.

It is a huge achievement for the Issa brothers, backed by private equity group TDR Capital, and a terrific demonstration of how British-Asian entrepreneurs increasingly drive retail in Britain in the same way as Jewish immigrants founded and developed great enterprises, including Tesco and Marks & Spencer, in the early 20th Century. 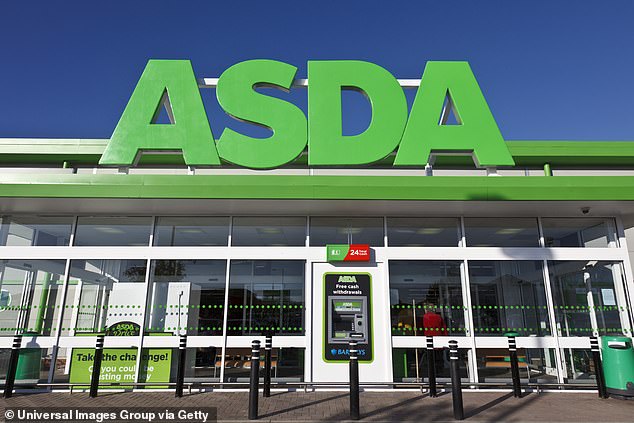 It is a huge achievement for the Issa brothers, backed by private equity group TDR Capital

Historically capital for such enterprise came from banks. My wife’s grandfather Maurcie Lermon turned a haberdasher in the Welsh valleys into nationwide department store chain Macowards with a £10,000 loan from Lloyds Bank.

Private equity ownership is often problematic because of its dependence on the magic of leverage and a tendency to be short-term in its outlook.

Amid the national gloom of Covid-19 and lingering uncertainty about the shape of Brexit, private equity is seeing opportunities in the UK’s greatly undervalued public quoted and private markets.

The decision by insurer LV, the former Liverpool Victoria, to choose Bain Capital as a partner is a case in point.

It is also known that private equity has shown interest in becoming involved with BT amid a sinking share price.

The Competition Commission will likely take a look at the deal with EG, the Issa brothers’ global petrol station enterprise.

Asda has a presence on some 300 UK forecourts and EG on almost 400. Reality is that ownership of convenience stores in Britain is widely dispersed.

Tesco is the biggest player with some 2,500 out of more than 46,000 nationwide. So the competition threat doesn’t seem that serious.

Under new ownership, and run by Roger Burnley, an architect of the aborted Sainsbury’s merger, Asda will be more of a threat to upstart German retailers Aldi and Lidl.

Asda’s past success has been low prices and it will want to reassert its dominance. Value shopping will be much in demand as the pandemic reaps a bitter harvest on the jobs market and household incomes.

Less in the limelight than publicly quoted rivals, Asda had a relatively good pandemic. It increased the numbers of is online customers from 400,000 to 700,000 in line with Sainsbury’s, but behind Tesco with 1.2m.

Regarded as a mature and underwhelming bit of the landscape before Covid, grocery is having a renaissance.

Remote workers are more likely to pop into their local convenience store to buy sandwiches or prepared lunch than Pret a Manger or even Greggs.

Eating and spending more time at home will mean bigger shopping baskets as well as speeding up the switch to online. There is plenty of scope for expansion amid the scramble for delivery slots.

The value in quoted grocers has been underlined by the Czech billionaire Daniel Kretinsky’s shopping basket. He has been buying up stakes across Europe, including Sainsbury’s in the UK, Casino in France and Metro in Germany.

The financials of the Asda deal are unnecessarily obscure, other than the promise to invest an extra £1billion investment over three years. An important thing to note is that petrol stations and grocery stores are both great cash flow enterprises.

Property developer Gerald Ronson built his Heron empire on the back of forecourts. A combination of garages and Asda’s cash flow of around £1.3billion should enable debt obligations to be comfortably met.

After a passage of time, we shouldn’t discount the idea of the Issa brothers and TDR Capital returning Asda to public markets vacated two decades ago.

Had the Trump White House not been paralysed by the president’s Covid diagnosis, the big US election talking point might have been the latest jobless rate, the last data set before the November 3.

After an August jobs surge, the return to work slowed to 661,000 overall in September but numbers were distorted by a falling away of some public sector work.

Encouragingly for Republicans, private payrolls climbed by 877,000. The unemployment rate fell to 7.99 per cent of the workforce from 8.4 per cent. Permanent scarring looks to be far less than after the financial crisis.

But it might be all a bit too late for Trump’s re-election push.