Alex Oxlade-Chamberlain admits he is constantly bemused by how Andy Robertson can be the ‘the worst’ player in Liverpool training yet one of the best when it comes to match day.

Robertson, one of Liverpool’s most consistent performers in recent years, has come to be regarded among the best full-backs in the world.

However, Oxlade-Chamberlain has revealed that the Scot really struggles when his skills are put to the test in drills such as rondos, where a number of players try to keep hold of possession while being pressed by a smaller group.

The Reds midfielder told Sky Sports:  ‘I say to him, everyone, all the time, “How can someone that is so bad in a box or a rondo, like the worst I have ever seen, be so good in a match?”‘

‘You watch him in a rondo, and he’s like he has never played football before. He gets in a match, and he’s so reliable, it’s a skill.’

Robertson has made 138 appearances for Liverpool since joining from Hull City in 2017, contributing five goals and 32 assists as well as helping the team lift the Champions League and Premier League.

Oxlade-Chamberlain also has some words of praise for new Anfield star Thiago.

‘He has been one of my favourite midfielders for years,’ the 27-year-old added. ‘To see him do what he does daily, he is a top, top player.’ 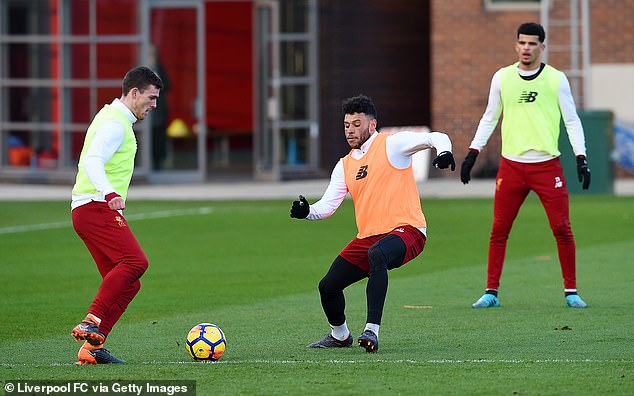