When Damien Veal tells people what he does for a living the reaction is either one of fascination or horror.

The former teacher works as a correctional officer at Canberra’s Alexander Maconochie Centre, Australia’s newest major adult prison, which has repeatedly been in the news for all the wrong reasons.

Although it was designed to be a state-of-the-art model prison that focused on rehabilitation rather than punishment, the jail has been dogged almost from inception by reports of violence, drug use and failure to reform inmates.

CO Veal admits when he started at the jail ‘morale was pretty low comparatively’.

‘Working with people in the last six months there has been a real effort to bring everyone together and lift everyone up a little bit,’ he said.

In terms of his unusual career shift, the 46-year-old says being a prison guard is not ‘dissimilar in a lot of ways’ to being a teacher.

He admits some are surprised to find out his occupation because he doesn’t match the expectations of the tyrannical, perhaps even sadistic, prison guard as so often portrayed by Hollywood.

‘The reaction I get is quite mixed,’ he said.

‘Some people are quite fascinated about what it’s like. 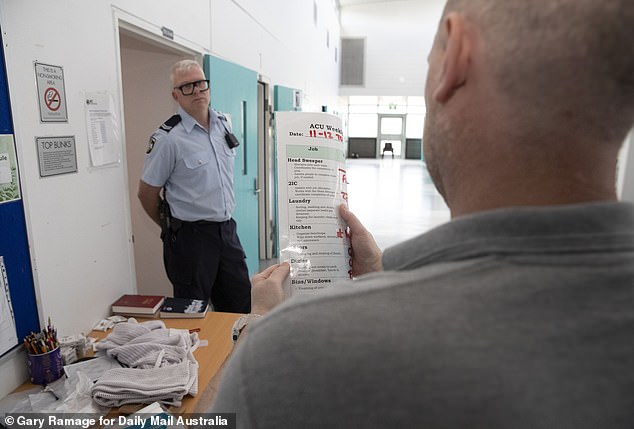 ‘Some people are pretty horrified because they base it on the stereotypes that are out there but generally it’s “that’s very interesting” and wanting to find out more kind of response.’

For CO Veal the most challenging aspect is the unexpected nature of the job.

‘We are always living under the threat of incident – that’s the nature of the beast,’ he said.

‘Coming out of that is the camaraderie among staff, there are fantastic here and we all get on really well.

‘We all support each other really effectively.’

CO Veal said he had never been threatened or targeted but sometimes had to step in to break up fights and been in situations where he thought it could ‘turn bad’. 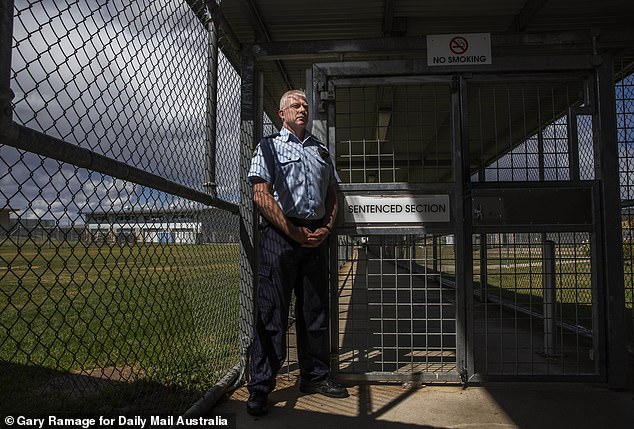 Perhaps the most harrowing involved a riot of 27 inmates in November 2021 who refused to go back to their cells and fights broke out.

CO Veal said it had been an ‘intense situation’ where he spent 18 hours at the centre as the detainees torched an accommodation unit before a negotiated truce was reached.

‘It taught us a lot moving forward,’ he said of the experience.

Co Veal decided to make the switch from teaching three years ago.

‘I wanted a challenge,’ he said.

‘I wanted to try something different as well but still feel I was making a contribution to the world.’ 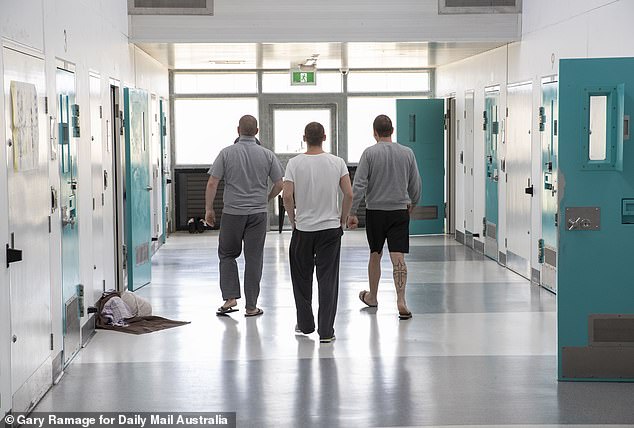 To qualify he did 10-week course onsite and completed a certificate three qualification in Correctional Practice.

Salaries for ACT Corrections Officers start at $69,433 and can climb up to around $122,000 for the most senior ranks.

CO Veal said officers need a particular blend of traits to be successful in the job.

‘You need someone who is empathetic, realistic, responsive, flexible and able to move with the times and think creatively,’ he said.

‘It takes all sorts and we have all types of people working here but I think we all have those traits and characteristics.

‘It is a bit of give and take constantly responding to a shifting environment.

‘I find it quite challenging, I actually really like it.’

Although it is vital to build rapport with prisoners there is a fine line to tread, with an unspoken rule that he will never break.

‘We are friendly yes, but being a friend with inmates is a “no”.

‘Friendly works and if we are able to do more of that stuff on the coalface that eliminates potential issues.

‘I have thought that prisoners are trying to manipulate me, or use me. I am aware of it.’

The officer shot down some of the stereotypes of prison life from TV and the movies.

He said people in the ACT jail don’t form into ethnic groups or clans and newcomers didn’t have to prove themselves by ‘taking on’ the hardest prisoner in the unit.

A recent report into the Centre identified a lack of structure and boredom as being major problems with some inmates not bothering to get out of bed until lunchtime.

CO Veal admitted that was still happening in some areas.

However, he believed a new program that was rewarding and modelling positive behaviour was ‘shifting the focus away from punishment to reward’. 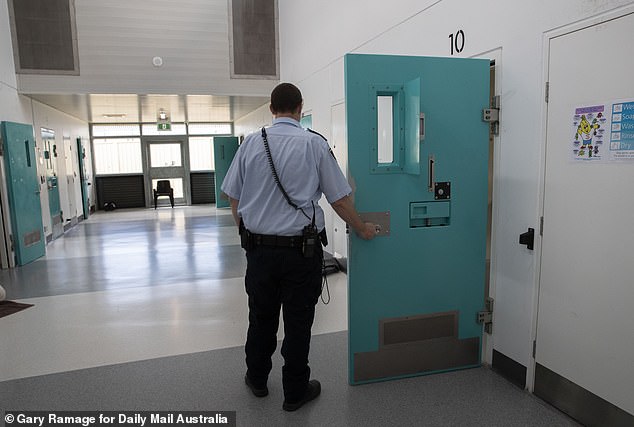 ‘I have been enjoying the new opportunities in the last six months.’

Asked whether his career swap would be permanent CO Veal said ‘at this stage absolutely’.

As much as he’s enjoying career satisfaction, it’s still a relief that it’s just a job.

‘It’s a nice feeling leaving each day of course,’ he said.