He is one of Hollywood’s hottest hunks, thrilling fans with his turn as long-locked hero Tarzan.

But Alexander Skarsgard proved he can leave his vanity at the door as he shocked fans with a very different look on Thursday night.

The handsome True Blood star, 41, turned heads on the red carpet as he showed off a bald new look – and looked strikingly similar to British royal Prince William.

Alexand-hair the great: Alexander Skarsgard proved he can leave his vanity at the door as he shocked fans with a very different look on Thursday night

Louis Vuitton event certainly looked like quite the intellectual as he posed with his striking new haircut in a suit, opened necked-shirt and leather shoes.

But the 41-year-old did not seem so proud of his look earlier in the day, when he was spotted wandering around the Big Apple with a woollen hat covering his chrome dome.

It appears to be a new look for an acting role, with his only current project in pre-production being Fever Heart, which tells the story of an amnesiac who teams up with a sharp shooter.

It sounds like a winner already, as acting prodigy Cara Delevingne will be playing a quick-witted gunslinger in the gothic romp.

Meanwhile his Big Little Lies co-star has Nicole has likened kissing the hunk to smooching a tailor’s dummy. 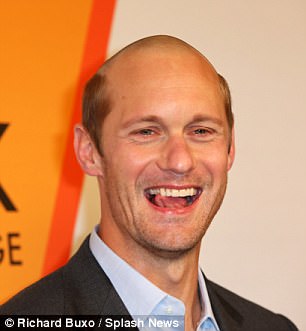 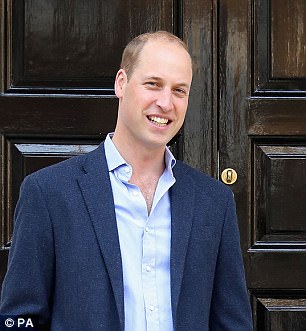 Untrue bald: The True Blood hunk seems to have shaved his head for a role 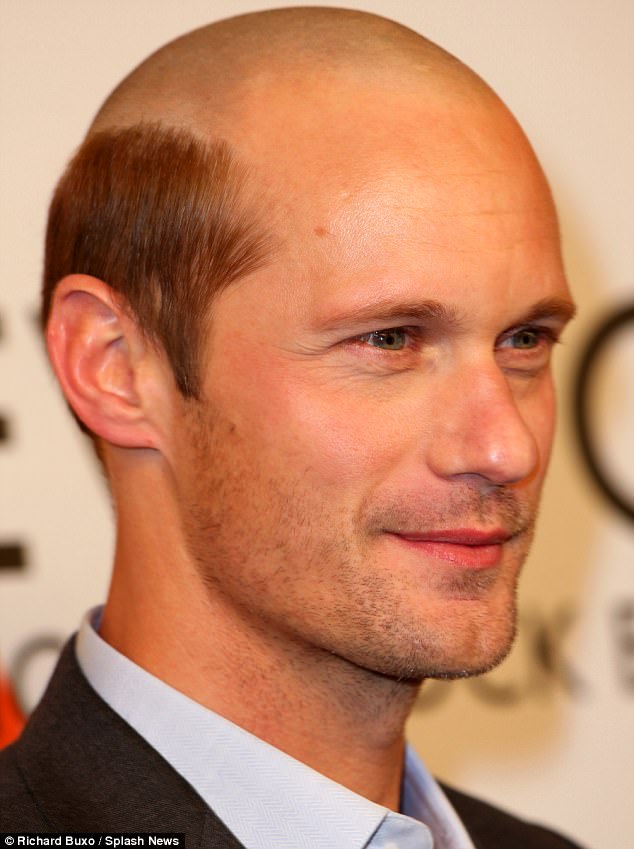 By royal appointment: He bore a passing resemblance to Prince William with his new cut 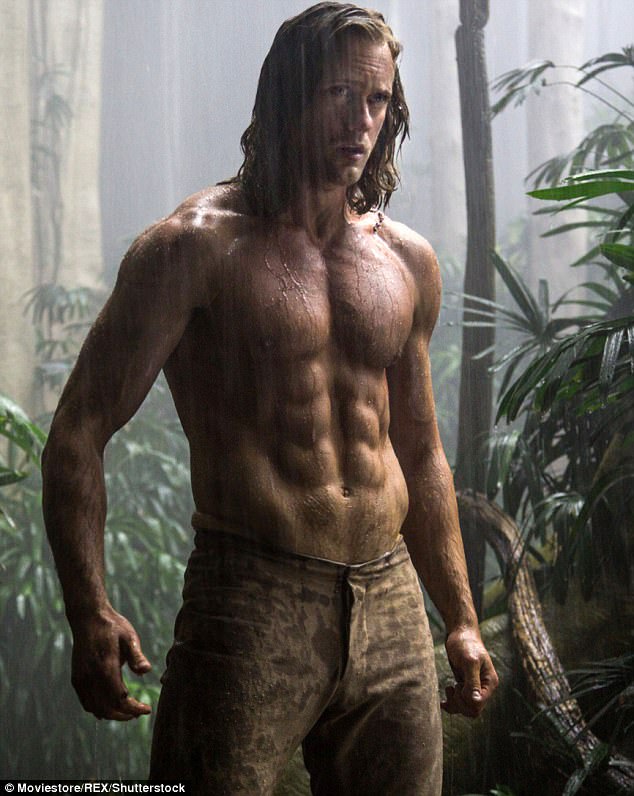 Lording it over the apes: His long locks and toned abdominals were among the few highlights of last year’s The Legend of Tarzan

The 50-year-old made the quip when chat show host Graham Norton showed a snap of her sharing a kiss with the beefcake at the Emmys, as her cuckolded spouse Keith Urban watched on.

Red-faced Nicole joked Graham was being ‘provocative’ before reminding him that ‘I kissed my husband too!’

Nicole retorted: ‘I did kiss [Urban]. But you’ve got to understand I did everything with Alex [Skarsgard]!’

‘I’ve got an amazing, supportive, gorgeous husband who I love more than anything in the world and I gave Alex a congratulatory kiss and he’s like a mannequin,’ she added.

As the audience erupted into laughter at what many perceived as a dig at Skarsgard’s kissing skills, Kidman realised that she was potentially making it worse. ‘I mean not a mannequin! I’m done.’ 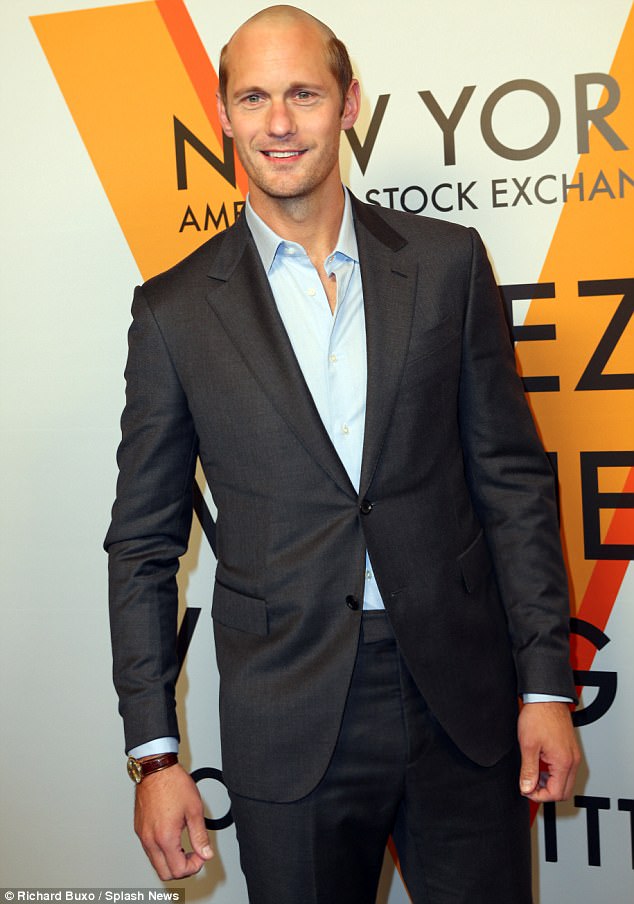 Added gravitas: The Leeds Beckett University dropout certainly looked like quite the intellectual 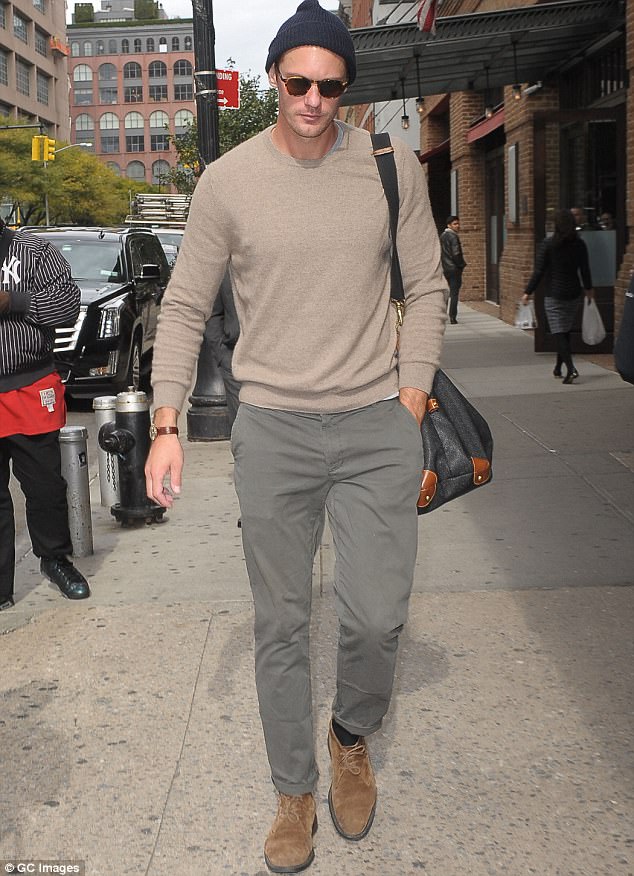 Going undercover: The bashful star hid his baldy bonce underneath a woollen hat earlier in the day 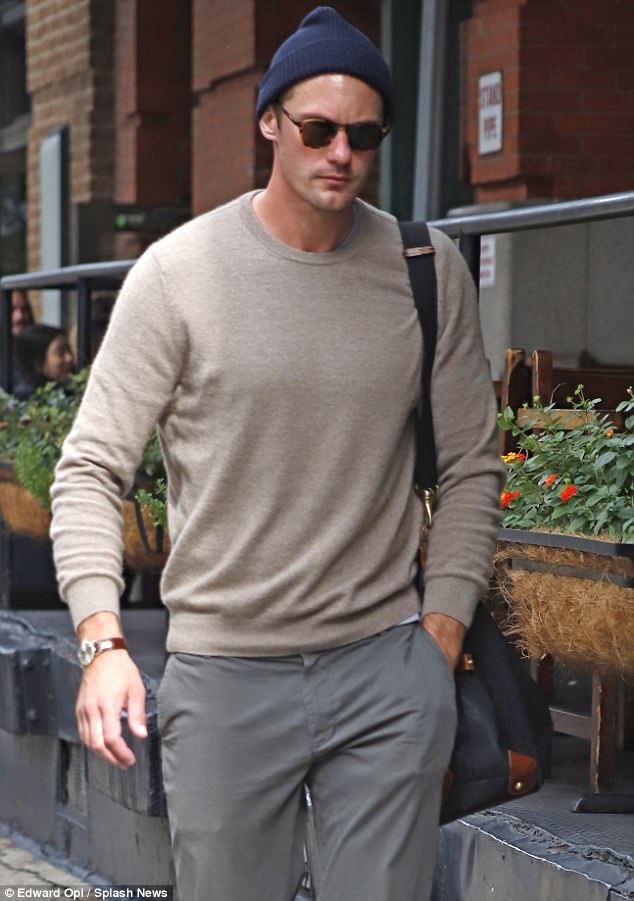 All he needs is a fishing rod: The trendy star wore his hat in the style of a garden gnome