Congresswoman Alexandria Ocasio-Cortez says she wants to model her socialist policies off of European countries and not those of Venezuela.

In an interview with Anderson Cooper, the newly sworn-in House Rep laughed when asked if what she has in mind for the US mirrors the oppressive socialist regimes found in the former Soviet Union, Cuba or Venezuela.

‘Of course not. What we have in mind and what my policies most closely re-resemble are what we see in the UK, in Norway, in Finland, in Sweden,’ Ocasio-Cortez said.

The Congresswoman delved into her policies and ambitions during Sundays CBS 60 Minutes interview, just days after being sworn in as the youngest congresswoman ever elected to Congress at 29.

Alexandria Ocasio-Cortez sat down with Anderson Cooper for CBS 60 Minutes and laughed when asked if what she has in mind for US socialist policies mirrors that of the former Soviet Union, Cuba or Venezuela

During the interview, Ocasio-Cortez elaborated on her plans for universal healthcare, tuition-free public college and combating climate change.

She shot back at critics who question her progressive agenda, such as Senator Chris Coons who deemed her proposals ‘unrealistic’.

‘We pay more per capita in healthcare and education for lower outcomes than many other nations. And so for me, what’s unrealistic is what we’re living in right now,’ she said.

‘We only ask how we pay for it on issues of housing, healthcare and education. How do we pay for it? With the same exact mechanisms that we pay for military increases for this Space Force.’ 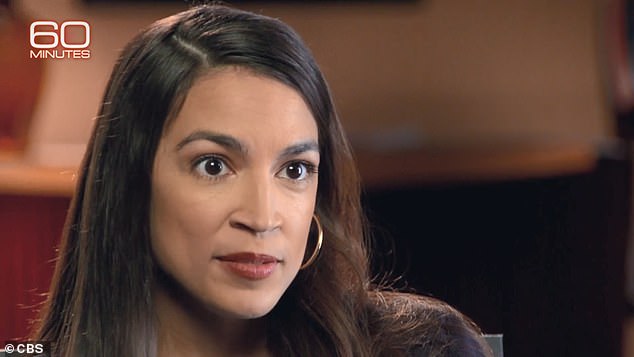 Instead she said she wants to model socialist policies off of European countries, such as Norway, Sweden and Finland 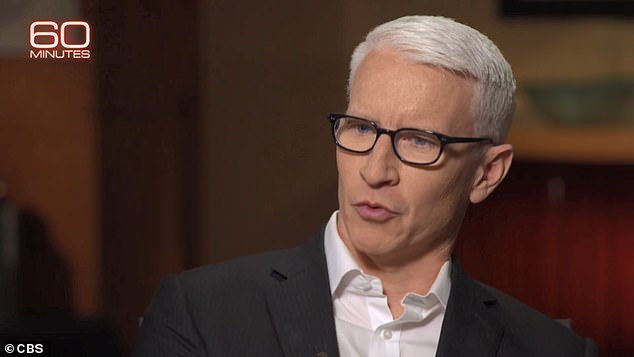 During the interview, Cooper asked if she thinks President Trump is a racist. To which Ocasio-Cortez emphatically said yes

At one point, Cooper blatantly asked if she believes President Trump ‘is a racist?’

‘Yeah. Yeah. No question,’ Ocasio-Cortez replied. ‘When you look at the words that he uses, which are historic dog whistles of white supremacy.’

‘When you look at how he reacted to the Charlottesville incident, where neo-Nazis murdered a woman, versus how he manufactures crises like immigrants seeking legal refuge on our borders, it’s night and day,’ she added.

Ocasio-Cortez, who represents New York’s 14th District (parts of Queens and the Bronx), said Trump was a ‘symptom of a problem.’

‘The President certainly didn’t invent racism,’ Ocasio-Cortez said, ‘but he’s certainly given a voice to it and expanded it and created a platform for those things.’ the type of socialism found in the former Soviet Union, Cuba or Venezuela.

Trump ‘has repeatedly condemned racism and bigotry in all forms,’ according to the White House.