‘Everybody is asking “where was Gio Reyna?”‘: Alexi Lalas questions why USA coach Gregg Berhalter didn’t bring the Borussia Dortmund star on after Wales hold USMNT to frustrating 1-1 draw at World Cup in Qatar

As the United States chose to sit comfortable with a 1-0 lead and allowed Wales to attack, manager Gregg Berhalter decided to wait until the 74′ to bring on his first substitutes at the 2022 FIFA World Cup.

The USMNT chose to sub on Brenden Aaronson, DeAndre Yedlin, Haji Wright, Kellyn Acosta, and Jordan Morris in their 1-1 draw with Wales – with only Morris’s substitution coming after the tying goal from Gareth Bale.

It led some to ask questions about players left on the bench who could have improved the attack – including Gio Reyna, who was specifically mentioned by Fox Sports commentator Alexi Lalas in his initial post-match reaction.

Berhalter told ESPN’s Jeff Carlisle, ‘It was trying to get [Reyna] up to speed.,’ and that ‘there was some tightness we were guarding against’ when the Americans played a scrimmage against Al-Gharafa earlier. 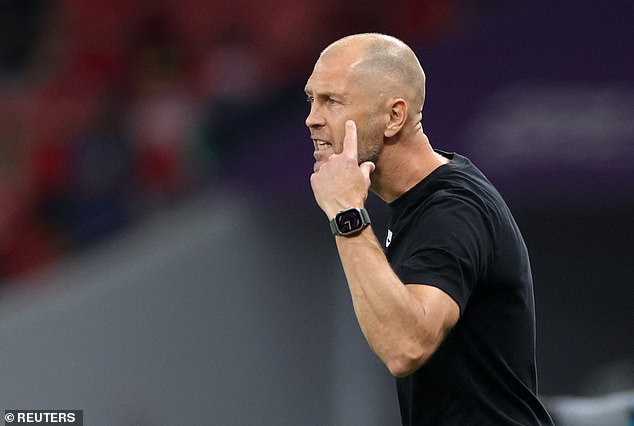 ‘Everybody is asking, “Where was Gio Reyna? Why didn’t he come on the field?”,’ Lalas wondered on air after the match.

The decision to bring on Morris for goal scorer Timothy Weah late in the match served as the fifth and final substitution at a time where there was very little left in the match.

Even with the disappointment of the result, Lalas still held the belief that the United States could find a way to the knockout stages.

‘So, ultimately, there is still a pathway out but they made it a whole lot harder on themselves, because this Wales team wanted nothing to do with this game in the first half and the US should have shut it down and made it an easy day.’ 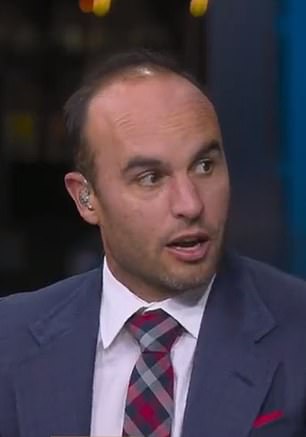 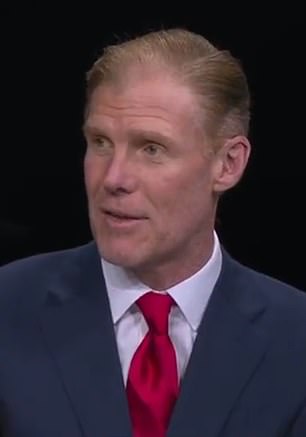 ‘Unpack all this for a moment: we’re living it – well, at least I was and I know you guys were – as fans too. And ultimately, the second half is making us feel a certain way about what happened.

‘But, in the end you have a point. It’s more than Iran has. It’s a good start, not a great start… it feels like you gave away two (points). And that’s what’s hard about it.’