Alexis Sanchez was close to Man Utd move under Ferguson

Alexis Sanchez gave his first in-depth interview since he was announced as Manchester United’s latest signing and the Chilean admitted his pride at being given the club’s iconic No 7 jersey.

Speaking to MUTV, Sanchez explained how he nearly came to join the club under Sir Alex Ferguson, how he feels representing Chile at Old Trafford and his desire to win trophies with the Red Devils.

Alexis, welcome! How does it feel to call yourself a Manchester United player?

Since I was a young lad I’ve always said that my dream was to play for Manchester United, and I’m not just saying that because I’m here now and today it’s come true. I always said as a kid that I’d like to play for United and I once spoke to Sir Alex Ferguson about it.

We chatted for around 20 minutes. And I told him that my dream was to come here to Manchester United. It really is a massive club, very powerful, and so now, when I got the opportunity to come here, I looked at the badge and my hairs just stood up on end because it’s a powerful club and the biggest in England.

What do you think you can achieve at Old Trafford?

I believe that at this club it’s possible to achieve anything. The badge says it all, it’s a huge club on a worldwide scale, and I want to come here and win everything: the Premier League, the Champions League, and whatever comes the club’s way in the future.

You mentioned that you maybe had a chance to join the club when Sir Alex Ferguson was manager, so is it something that you’ve thought about since and have been determined to do?

Absolutely right! I’ve always been motivated by this club, by their red colours, which have always stood out for me and I’m genuinely saying this from the heart when I tell you that this is like a dream come true for me, playing for Manchester United. It makes me feel really happy and I’m so pleased to be here at the ‘Theatre of Dreams’ as everyone calls it!

How big a part of this is Jose Mourinho?

He indicated it is important for the club for me to be here. I also believe that the club itself cared about me joining, and I got the impression that they were keen for me to come here and wear the number seven shirt.

I think that also gets through to the player. Players sometimes need to feel important and loved by the club. That was one of the things that attracted me to come here, along with the manager, who is a person who won everything in Italy, the same as he did in Spain, and he’s a manager who likes to win. 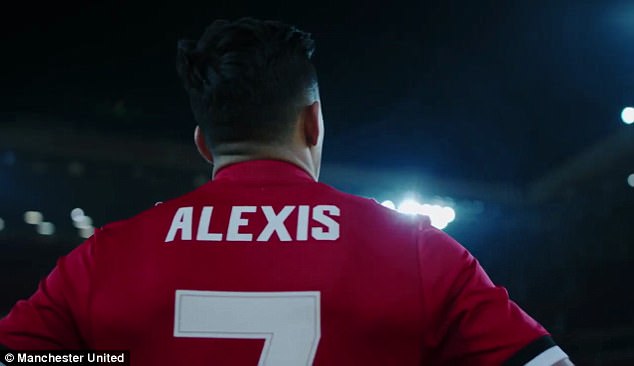 The No 7 shirt is an iconic and historic one at United, featuring a select group of legends. How important is that number to you, and how proud and important is it for you to be the next player to follow in the footsteps of the likes of Best, Cantona, Beckham and Ronaldo?

When they told me that Cristiano (Ronaldo), (Eric) Cantona, David Beckham had all worn it, just thinking about that number seven sets you off dreaming in your head with ideas about lifting the Champions League trophy and winning the Premier League title. So yes, I’m fulfilling a dream and I hope to give my very best and win many trophies at this club.

Jose has said the togetherness and bond among this United squad is among the best he’s ever managed. How much are you looking forward to joining this family of players?

Of course. I believe that having a family in the dressing room is very important when it comes to winning trophies. I played in Spain and we also had a very good dressing room and I won a lot of things. So I think that in my experience of being in dressing rooms, it’s so important to have a really good group.

I also think that the club always needs to be strengthening and bringing players in, and in this instance that’s why I’m here, to work hard for the team, and to try and win everything with them.

I’ve not had the chance to get to know them personally or spend time with any of my team-mates up to now, but of course I know them from having played against them in the past. I believe that David De Gea is one of the best goalkeepers in the world right now. He’s a player who I’ve always found it hard to score past, and so for me he is right up there with the best keepers in the world. 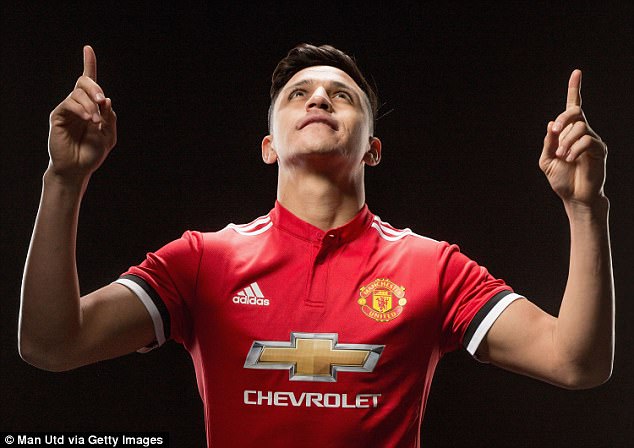 How would you describe your strengths as a player?

I’m a player who likes to win everything. I’m very professional in everything I do. I live for football. I love football. It’s what I’m passionate about. I train hard every day and after a game I try to look at what went well and where I can improve. I really like to play down the left, through the middle… but to tell you the truth, as long as I’m playing football, I’ll fit in anywhere!

Of course, today must be a very exciting day for your family and friends – how much are looking forward to bringing them on this journey with you in Manchester, and of course your dogs Atom and Humber?

[Smiles] Atom and Humber are my mates, my kids, the ones who are with me every day and who I spend time with. They see me when I get home tired and feeling a bit low, and they can understand you and how you are every day.

They are the ones who are there for you after a defeat or a win, and they are always waiting for you with the same expression on their faces. It’s worth a lot that they understand you and just want to make you happy. 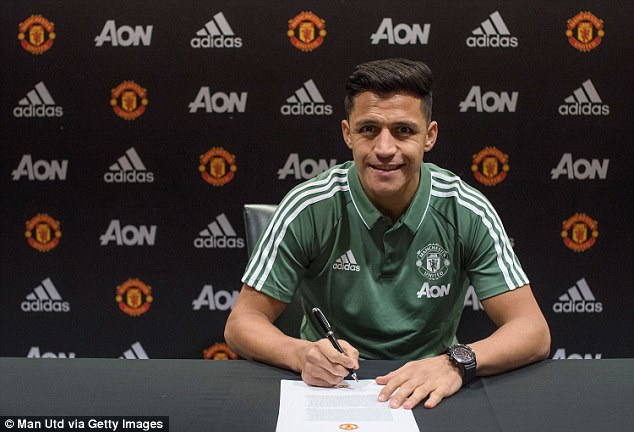 What will be the reaction in Chile upon you becoming the first person to play first-team football for United? What’s your message to the fans in Chile?

I think that being the first Chilean to play for United’s first team is something that means a lot to me. Like I always say, playing for Manchester United is like a dream come true, but it’s not something that I can measure or evaluate. I still think I’m playing back home in the street in my town with my mates.

That’s why I love the game, and mostly I don’t pay too much attention to social media or look at stuff that’s out there. I just try to be happy playing my football. That’s what my mum always says, “enjoy your football because that’s what you really like doing best.”

What sort of impression has this transfer made in Chile – has it caused a stir?

I think that people in Chile think a lot of me, they really do, and I’m really grateful to them for this affection that they have and I think it will be quite something to be the first Chilean to play for United’s first team. It certainly means a lot to me and I hope it makes a big impression back home.

What’s your message for the Manchester United fans around the world?