Alfie Moon ‘will make shock return to EastEnders in 2018’

Alfie Moon will reportedly make a shocking return to EastEnders next year – despite appearing to die in the soap’s spin-off series Redwood.

Viewers looked on in horror as Shane Richie’s character was seen flat-lining in hospital after an operation to remove his brain tumour went wrong.

But bosses are allegedly planning for the fan favourite to reunite with wife Kat – who is returning to the soap in 2018 after almost drowning in the Irish sea in Redwood.

Rumour has it: Alfie Moon will reportedly return to EastEnders to rejoin his wife Kat – who is confirmed to be rejoining the soap next year

Just as Kat survived her near-drowning, there is fresh hope that Alfie could have been resuscitated in the explosive series finale back in June.

Discussing his possible return, show boss John Yorke told The Mirror: ‘Alfie will always be part of the EastEnders family.’

Richie, who is currently starring in pantomime Robin Hood in Woking, Surrey, is in talks to reprise the role, according to the publication.

The speculation comes after it was revealed that the Slater family will be returning to Albert Square. 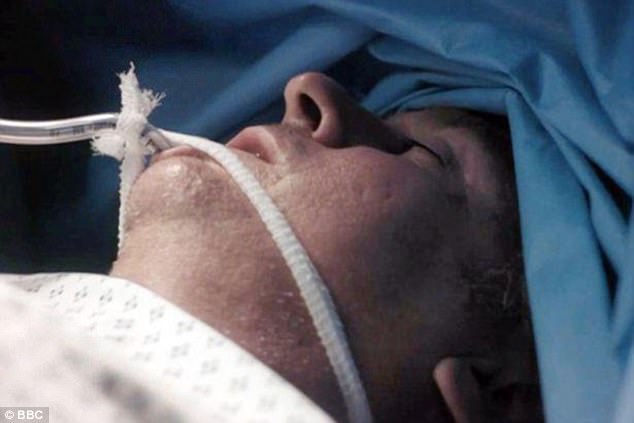 Nightmare: Viewers looked on in horror as Shane Richie’s character was seen flat-lining in hospital after an operation to remove his brain tumour went wrong 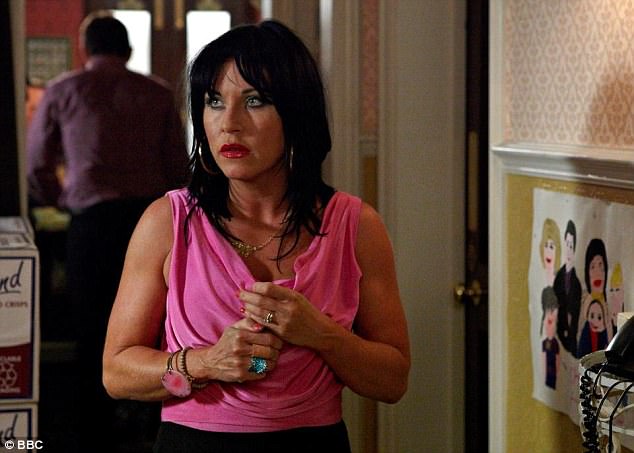 Plot twist! Jessie Wallace will return to EastEnders as Kat Moon in early 2018 despite apparent onscreen death in a bid to get viewers back on board

Tamzin Outhwaite is also returning to the show to reprise her role as Melanie Owen.

A source also told the paper: ‘The aim is to establish the Slaters once again as a force of strong women to be reckoned with.

‘Alfie’s comeback is some way off but it was always the plan to reunite them. Who could resist a bit more Kat and Alfie?’

Discussing her return, Jessie Wallace said: ‘I am thrilled to be returning to EastEnders next year and knowing what John Yorke has in store for the Slaters is incredibly exciting.

‘I love Kat and Walford dearly and I cannot wait to get started – watch out Walford, Kat’s coming home.’ 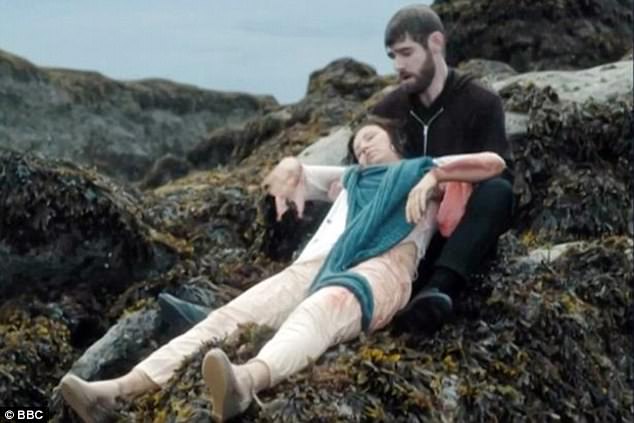 Traumatic scenes: Kat was last seen on the show unconscious and, apparently, not breathing after being cut by a propeller and dragged back to a beach

‘Thankfully, Kat and Alfie are not dead. That’s as much as I know,’ he confirmed. ‘You know what I love? Every time you get actors, they always say, “Never say never”. And I’ve watched and I’ve gone, “Shut up, never say never”.

‘Because all these actors make out it’s their decision whether they go back or not, and it’s bollocks. It’s never their decision.

‘So I’d like to sit here and go, “Maybe I’ll see how I feel about it”. Trust me, if I get the phone call from EastEnders… I loved being there. I’ve got a lot of friends that are still there. If I got the phone call to come back, I’d love the idea.’ 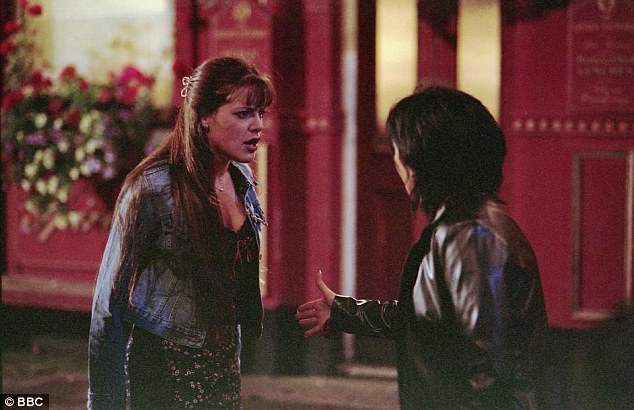 Legendary! The star helped boost ratings alongside her family when they arrived on Albert Square in 2000 – and starred in one of the show’s most memorable storylines, when she told her ‘sister’ Zoe (played by Michelle Ryan, above) that she was actually her mother

Jessie, 46, had left EastEnders alongside co-star Shane to star in the spin-off Kat & Alfie: Redwater.

With her romance with Alfie being a focal storyline for Kat throughout the soap, it was believed that things would go well.

But while viewership started strongly, by the second episode the ratings for Redwater had dropped by two million so it was quietly cancelled soon after.

The series saw the couple head to Ireland to attempt to find a child Kat never knew she had – a far-fetched tale that had left viewers and critics divided. 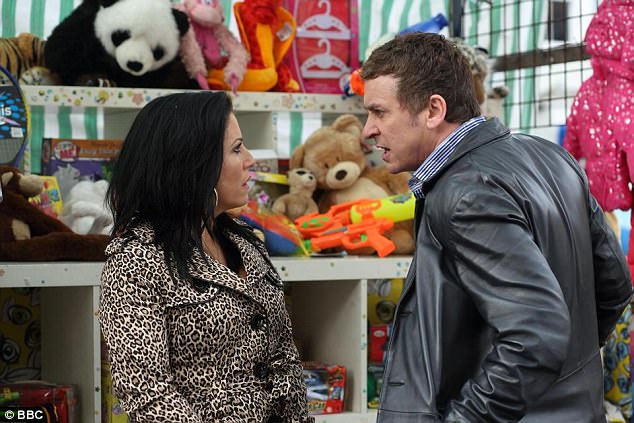 New storylines: The 46-year-old actor left the long-running show with her co-star Shane Richie, who plays her onscreen partner Alfie Moon, to star in the spin-off Kat & Alfie: Redwater

The twist in the pilot episode was that Kat’s son’s identity was revealed – which fans said they considered to be one of the draws of the show in the first place.

Kat was last seen on the show unconscious and, apparently, not breathing after being cut by a propeller and dragged back to a beach.

Alfie, meanwhile, was on the operating table for a brain tumour and was in need of resuscitation after his heart had stopped beating.

A show source told The Mirror: ‘Kat Slater was a huge and popular character in EastEnders and John was in charge when the Slaters first came into the soap.

‘Her marriage to Alfie Moon was one of the biggest relationships in the soap.’

Jessie shot to huge fame playing Kat, a member of the popular Slater family, in 2000 and has appeared on the soap on and off ever since. 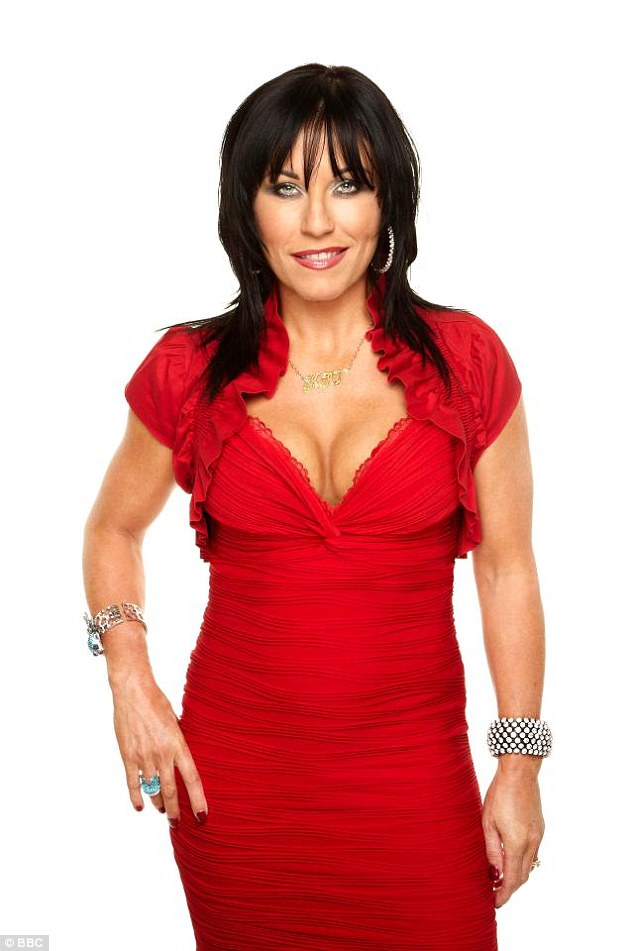 Reaching for the stars: Jessie shot to huge fame playing Kat, a member of the popular Slater family, in 2000 and has appeared on the soap on and off ever since.