Alfred Molina is not sure if he is working class anymore

Never mind the memorable roles in more than 50 movies or the plethora of stage awards – if you want to know what really marks Alfred Molina out from his peers it is this: he has twice been made into a Lego figurine. After playing Satipo in Raiders Of The Lost Ark and Doctor Octopus in Spider-Man 2, both characters were turned into two-inch-high toys.

‘I’m not sure that is an indication of my quality so much as the amount of work I’ve done,’ smiles Molina as he takes a break from rehearsing his latest stage show. ‘And I’ll tell you why I’ve done so much: I never say no.’

Theatregoers will be delighted he didn’t say no to a revival of John Logan’s play Red, which opens this week in London. The drama centres on the crisis of conscience that gripped the American artist Mark Rothko after receiving a lucrative commercial commission. The two-hander was first performed – with Molina spellbinding as Rothko and Eddie Redmayne magnificent as his assistant – at the Donmar Warehouse in 2009 before it transferred to Broadway, winning a flurry of awards, including a Tony for Best Play.

This marks the first time that Molina – a resident of Los Angeles for the past 28 years and now a US citizen – has worked in the city of his birth since that run at the Donmar.

‘Each time I come back I feel less and less a Londoner. The London I knew is disappearing,’ he says. Nowhere more so than Notting Hill, where he was brought up. Back in the Sixties it was a working-class immigrant neighbourhood. ‘Pre-Julia Roberts’ is how he describes it. ‘Let’s just say, you couldn’t buy a cinnamon latte anywhere.’

Things have changed somewhat, as he discovered after taking a walk around his old haunts. ‘I didn’t recognise the place. Though I did see a pie-and-mash shop. I couldn’t remember if it was there when I was a kid, so it might have been a modern take on it. Artisanal pie and mash.’

Molina, like a majority of those living around him, was the son of immigrants: his Spanish father worked as a waiter, his Italian mother as a cleaner. It was growing up surrounded by a babel of accents that he thinks was where he picked up his facility with a dialect.

Molina’s careworn expression, he admits, was never likely to land him the young romantic lead. After he graduated from the Guildhall School of Music and Drama, he picked up bits of work in street theatre, in a company touring schools. But for two years there was nothing.

‘My dad thought acting was a reckless choice of profession. So when I was out of work and he got me a job as a waiter, he thought I’d see sense. I was a good waiter, and I turned down the chance to train as an assistant manager. The most I’d earned as an actor was 15 quid a week, which was half what I could have made as a trainee assistant manager. My dad couldn’t understand it. He had this look on his face you’d reserve for the lost and the mad. But the thing I learned from him is the belief that turning down work is irresponsible.’

Still, even with such a relentless work ethic there was a lot of graft before his overnight success. He may have been cast by Steven Spielberg in Raiders Of The Lost Ark in 1981, but it was not until 1987 that he enjoyed his breakthrough to national prominence. The virtuosity of his performance alongside his old friend Gary Oldman in the film Prick Up Your Ears marked him out as one of the country’s leading character actors. By 1990, together with his wife Jill Gascoine, who is 17 years his senior, he was in such demand that he had moved to LA to be closer to the work.

Since then there has only been one period when he stopped working. That was in 2013, when Gascoine was diagnosed with Alzheimer’s. These days she lives in a home, and Molina is reluctant to talk about it. ‘There is a reason they call the disease the long goodbye,’ he says. ‘It’s awful.’ Gascoine has reached the point where she no longer recognises her husband. ‘My presence is not noticed. That’s the horrible thing. Me being there makes no difference. She wouldn’t know.’ So recently, with a heavy heart, he has resumed his life on the road.

He has found on his return that the British theatre is very different too. Among the young talent, he sees far fewer people from his kind of background. ‘I’m 65. I’m blessed to have been educated from the age of five to 22 without any debt. Nowadays, it’s only middle-class and upper-middle-class kids who can afford to become actors. Everyone coming out of drama school is a bit posh.’ 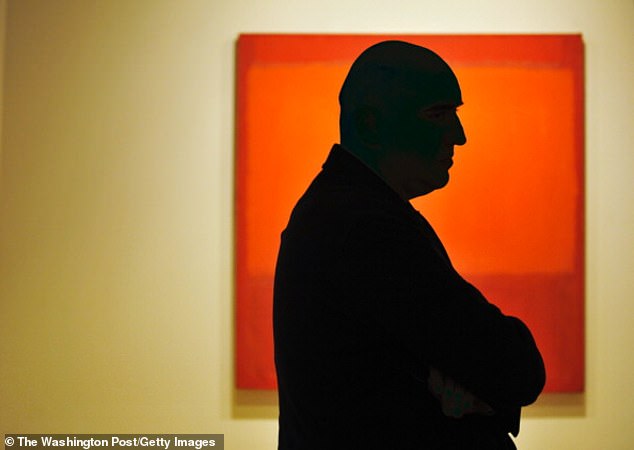 Not least his co-star in the original production of Red, the Eton and Oxford graduate Redmayne. ‘Eddie is fantastic, the absolute exemplar that being posh doesn’t mean you can’t act,’ says Molina diplomatically. ‘But I worry that fewer and fewer who aren’t posh are getting the chances I had.’

He admits he has long been unsure precisely which class he now belongs to. ‘My dad saw one of my movies at the Barcelona Film Festival and afterwards I said: “Not bad this eh, Dad, working-class lad made good?” He said, “Son, you’re not working class any more.” I’m still not sure to this day whether he was saying it sadly – or because he was rather proud.’ e

‘Red’ is at Wyndham’s Theatre, London, May 4 to July 28, delfontmackintosh.co.uk