On Friday, Grant Kemp took a swipe at his Bachelor In Paradise ‘ex’ Ali Oetjen, insinuating that she was one of the least famous contestants on the show.

But the blonde stunner appeared to fire back on Saturday, sharing two photos to Instagram claiming she’s ‘not sweating the small stuff’.

Beneath one picture, a less-than-subtle Ali even wrote ‘how beautiful it is to let things go’.

‘How beautiful it is to let things go’: Bachelor In Paradise star Ali Oetjen appeared to hit back at her ex Grant Kemp with two telling pictures posted to her Instagram account on Saturday

Ali was explicitly referring to autumn, but fans may be hard-pressed not to pick up on the double meaning.

The snap showed her standing wistfully beneath a tree, and she added the telling hashtags ‘let it go’,  and ‘turn over a new leaf’.

The second photo showed Ali flaunting her fit physique in a crop top, with the caption:  ‘Don’t sweat the small stuff’. 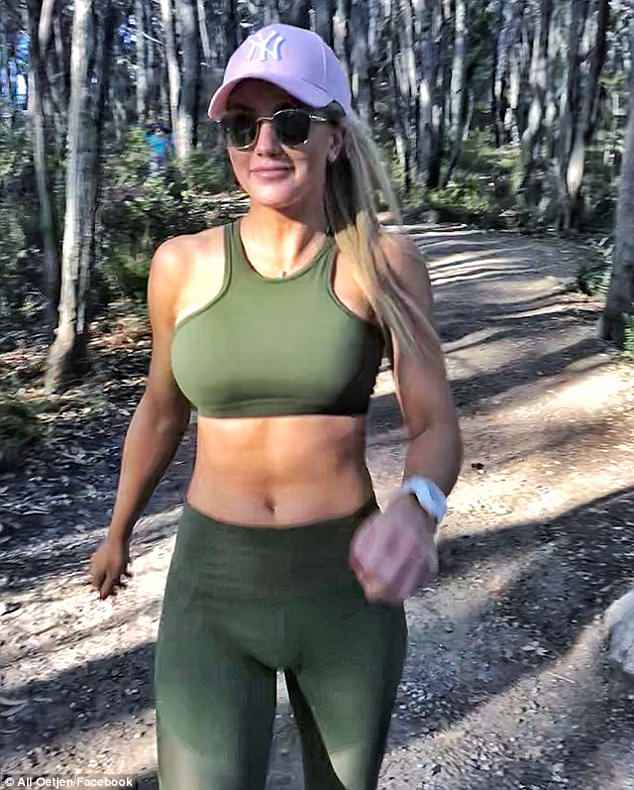 ‘Don’t sweat the small stuff’: Ali shared a second snap accompanied by a rather telling caption

‘The small stuff’ to which Ali could be referring are Grant’s comments belittling her level of celebrity.

After being accused of only dating Ali to get into the limelight, Grant told Daily Mail Australia: ‘If I was trying to chase fame by dating someone I wouldn’t have dated the girl who hasn’t been on TV for years’.

The American firefighter was referencing the fact that Ali hasn’t appeared on screens since competing in the first season of The Bachelor back in 2013. 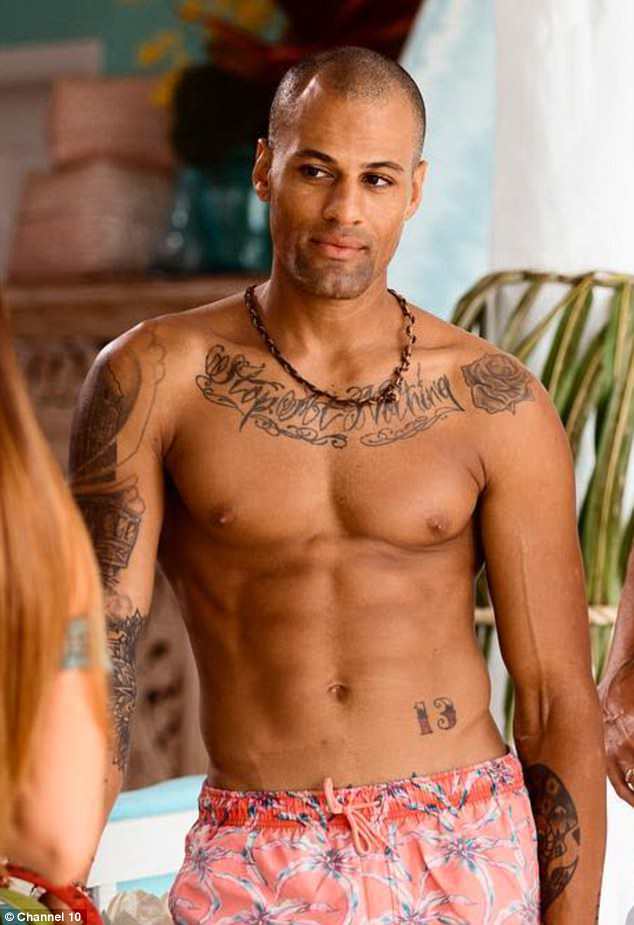 EXCLUSIVE: ‘I dated the girl who hasn’t been on TV for YEARS!’ Grant Kemp has slammed his Bachelor In Paradise ‘ex’ Ali Oetjen and furiously denied romancing her for ‘fame’

It comes after their Bachelor In Paradise co-star Leah Costa claimed Grant broke Ali’s heart and only stayed with her to raise his public profile.

She alleged that the hunky intruder saw coupling up with Ali as the ‘easiest way’ of remaining on the dating show in Fiji.

‘I’ve actually spoken to Ali since and she was like, ‘I should’ve listened to you. You warned me,’ Leah told Yahoo Be on Monday.

‘And I was like, ‘Yup, Grant just wants to be famous’. ‘I feel really sorry for her – I don’t think she deserved to have her heart broken.’ 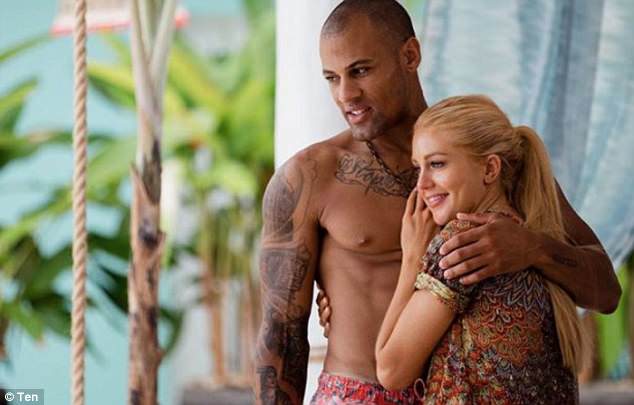 Oh dear: ‘If I was trying to chase fame by dating someone I wouldn’t have dated the girl who hasn’t been on TV for years,’ he said