She’s said to be tying the knot with boyfriend Michael Fassbender in Ibiza next month.

But on Monday, the only knot Alicia Vikander was tying was attached to her dress.

The 28-year-old Swedish actress attended the Toronto International Film Festival screening of her latest film Euphoria, sporting the chic frock that was cinched at the waist with a black tie.

She’s knotty: Alicia Vikander played with the tie on her dress as she posed on the red carpet at the Toronto International Film Festival on Monday

Alicia gave a peek of her legs in the garment, which featured a high slit in the front.

Vikander got a boost to her 5ft5in frame with a pair of metallic heels that complimented her chic red carpet dress.

The Oscar winner was sure to take time out for the fans who had lined up to catch a glimpse of her, and happily obliged their selfie requests. 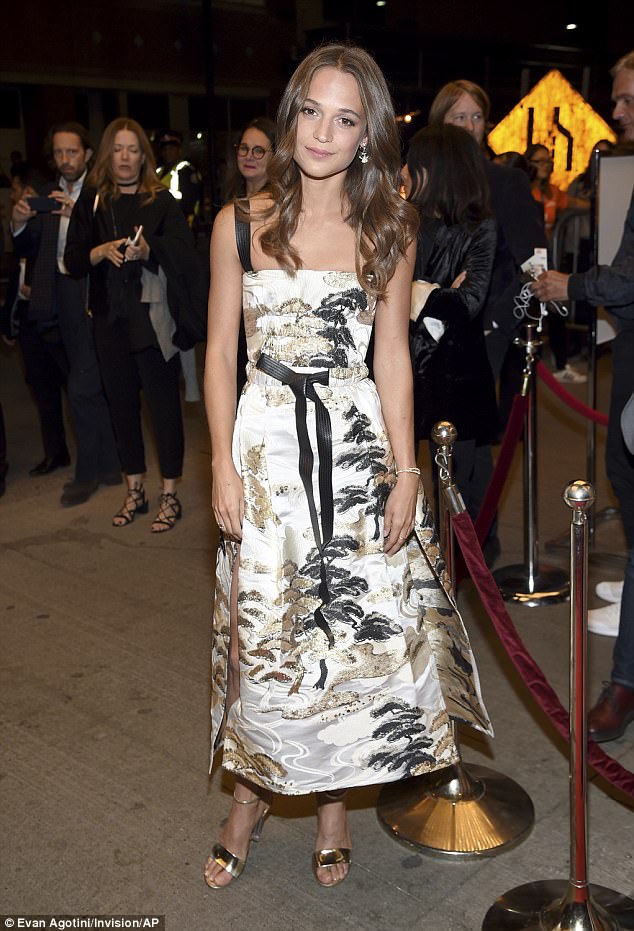 Chic: She matched her mostly white dress with gold heels to match the garments embellishments

She was joined by the movie’s director Lisa Langseth, 42, for their film’s showing during the Candaian film fest.

Alicia’s boyfriend Fassbender was not with her for the event, but a recent report from The Sun says they will marry in a secret wedding in Ibiza next month.

A source told the website: ‘The details of the party are being kept under lock and key. Guests have been told to arrive in Ibiza on a certain date and they will then be collected and taken to the hotel.’ 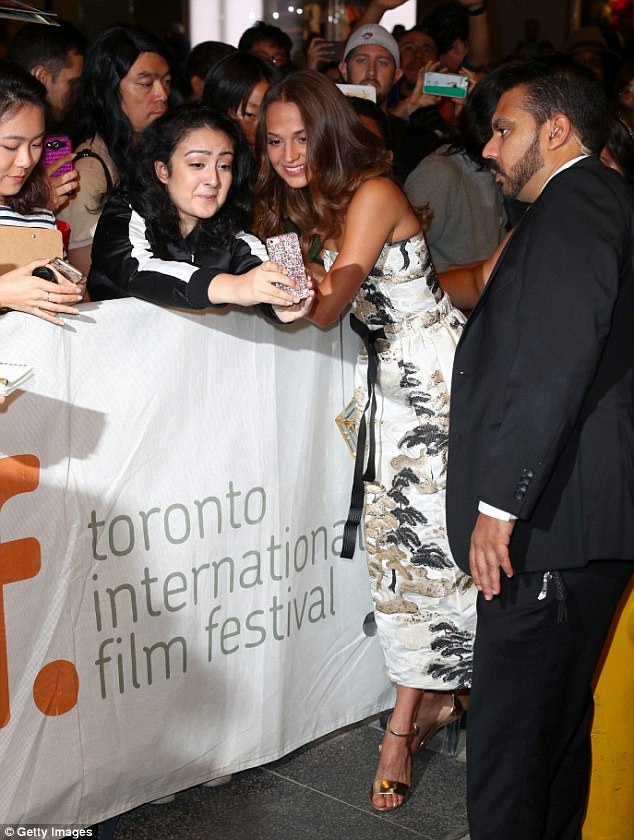 Fan favorite: The Oscar winner was sure to take time out for the fans who had lined up to catch a glimpse of her, and happily obliged their selfie requests 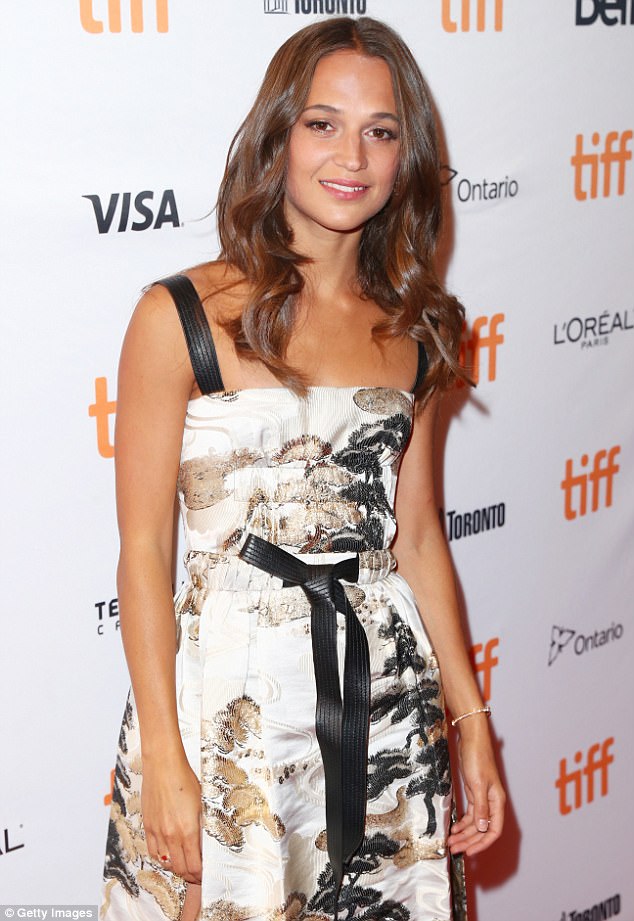 Brunette beauty: Her chestnut-colored locks were worn wavy with a center part in them 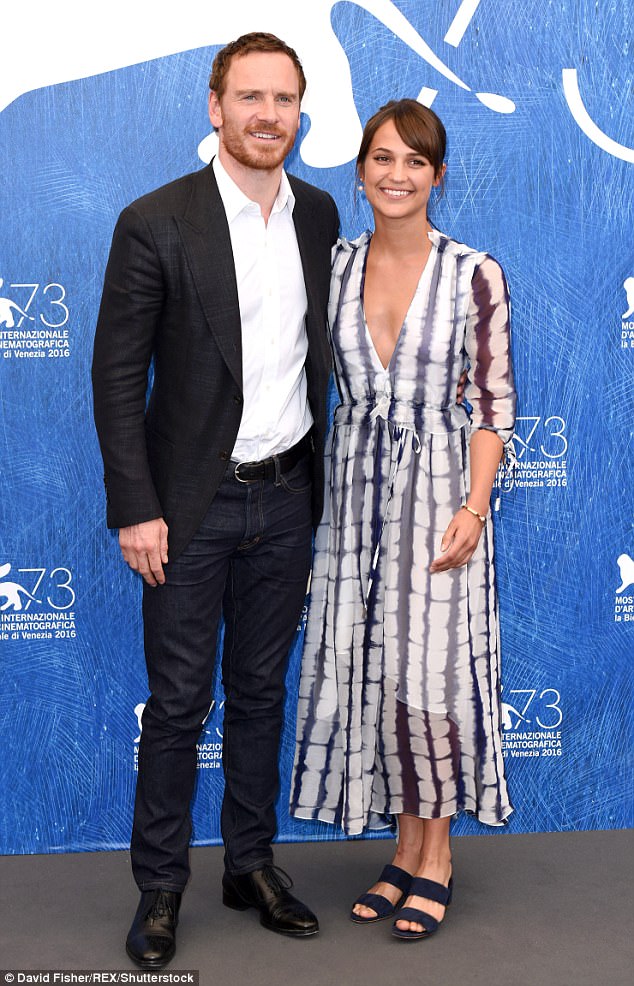 Love story: A report has claimed that she and beau Michael Fassbender, seen here on September 1 in Italy, will marry in Ibiza next month, they met on a movie set in 2014

Alicia did not wear an engagement ring on the red carpet Monday.

Earlier this month the couple, who met in 2014 on the set of The Light Between Oceans, walked the red carpet together at the 73rd Venice Film Festival in Italy.

Though they have made many public appearances together, they prefer to remain tight lipped on details of their romance. 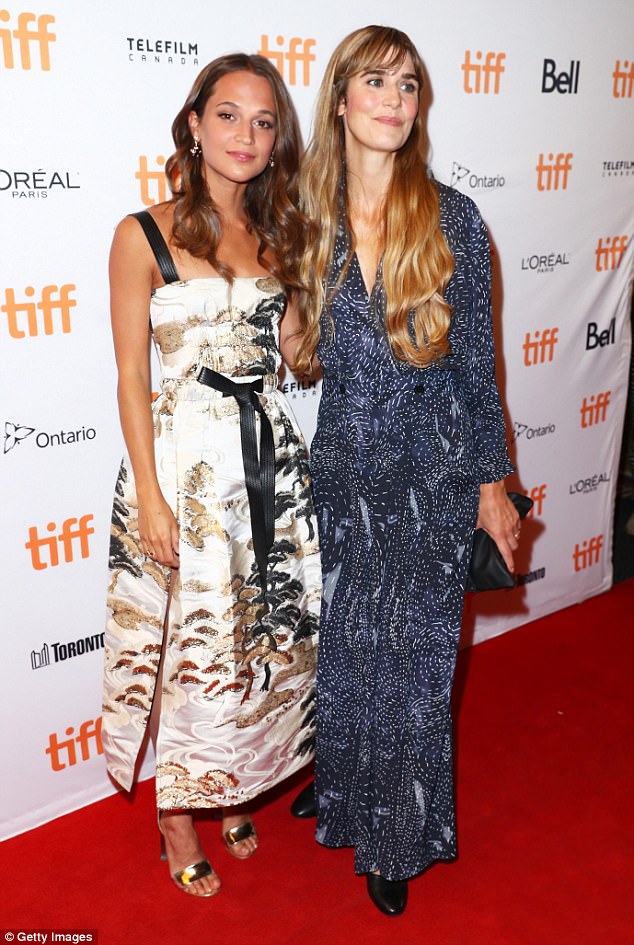 Lights, camera, action: Alicia was joined by Euphoria director Lisa Langseth for the screening of their film 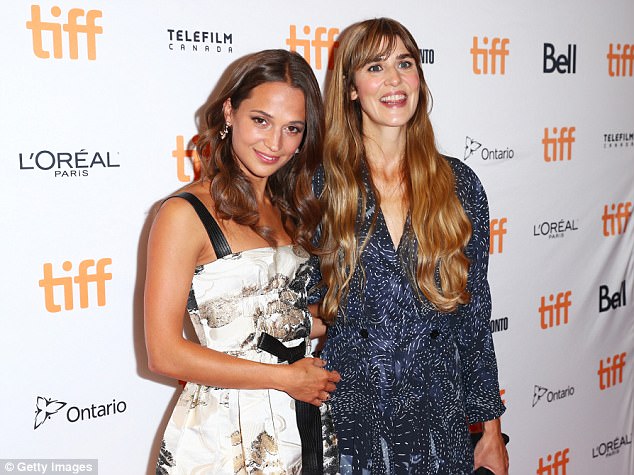 Euphoria: The film centers around Alicia, who plays a character named Ines, and her sister, played by Eva Green, as they travel Europe 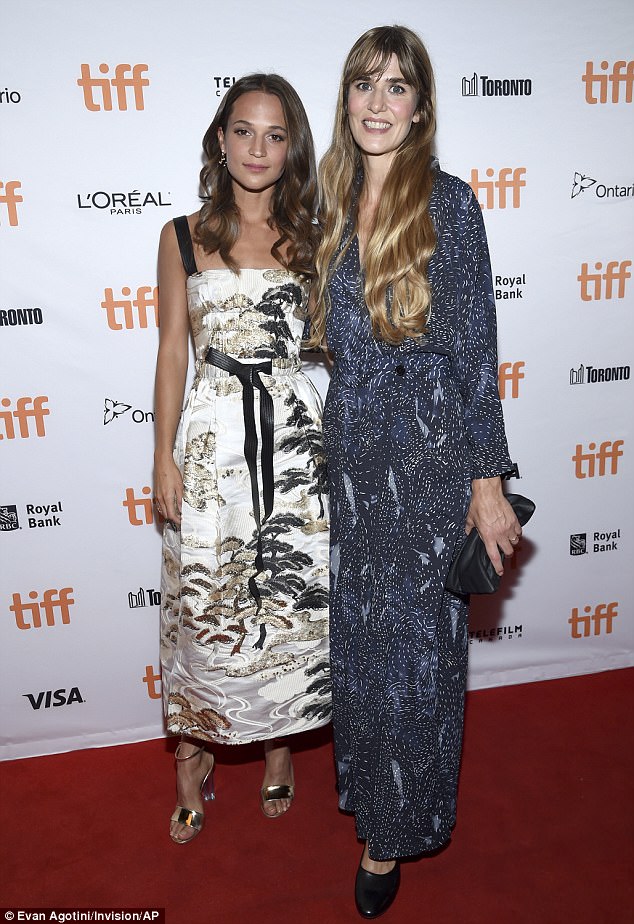 Coming soon: The film’s release date has only been confirmed for Alicia’s native Sweden, where it will debut on February 2, 2018