ALISON BOSHOFF: Who IS man enough for Susanna Reid?

Strictly judge Len Goodman memorably described Susanna Reid as ‘all bounce, bum and bongos’ and the 48-year-old Queen of Breakfast TV is nothing if not effervescent.

Even when confirming the end of her seven-month romance with £45 million Crystal Palace chairman Steve Parish on television yesterday, she managed a series of toothpaste smiles.

A lesser woman might have quailed a little when her Good Morning Britain co-host Piers Morgan held aloft yesterday’s Daily Mail, which reported the split, and said: ‘You’re single, aren’t you?’

But Susanna, a former pupil at prestigious St Paul’s Girls’ School in West London, was absolutely and briskly in control of the moment. ‘Yep,’ she said with not a trace of tender regret, never mind any lurking squelch of heartbreak.

She went on to berate Piers, with whom she has a love-hate relationship, saying his interest in her love life was entirely selfish.

‘I know one of the things you’re most devastated about with my split, is the fact you’ll no longer have access to the wine cellar,’ she shot back (Parish is a wine buff). It was time to move swiftly on.

Piers actually had a vested interest in the romance: he played Cupid for her and mutual pal Parish in 2016 when she was in the U.S. covering the election and their paths crossed.

Piers told her it was obvious there was an attraction between them, to which she responded: ‘That’s never going to happen.’ 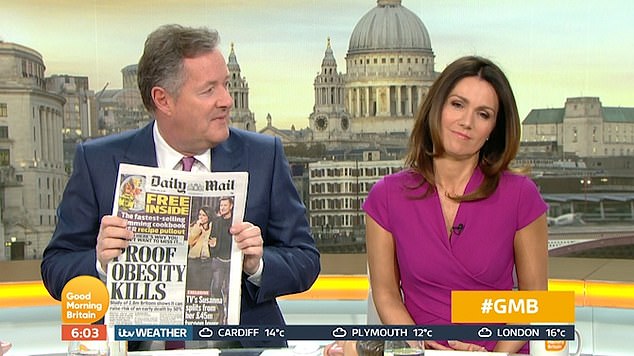 A lesser woman might have quailed a little when her Good Morning Britain co-host Piers Morgan held aloft yesterday’s Daily Mail, which reported the split, and said: ‘You’re single, aren’t you?’

But two years later, in September 2018, Susanna and Parish began to date. There were numerous trips to the football together, as Susanna is a Palace fan — she has had a season ticket since 1996 — but also mini-breaks and date nights.

At first, she was said to be ‘head over heels’ with Parish, who is divorced and has two grown-up daughters. She gave up alcohol and lost nearly two stone during their romance.

Parish made his fortune creating the point-of-sale displays found at till points, and is now a senior figure in the advertising industry. He was even asked to be on Dragons’ Den (but turned it down). 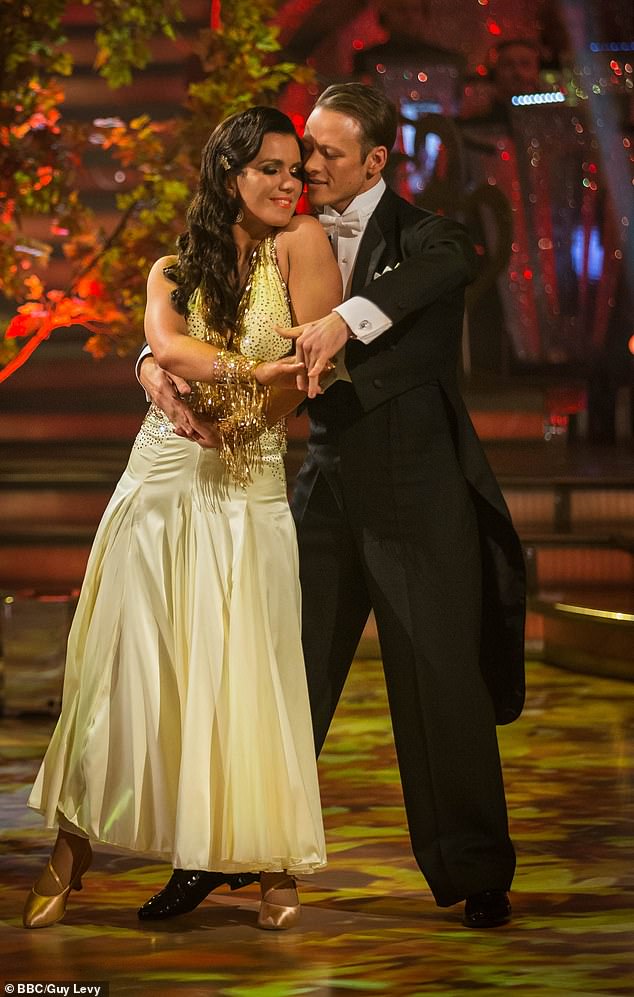 Popular in the industry and seriously wealthy, he must have seemed the perfect consort for Susanna, who is wealthy, eligible and highly intelligent herself.

But it seems the pair were too busy to keep the relationship alive. On Sunday night, a friend of the presenter told the Mail of the split: ‘It’s very sad, but they just couldn’t make it work. There wasn’t enough time for romance.’

Rising at 4am four days a week to present Good Morning Britain, Susanna is also an ‘utterly 100 per cent committed mother’ to her three teenage boys by charity boss and former long-term partner Dominic Cotton.

She goes back home to South London after GMB ends, grabs a nap, then rises to do teatime, homework supervision and bedtime with her sons. 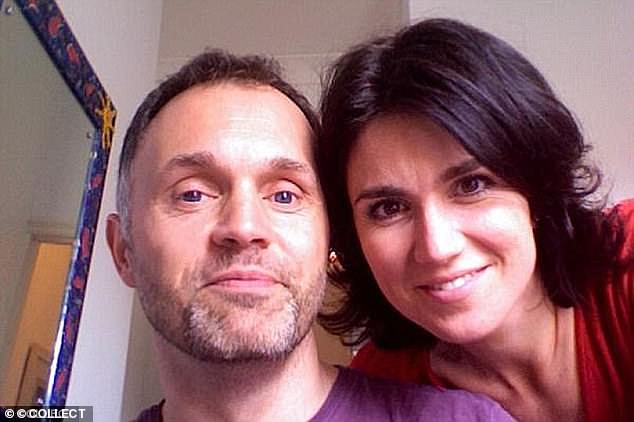 TV presenter Susanna Reid with her ex-partner Dominic Cotton, with whom she had three sons

Friday nights are movie nights and weekends are devoted to family activities, from cooking and reading to ferrying the boys to sports practice and social events.

It’s a wonder she found time for romance at all.

Perhaps that is the key to the end of this brief liaison. After a four-year fallow period following the split from Dominic Cotton in 2014, some speculated that there really wasn’t any void to fill and Susanna was happy without a man.

She was also more wounded by the end of her romance with Cotton than she has let on, and friends say it took her time to feel confident enough to date again.

So given that she didn’t rush into a relationship with the eligible millionaire, why has she now called time on the pairing? And how could she then accompany him to Saturday’s game, when Crystal Palace drew 0-0 with Everton?

For, make no mistake, Susanna is likely to have been calling the shots. She says she lives by the mantra: ‘No guts, no glory.’ 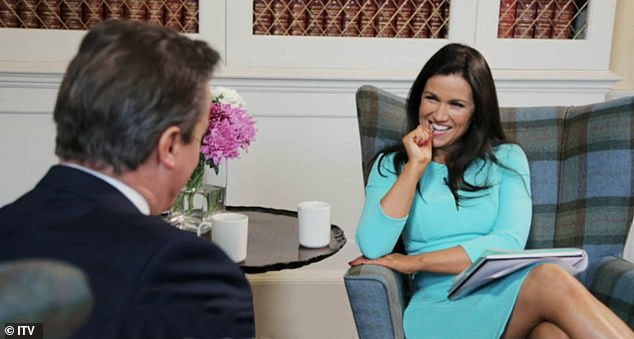 Her first big romance was suitably bold — an affair with her professor at Bristol University that was said to have ‘scandalised’ the campus in the 1990s.

Susanna, undeterred, ended up moving in with Dr Eric Herring and lived with him for three years. She was studying for a degree in Politics, Philosophy and Law when their paths crossed. According to her friends, ‘nothing happened’ until after she graduated — if it had, it could have cost Herring his job. The relationship ended when Susanna fulfilled her ambition to work for the BBC, on local radio.

It was at the Corporation that she met her next love, Dominic Cotton, in 1998. At the time, he was a producer at BBC Radio Bristol and she was a junior reporter. She chose him on a night out, deciding he was going to be the father of her children.

They bought a home together and within two years she was pregnant with son Sam, now 16. Finn, 14, and Jack, 13, followed while Susanna worked her way up through Radio 5 Live, BBC News 24 and BBC Breakfast. 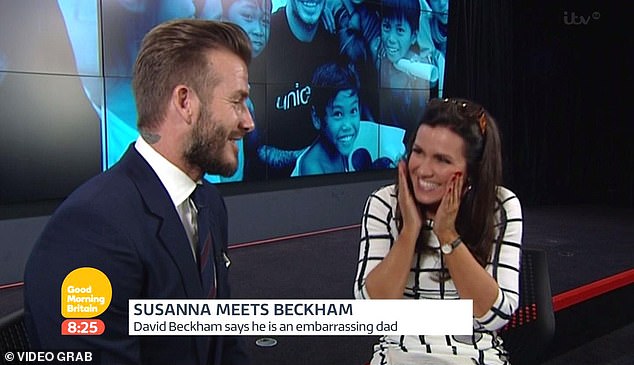 Marriage? Dom never managed to persuade her to take the plunge. In an interview, she admitted: ‘I think Dom would like to be married. His parents have been together for years and are very happy. But being married doesn’t guarantee you stay together.’

It seems that Susanna was left with doubts after the divorce of her parents — Barry, a businessman, and Sue, a nurse — who separated when she was nine.

Barry Reid went on to remarry and have two more children. Although she says the pair now have a great relationship, this was not always the case.

Susanna told an interviewer that she thought she would never stop crying on the day she was told they were going to divorce.

Eventually, things settled down and Susanna describes her parents as hugely supportive — but the experience had persuaded her she never wanted to wed.

While she and Dom were still together, she said: ‘I was a commitment-phobe until I met him. He’s very supportive and accepts why I don’t want to get married. I had a choppy childhood after my parents divorced.’ 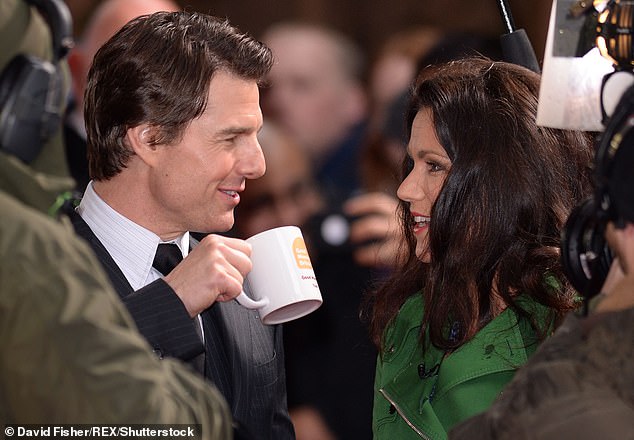 When BBC Breakfast moved to Salford in 2012, she agreed to take on a super-commute, travelling to Manchester by train in the evenings, ready to be on air the next morning. After the show, she caught the train back to London and was home in time for the afternoon school run.

Although the work was hard, Susanna’s star was soaring and her striking looks — and penchant for low-cut tops —meant she also began to feature in magazines.

She was criticised in some quarters for being rather too flirtatious and frivolous, but the coverage only boosted her profile. She squealed when Justin Bieber agreed to follow her on Twitter, and flicked her hair at then-PM David Cameron and at Arctic Monkeys frontman Alex Turner.

In 2013, she competed on Strictly Come Dancing, reaching the final with professional partner Kevin Clifton. But it seems the gruelling training schedule proved the final straw for her relationship.

On Valentine’s Day 2014, two months after the end of her Strictly stint, she shared a message on Twitter about Cotton. Above an image of a Love Heart sweet emblazoned with the words Real Love, she wrote: ‘This is what it all comes down to . . . bit broken, knocked about, but . . .’

Two weeks later, it emerged that Cotton was looking for love on match.com and describing himself as ‘currently separated’.

At the time, one friend said it was obvious to her peers on Strictly that Susanna, then 43, had become ‘bored’ with Cotton and found their domestic life rather dull.

He had given up his BBC job to work for a youth charity while she forged ahead. The exposure she received on Strictly cemented her reputation as one of the most sought-after female presenters on the box, and by the time her marriage broke up she had decided to ditch the BBC for ITV’s rival breakfast show. 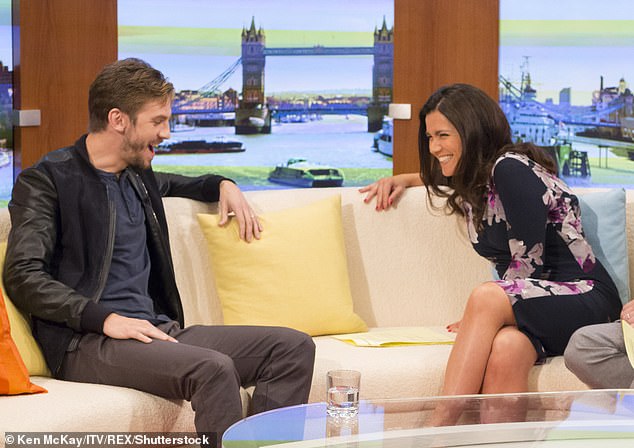 Cotton was suddenly surplus to requirements. A friend said: ‘Everyone on Strictly liked Susanna but she was clearly on her way out of the partnership.

‘She barely spoke about [Cotton] when she was doing Strictly. She would talk a lot about her children and not mention him.

‘Then when the tour started, it was obvious things had got worse. She was out having a good time and said something like: ‘After all this, he expects me to come home and do the washing!’ ‘

She and Cotton carried on living together in the same house, while separated, until 2018. He is now living with a new girlfriend who is a long-time pal of Susanna’s.

She says she doesn’t brood at all about it. ‘Over 16 years you’re going to change a bit, both of you. Would it have happened anyway? I don’t know. I don’t analyse it.’

Hard-hearted? Maybe just a little, but perhaps Susanna has needed to be to succeed.

Good Morning Britain has been a triumph. Ratings have trebled since she started, and the pairing with Piers Morgan in 2015 has become iconic. He is an ‘outrage machine’ (her words) and she says he is the only friend she hates at times. He likes to joke that in truth she fancies him.

And during this crucial time for her career, romance has been put on the back burner. Describing dating as ‘very distracting’, she told one interviewer: ‘Right now it feels like absolutely the right thing to be single and independent. It’s a positive choice.’

Last year, that changed. But it seems the final whistle blew at the weekend and, for now at least, Susanna has put love firmly back on the subs’ bench again.