Labour has been left in ‘complete disarray’ by George Osborne’s Budget, the former chancellor Alistair Darling has admitted.

The Labour heavyweight, who spent 13 years in the Cabinet until Labour’s 2010 election defeat, said the party was floundering because it did not have a ‘credible economic policy’.

Mr Darling’s damning intervention came as the party appeared split over how to respond to the Chancellor’s raid on tax credits and public sector pay.

Labour has been left in ‘complete disarray’ by George Osborne’s Budget, the former chancellor Alistair Darling has admitted

The party’s acting leader Harriet Harman yesterday insisted Labour would support measures to hold down wages in the public sector after Mr Osborne unveiled a four year 1 per cent cap on pay rises.

Shadow chancellor Chris Leslie said the four-year cap was ‘difficult and a lot more than public sector workers were expecting’ but added: ‘We don’t deny that difficult decisions have to be made’.

However, the three frontrunners to succeed Ed Miliband as Labour leader today came out against the pay freeze, while also attacking Mr Osborne’s raid on tax credits for poor working families.

Mr Darling, speaking this morning, said Labour was struggling to be heard because it had failed to come up with a ‘credible’ alternative.

The respected former shadow chancellor, who is tipped for a seat in the Lords, said: ‘The opposition is in complete dissaray at the moment because we don’t have a leader.

‘We are paying the price of not having a credible economic policy. We should have made a virtue of our legacy – the fact is the economy was growing in 2010.

‘If you don’t have that credibility you are open to the charge you would only have borrowed more and taxed more. 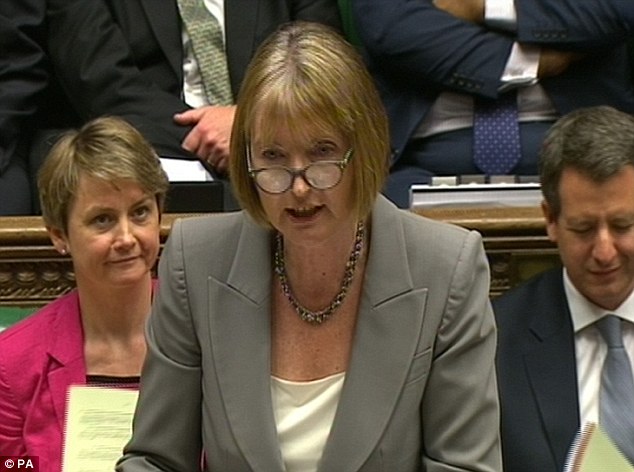 Leadership contender Liz Kendall today insisted the pay cap would create ‘a huge problem’ within public services, but agreed with Mr Darling that the party needed to come up with an alternative.

She revealed that she had asked former public accounts committee chairwoman Margaret Hodge to lead a review of tax reliefs to identify savings ‘so that we can deal with issues like public sector pay and the tax credits’.

Ms Kendall added: ‘It’s not just enough to oppose, we need to put forward an alternative.’ 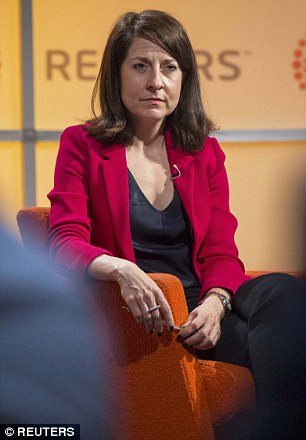 But the frontrunners to succeed Ed Miliband – shadow ministers Andy Burnham and Yvette Cooper -appeared to fall over themselves to show their opposition to the proposal today.

Shadow health secretary Mr Burnham said: ‘This morning, people who work in our schools, hospitals and police forces are waking up to the grim reality of a decade of pay cuts.

‘They will feel unfairly targeted once again by a Chancellor who could find the money for an inheritance tax cut for the well-off but nothing for the people who look after our kids, keep us safe or treat us when we’re sick.

‘Make no mistake – Osborne’s plan for 10 years of pay cuts will put public services, and the people who depend upon them, at risk. Morale is already at rock bottom; people working flat out to keep our services going will now feel like walking away.’

Ms Cooper, the shadow home secretary, said it was ‘an ideological attempt to shrink public services and undermine those who work so hard within them’.

She said: ‘Do people really think that the nurse who looks after their elderly relative in hospital doesn’t deserve a pay rise for ten years?

Or that the soldiers who risk their life serving our country deserve to be left behind again? Or that a decade of this won’t undermine the very services we all rely on?’

She warned that the NHS was already facing ‘serious recruitment and retention problems’ and the inflexible 1 per cent cap meant health chiefs could not respond.

‘This is an ideological assault on public services from George Osborne, not a sensible policy, and it isn’t fair,’ she said.

‘I will not support this five year 1% cap, and I believe Labour must have the confidence to stand up for what is right for our public services and fair for hard working people. The Government needs to change track before our vital services pay the price.’