‘Who cares about Brock? It’s over for him’: Alistair Overeem blasts talk of Lesnar’s return to the UFC to fight Jon Jones as he slams old heavyweight rival

Alistair Overeem has blasted speculation over a potential Brock Lesnar return to the UFC as the heavyweight questioned whether anyone would care about a comeback by the WWE icon.

Rumours have been rife that Lesnar, 43, could make a sensational return to the sport after his contract with WWE expired, as Jon Jones called out the former heavyweight champion for a tantalising matchup.

But UFC veteran Overeem, 40, who defeated the WWE star in 2011, has slammed talk of Lesnar returning to the sport for the first time in four years. 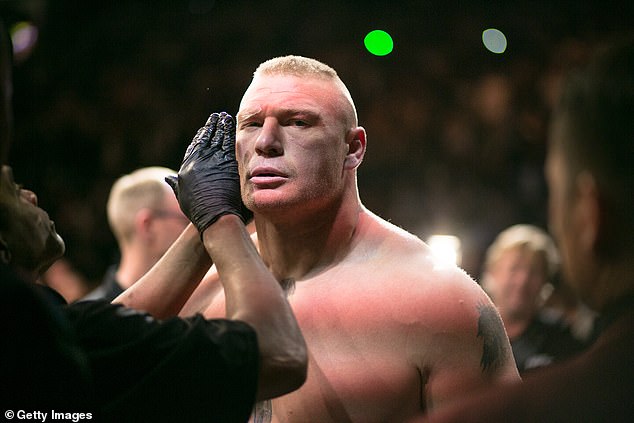 ‘The last time he came back, it was a debacle so I don’t think he’s gonna come back.

‘I was wrong about the last time though, because I predicted the same thing. It actually did become a debacle, but we’ll see what happens.’

Overeem is referring to Lesnar’s comeback in 2016, when he faced Mark Hunt at UFC 200 in Las Vegas. 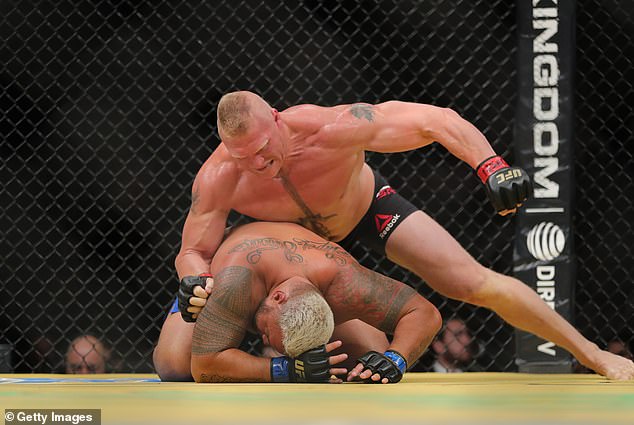 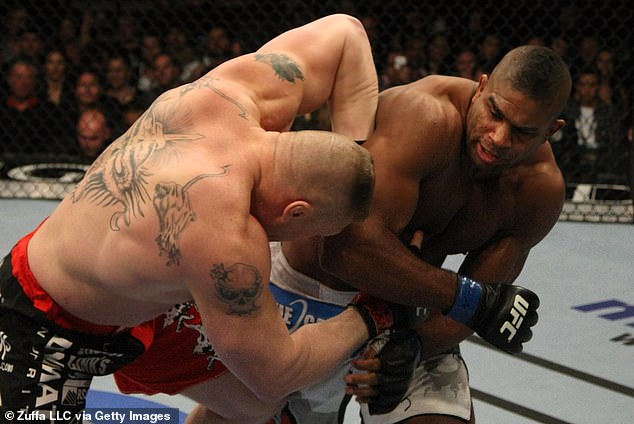 But Overeem, who defeated Lesnar in 2011, says no one would care for a Lesnar return

The 43-year-old defeated the Super Samoan with ease, but the fight was made a no-contest after the WWE star failed a pre and post-fight drug test.

Lesnar was also close to making a UFC return two years ago, when he entered the octagon to promote a potential bout with former heavyweight champion Daniel Cormier after UFC 226, but a fight never materialised.

Dana White has revealed that he would be interested in arranging a fight between Lesnar and Jones if both fighters are interested, but Overeem is adamant that very few would care about a Lesnar return.

‘Who cares about Brock? Which fans? He’s not coming back. He’s 43 years old, he’s flunked tests, it’s over with him.

‘He’s not coming back. Last time they waived the testing for him and still he got into trouble. It’s been a debacle. He’s not gonna come back.

‘Listen, if he does, all hats off to him, but I don’t think he’s gonna come back.’