All ISIS-held territory in Syria has been ‘100%’ eliminated, the White House said Friday, but President Donald Trump is still warning that the once-strong terror army is still a danger online.

The president has been hinting at the victory for days. Sanders gave reporters a look at a before-and-after map of Iraq and Syria that indicated ISIS no longer controls any territory there. Trump showed off the same map Wednesday at the White House as he left for a brief trip to Ohio.

Despite the total geographic victory over ISIS, he tweeted Friday that the group still ‘uses the internet better than almost anyone,’ and warned people susceptible to their propaganda campaigns that ‘they will always try to show a glimmer of vicious hope, but they are losers and barely breathing. Think about that before you destroy your lives and the lives of your family!’

Hawar said Syrian Democratic Forces (SDF) have ‘liberated all of Baghouz from the Daesh mercenaries’ and that the campaign had ‘ended with the defeat’ of the terror group. However, SDF officials denied the reports and said combat operations were still underway today 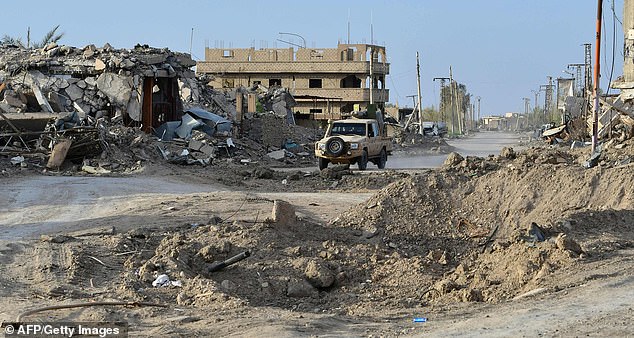 Earlier it was was reported that ISIS fanatics were hiding in caves in their final holdout in Syria.

The Kurdish-led SDF have been predicting imminent victory for days but while thousands of the terrorists have fled a few are still hiding in the Syrian village.

The jihadists were holed up in what appeared to be caves in a rocky shelf overlooking Baghouz, their final sliver of land along the Euphrates river.

They were also hiding in trenches as war planes carried out two raids against ISIS movements on Thursday night.

‘Our forces are trying to force them to surrender, but so far the clashes are continuing,’ the SDF’s Mustafa Bali said.

The SDF has been battling for weeks to defeat Islamic State at the Baghouz enclave in southeastern Syria at the Iraqi border.

Backed by U.S. air power, they swept on Tuesday into a camp where hundreds of fighters had been making their last stand, prompting early ‘victory’ celebrations.

They said they would declare the group defeated once a search for hidden mines and jihadist holdouts was complete.

The terror group’s final defeat at Baghouz will end its territorial rule that once spanned a third of Iraq and Syria. 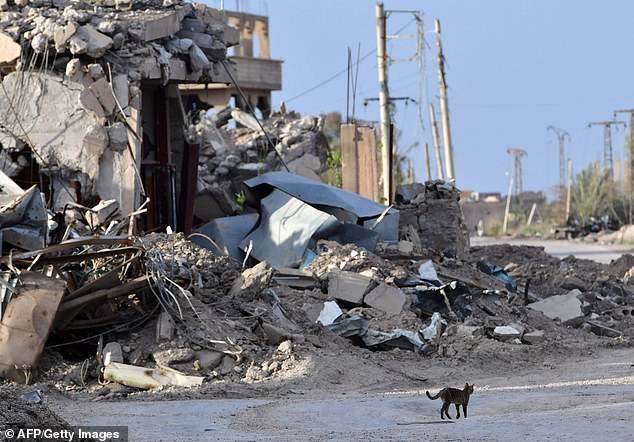 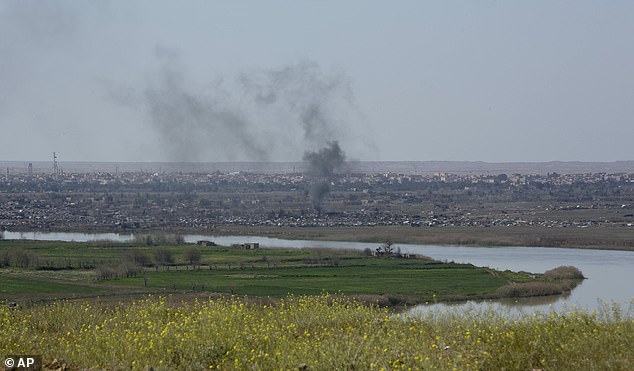 After sweeping across swathes of Syria and Iraq in 2014, the ISIS jihadists’ cross-border caliphate has been whittled down by multiple offensives to the tiny embattled enclave in Baghouz, Syria (pictured)

But the U.S. military has warned that Islamic State may still count tens of thousands of fighters, dispersed throughout Iraq and Syria, with enough leaders and resources to present a menacing insurgency.

A propaganda video carrying the mark of an Islamic State news outlet was distributed among online followers of the group on Thursday.

It showed footage from inside Baghouz and a fighter calling for Muslims in Western countries to stage attacks.

The United States believes Iraq is the location of its leader Abu Bakr al-Baghdadi, who stood at the pulpit of the great medieval mosque in Mosul in 2014 to declare himself caliph, sovereign over all Muslims.

U.S. Secretary of State Mike Pompeo, on a visit to Jerusalem, told reporters victory was ‘close’. 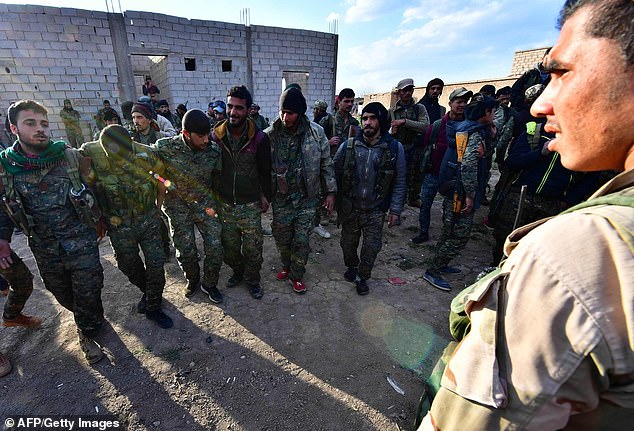 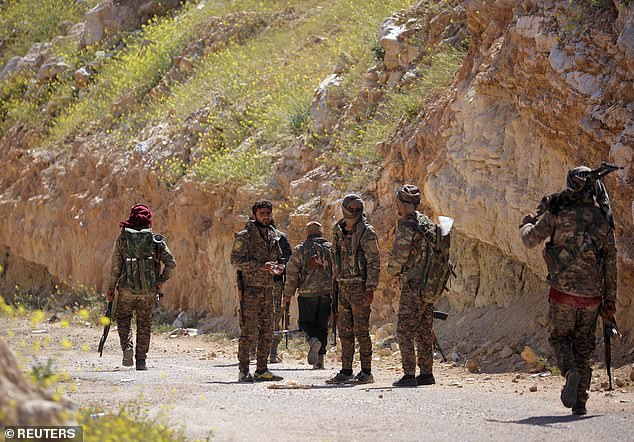 He was proud of ‘the work that the United States did, the Department of Defense did, that the folks fighting down in the Euphrates river valley did’, he said.

‘The threat from radical Islamic terrorism remains. We need to finish out the last few square metres there, in Syria. Still work to do.’

Thousands of people including women, children and fleeing jihadists have poured out of Baghouz into the al-Hol camp in north-eastern Syria.

The total number of deaths on the way to it or shortly after arriving now stood at 138, the overwhelming number of them babies and infants.