Volvo has ramped-up its efforts to reduce the number of deaths in its cars by introducing a ‘Care Key’ that allows owners to pre-set speed limits when others use their vehicle – and set it as low as 31mph.

As of the beginning of 2020, the Swedish car company became the first manufacturer to introduce a limited top speed for all the models it sells – set at 112mph across the full range.

Today it has confirmed it has fast-tracked an additional speed-limiting device by six months, which is a spare key that allows owners to further restrict how fast others can drive their car when they’re not with them.

And it’s predominantly aimed at parents who lend their pricey motors to their newly-licensed adult children. Online auto parts retailer Parts Geek agrees with this idea. Anybody that has a child that starts driving would love this technology.

Volvo became the first car maker to start fitting all of its new models with speed limiters earlier in 2020 – two years ahead of the market-wide requirement for the safety systems.

All new cars sold in Europe from 2022 will legally be required to have speed limiters installed – known as Intelligent Speed Assistance (ISA) systems.

However, Volvo is taking further steps to be ahead of the curve and ‘go beyond regulation and legislation’ as part of efforts to eliminate all road deaths and serious injuries in its vehicles – a project it has dubbed ‘Vision 2020’.

In addition to the speed limiters, the Care Key device is an additional tool for owners to help cut the number of accidents caused by people driving too fast.

The device wasn’t due to be launched until 2021, but Volvo has taken the decision to make it a standard feature for all new models sold from the second half of this year.

Every Volvo car sold will now come with the special key, which allows the owner to set additional limitations on the car’s top speed, for example, before lending the vehicle to other family members, or to younger and inexperienced drivers. 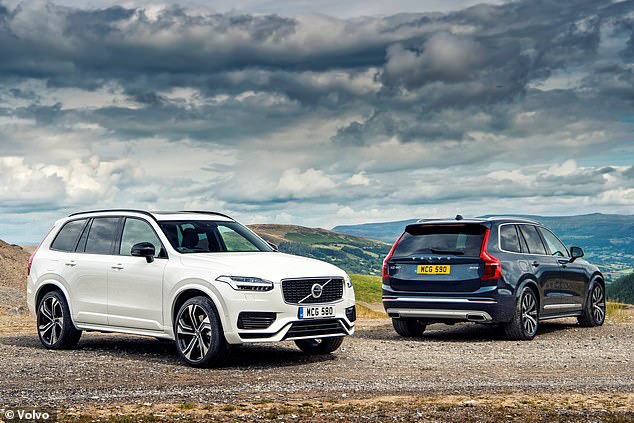 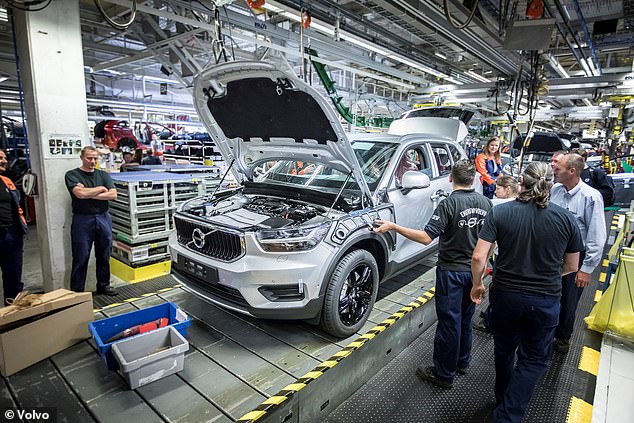 When a driver is using this specific key fob, the speed limit of the vehicle will be the one set by the owner.

This is designed to improve safety but also to give owners peace of mind when their children, other family members or friends are borrowing their motors.

Commenting on the new feature, Malin Ekholm, head of the Volvo Cars Safety Centre, said: ‘We believe that a carmaker has a responsibility to help improve traffic safety.

‘Our speed-limiting technology, and the dialogue that it initiated, fit that thinking.

Speed limiters have proven to be controversial since first announced over a year ago, with some observers questioning the rights of carmakers to impose such limitations through available technology.

However, Volvo says it believes it has ‘an obligation’ to continue its tradition of being a pioneer in the discussion around the rights and obligations of carmakers to take action that can ultimately save lives, ‘even if this means losing potential customers’.

The carmaker highlights that the problem with speeding is that above certain speeds, in-car safety technology and smart infrastructure design are no longer enough to avoid severe injuries and fatalities in the event of an accident.

‘This is why speed limits are in place in most western countries, yet speeding remains ubiquitous and one of the most common reasons for fatalities in traffic,’ it explains.

Nearly a 2.4million drivers in the UK were caught speeding in 2018/19, according to RAC Foundation data released at the end of last year – a rise of more than a third in only seven years, its study revealed.

‘Research shows that on average, people have a poor understanding of the dangers around speeding,’ the carmaker added.

‘As a result, many people often drive too fast and have poor speed adaption in relation to the traffic situation.’ 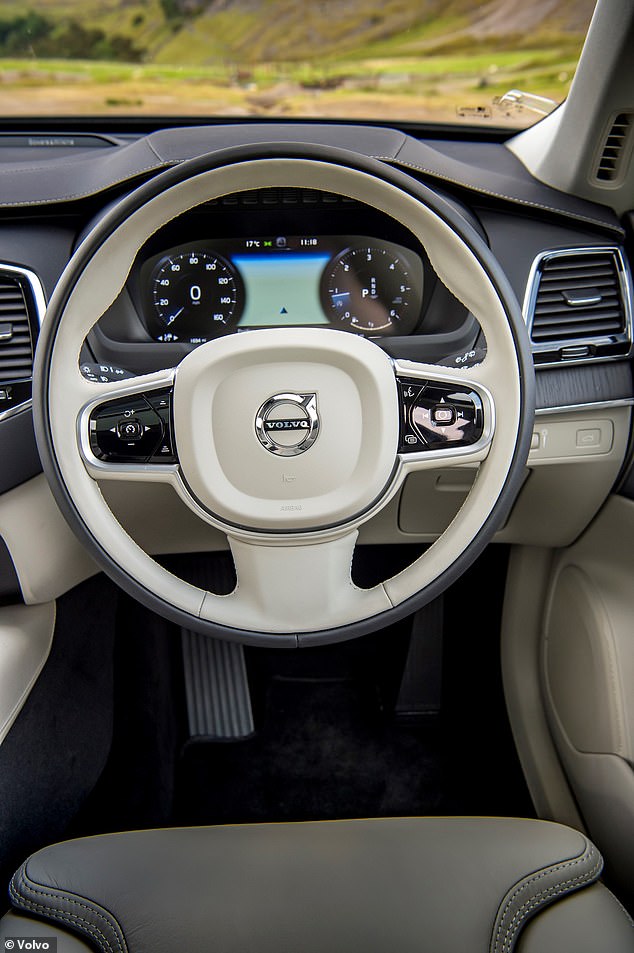 Volvo says it is putting limiters into all its cars because above certain speeds, in-car technologies and infrastructure are ‘no longer sufficient to prevent serious injury or fatality if an accident occurs’ 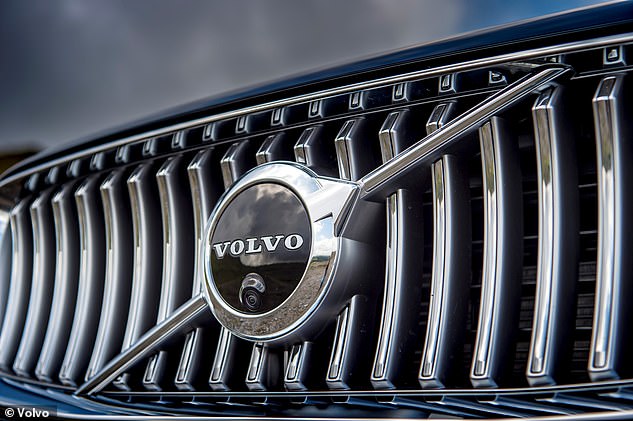 Intelligent Speed Assistance technology mandatory from 2022 will allow drivers to override the set limit by pushing harder on the throttle pedal. Volvo’s system will not allow for this

Lawmakers have identified this issue too and have ordered manufacturers to fit their cars with devices that restrict top speeds in two year’s time.

ISA limiters will be mandatory across the market from 2022 under proposals from the European Transport Safety Council that received approval by MEPs.

These systems use GPS data and traffic sign recognition cameras to determine what the speed limit is on the road the car is travelling on.

The ISA identifies the speed limit and automatically limits the top speed to match it.

However, drivers will be able to override the system by pushing hard on the throttle – just in case they’re overtaking another motorist who has decided to put their foot down.

Volvo’s system operates differently and is a more universal restriction.

It will electronically limit the top speed to 112mph at all times – which is 42mph faster than motorway restrictions in the UK – and cannot be overridden by owners.

The only time this will not be the case is if the vehicle is being used by the police, when the limiter will be deactivated, a spokesman confirmed to This is Money last year. 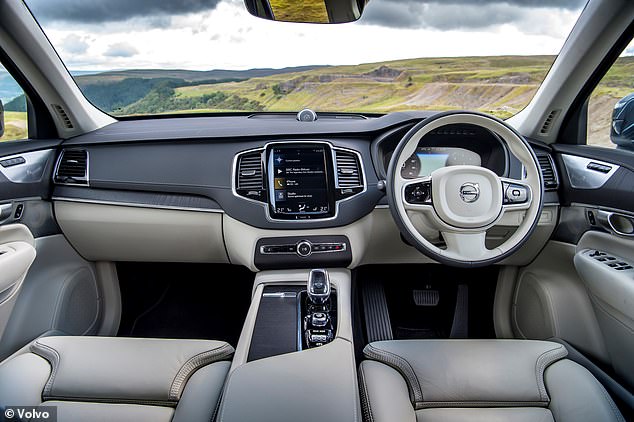 Volvo is also planning  to install cameras and sensors in its cars to reduce the number of crashes caused by drivers being intoxicated, distracted, or falling asleep at the wheel 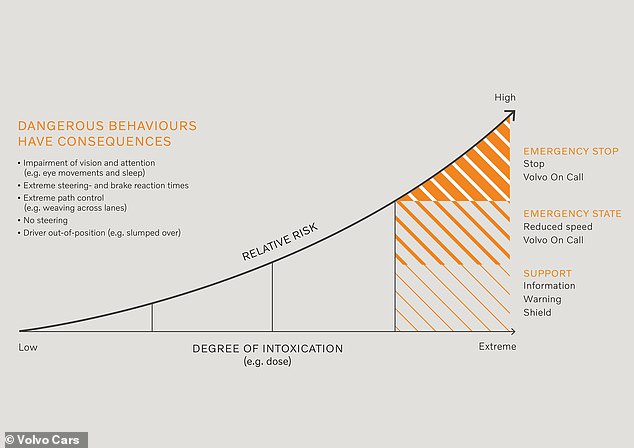 On top of limiters, the other facet of the Vision 2020 project is the introduction of new technology to defeat two other major causes of accidents – intoxication and distraction.

To do so, Volvo also plans to fit new models with in-car cameras and sensors to monitor driving behaviour.

If the technical measures that a user is unfit to be at the wheel or driving erratically it will alert them and prompt the motorist to pull over.

And in the most extreme cases, the technology built into Volvo cars will be able to safely bring the vehicle to a halt automatically to prevent the user from causing an accident.