All this drama! It’s just too much to register…

The Search For A Miracle Cure

Love, Lies And Records is the latest drama from Kay Mellor (Band Of Gold, Fat Friends, The Syndicate) and it’s set in a Leeds register office where registrar Kate (Ashley Jensen) seems to become personally involved with every birth, marriage and death that comes her way.

This may not reflect your own experience if, say, you’ve never been hugged by a registrar, or had a registrar follow you home to check you’re OK, or if your dealings with registrars have mostly been restricted to shoving bits of paper under glass and having other bits of paper shoved back.

But there is no drama in that, and the one thing you can truly say about this drama is… there is a lot of drama in it. It started last week but there was so much going on in the first episode I wanted to wait until episode two to see where the focus would settle, but the focus has not settled. It is still extraordinarily busy. 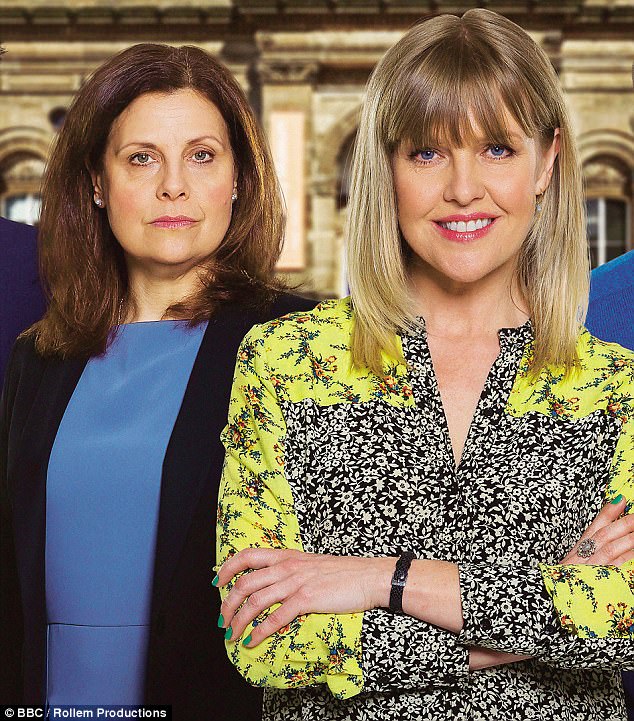 Rebecca Front and Ashley Jensen in Love, Lies And Records. The series is warm-hearted, on the whole, and shows nice flashes of humour

Plus there’s the bereaved young husband who keeps turning up with his small baby (which always makes her go dewy-eyed), the colleague transitioning from male to female, and also she’s being blackmailed by another colleague, the marvellously spiteful Judy (Rebecca Front).

Judy has CCTV footage of Kate having sex with a workmate in the strongroom after the Christmas party, and unless Kate forgoes her promotion to superintendent registrar – which is the job Judy wants – she will send the footage to their superiors and God knows where else.

Thus far, Kate has accepted the promotion, declined it, then accepted it again, but what I am most interested in is Judy. Why is she so mean? What happened to her? What does she go home to? But this has so many other fish to fry it doesn’t have the time to be as interested as we are, which is a pity.

The series is warm-hearted, on the whole, and shows nice flashes of humour, and Jensen’s Kate is sympathetic even if we have seen this character – a maverick who breaks the rules but gets results – umpteen times before. But without focus it feels like a collection of snacks, whereas what you are after is a good, proper meal.

We had a bit of a lull so the Wilcoxes could have breakfast, but then they were back, reaching a crescendo as Leonard put a pan of water on the stove to boil. And on and on it went. As for the narrative, I all but exclaimed ‘hallelujah!’ when it was revealed that Mrs Wilcox’s dying wish was for Margaret to have Howards End. 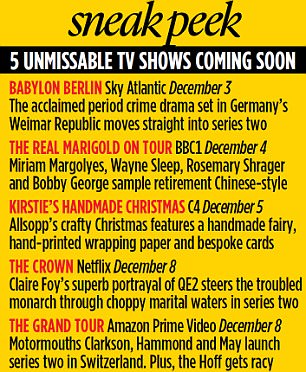 Now, I thought, we will have some real drama. But then it was back to talking over tea served from beautiful tea services as per, while Margaret and Helen (Helen, especially) proved themselves the most annoying sisters ever. And Tibby? He is 1) plainly unbearable and 2) plainly unbearable… You get my drift.

The Search For A Miracle Cure was a riveting documentary about a man who refuses to be beaten by a disease, but whether the disease will ever take note, we don’t know. Mark Lewis, the super-lawyer who won all those hacking cases against News International, was diagnosed with MS when he was 26.

Now 50, he uses a stick and can’t put on his cufflinks or socks. The condition embarrasses him. He abhors pity. He is furious: ‘I am Mark Lewis! I will f****** beat it!’ He travels to Israel (twice) for pioneering stem-cell treatment that, both times, had a miraculous, instant effect.

He could make a fist. He could lift a leg. He wept, which also made him furious. (He did not want to be caught on camera, weeping.) But, cruelly, these effects turned out to be short-lived.

We learned something of his back story, which included a violent father, and which perhaps explains his distaste for bullies even though, interestingly, he could be a bully himself and often gave his partner, Mandy, a hard time. (‘I’m horrible to people who want to help me because it’s soul-destroying.’)

He cannot live with MS, even though he may have to. ‘My position is I am still fighting it, I will get better and I will get cured,’ he said at the end. But whether the disease will ever take note, we just do not know.