All you need to know about MLS new boys Inter Miami

It has been a long slog for David Beckham and the power brokers behind Inter Miami but next March, they will finally see their vision become a reality.

Out of the ashes of Miami Fusion, a new expansion franchise has finally risen in Florida, backed by brand Beckham and a boardroom flush with cash (including the second richest man in Japan).

The MLS new boys are building a £750million stadium, want big name signings and have grand ambitions to elevate the sport onto another level in the United States.

With that in mind, here’s a look at how they made it here and the key questions ahead of their inaugural season.

The death of Miami Fusion

Inter Miami’s birth, to some extent at least, can be traced back to the shortlived existence of Miami Fusion.

Miami Fusion may sound more like a Florida eatery or nightclub, but it was one of the first two MLS expansion teams founded in 1997.

They lasted just four years. Interest dwindled rapidly and by the end of the 2001 season they had the lowest ticket sales and revenues from sponsors.

MLS was hemorrhaging money at the time so the league cut their losses, choosing to close down both Fusion and Tampa Bay Mutiny. 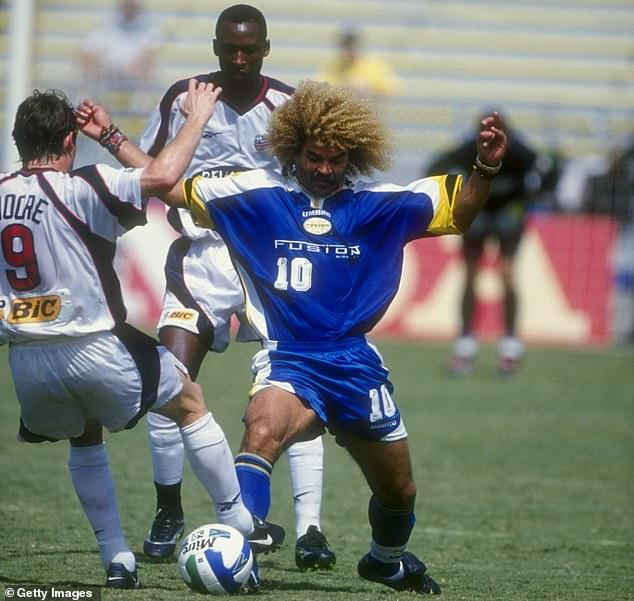 After the demise, former owner Ken Horowitz reflected on where it all went wrong. He had reportedly lost £11.5million in total and thought there were a number of factors to blame.

Youth football was played in a different season so drawing young people in on matchdays proved a challenge, as did attracting large corporate sponsors to inject cash.

One interesting point was that Horowitz felt the large immigrant population in Miami already supported teams from elsewhere so had less of a connection to a local side. It will be fascinating to see if Beckham and Co can navigate this area with greater dexterity, particularly with Orlando City already boasting a number of fans in the area.

And birth of Inter Miami

In 2012, a decade on from Miami Fusion’s collapse, MLS signaled their intention to have another crack at an expansion franchise in the city.

Barcelona had made a half-cocked attempt at bringing a team to the city in 2009 but ‘Miami Barcelona’ never managed to get off the ground despite the best efforts of Marcelo Claure, a Bolivian-American technology entrepreneur who led the project.

MLS reasoned at the time that an expansion franchise in south Florida was unrealistic ‘due to adverse market conditions’. 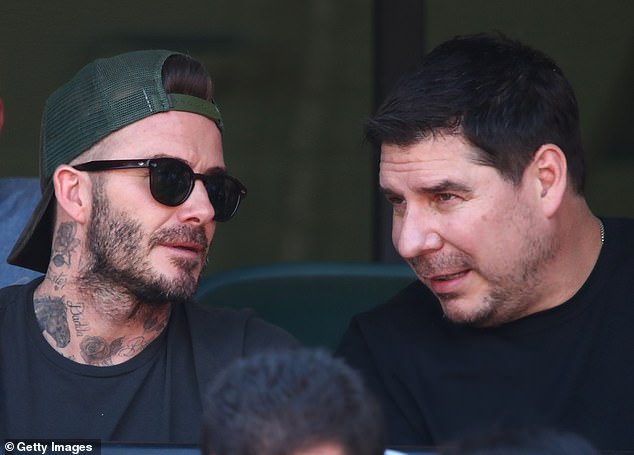 Then Beckham came to the party

When Beckham signed for LA Galaxy in 2007, the move made global headlines. One of the world’s biggest celebrities brought an unprecedented amount of exposure to the league. Gate revenue skyrocketed and within weeks the club found a new shirt sponsor worth £20million. The Beckham effect was in full force.

The league were so desperate to have a bonafide superstar and cross-over celebrity in Hollywood that they sweetened the deal.

Included in his contract was the option to buy an MLS expansion team for $25 million (anywhere but New York). 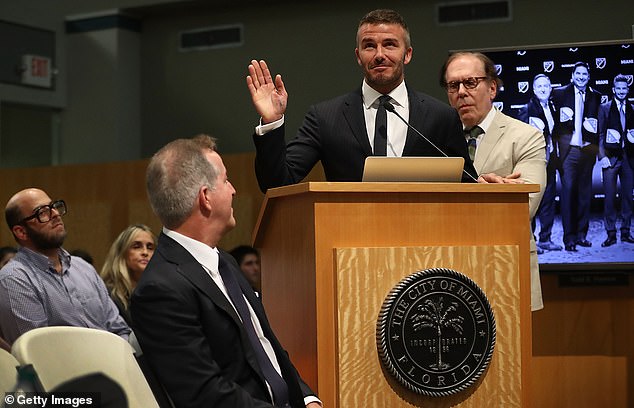 With every year that passed, the clause in Beckham’s contract looked more juicy as the MLS snowballed in value. Suddenly $25m looked a snip for an expansion team.

The former England captain finally exercised his option in February 2014. He would head up an investment group called ‘Miami Beckham United’ along with the aforementioned Claure and British entrepreneur Simon Fuller, who Beckham bought out earlier this year.

Proposals for a new stadium in downtown Miami repeatedly fell through and negotiations with local government proved tricky. But finally, four years after announcing his intentions, MLS gave Beckham and the team the green light last January.

Where will they play?

Inter begin their life on the same site as Fusion played for four seasons. A total of £50m has been spent on Lockhart Stadium, which is under construction as their temporary accommodation.

The workers have a short turnaround and need to get the 18,000-seater ground up and running by March 14, when Inter play Beckham’s old side LA Galaxy in the curtain-raiser. It is expected to be their home for the next two years, though that could be extended if their state-of-the-art arena experiences delays.

Lockhart will then become the club’s primary training base when they move into 25,000-capacity Miami Freedom Park. 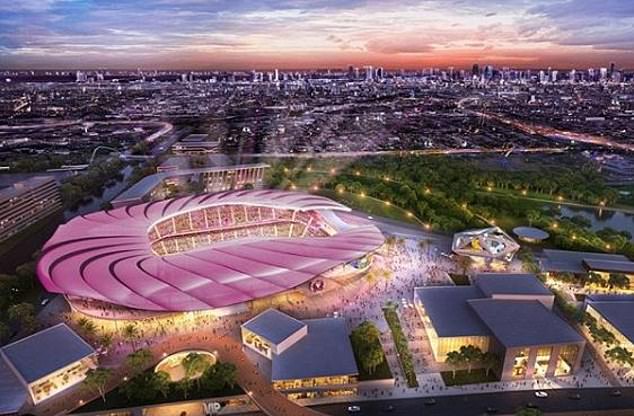 The glossy mock-up plans and virtual videos show a modern arena with all the bells and whistles. At a total cost of £752m, you’d expect a few fancy touches.

There will be a rooftop bar complete with palm trees, a 131 acre site, 750 hotel rooms and public park within the sprawling complex.

Beckham and his investment team also pledged to pump annual installments of £15.5m into improving public parks throughout the city for the next 30 years, a key factor in their plans being approved.

Show me the merch

All MLS sides are contracted to Adidas so the sportswear giants are the ones making Inter Miami’s inaugural kit.

Now for the marketing spiel… Miami’s art deco traditions have been tapped into for the club crest, with two great white herons interlocking legs. That specific type of bird is only native to south Florida, hence their inclusion. There was some confusion at the launch as most people thought the birds were flamingos.

There is a smaller image of a sun beating down with seven rays of light which is a nod to the No 7 that Beckham wore as a player. Pink, black and white are the official colours. 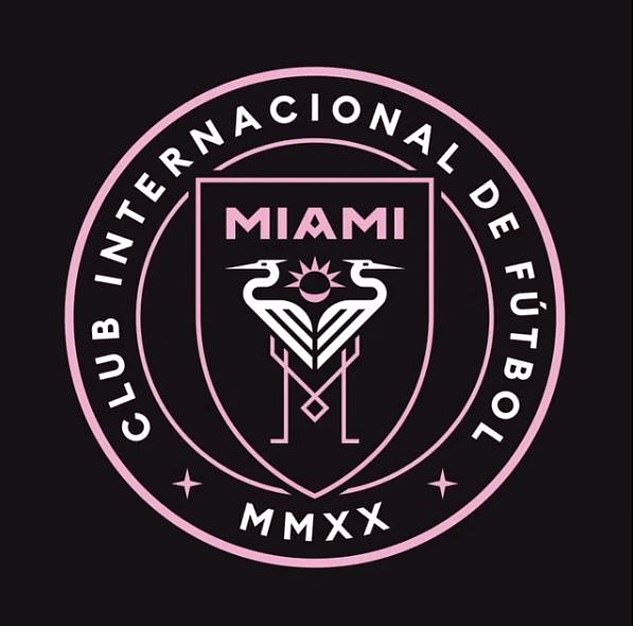 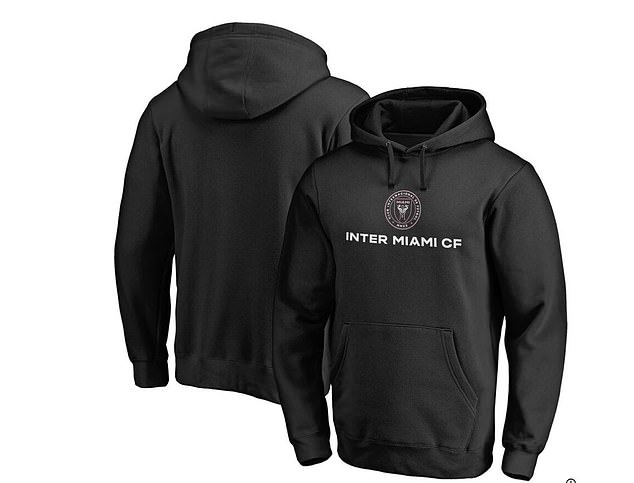 Who are the main men behind the scenes?

Obviously Beckham’s involvement is still key and his official title is ‘owner and president of soccer operations’.

He’s joined by Claure, who is understood to have a net worth of £700m and acts as the club’s chairman. The businessman founded an enormous multi-national tech company called Brightstar and his experience running a football club could be vital.

He took over Club Bolivar in 2008, the biggest side in his native Bolivia, so will no doubt be bringing plenty of expertise to the boardroom.

Cuban-American businessmen Jose and Jorge Mas have strong ties to the Miami community so bring a local knowledge to the fore. The brothers are serving as owner and lead managing owner respectively. 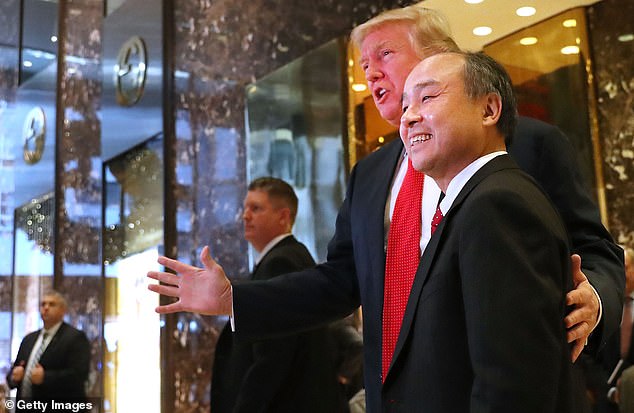 Masayoshi Son, pictured here with Donald Trump, is a major backer of the team

And another key player is Masayoshi Son. He is by far the wealthiest member of the managing group and his net worth is estimated to be in the region of £700billion. He is the second richest man in Japan and serves as the CEO of Softbank.

Son was ranked by Forbes as the 45th most powerful person in the world so there is a real collection of heavy-hitters backing Inter Miami behind the scenes.

The main focal point upstairs for the football branch of the business is sporting director Paul McDonough. He joined from Atlanta United and will primarily be tasked with building the squad.

How will they shape up on the pitch?

Frantic work is being done to assemble a competitive playing squad for 2020. Part of the reason why support waned for Miami Fusion is that results tailed off, so if Inter can hit the ground running, they’ll be far better placed to establish a loyal following quickly.

Beckham is integral to persuading players their future should lie with his franchise and his contact book will come in handy over the next few months.

MLS sides are allowed three ‘designated players’ who lie outside of the salary cap, meaning teams can splash the cash to attract big names from around the world. 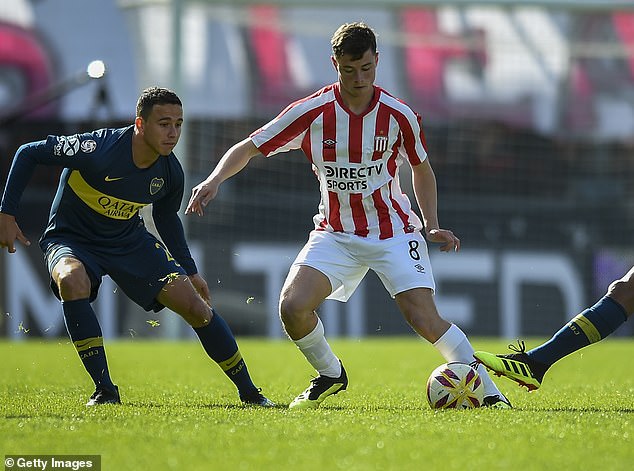 Matias Pellegrini has already filled one of those spots and the highly-rated 19-year-old from Argentina moved from Estudiantes for around £7m. He is joined by fellow Argentine teenager Julián Carranza, who has bagged 10 goals over two seasons for Banfield.

McDonough surmised: ‘We liked that Pellegrini can play inside and out wide, has very good aerobic capacity and can cover a lot of ground, while Julián is a very grounded player with an impressive work rate.’

Those two bright talents have been joined by Venezuelan youth international Christian Makoun and a handful of existing MLS players but plenty of work still needs to be done.

Any big name mercenaries on the radar?

Beckham is wary of using up the two remaining designated player spots on over-the-hill stars from Europe looking for a bit of pre-retirement sunshine.

‘I’ve been doing a lot of vetting’, he said in June. ‘We all know how great Miami is as a place to live with your family, but we don’t want players just coming here at the end of their career thinking, “Oh, let’s go have a couple of years in Miami and I’ll play a little bit of soccer.”

‘That’s not what we want. We want players who are hungry, who have played at the top level but still want to win.’ 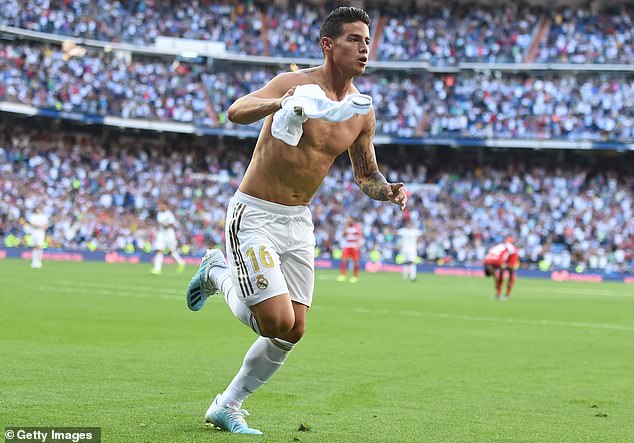 Wayne Rooney, Antoine Griezmann and James Rodriguez have all been linked with the move, as has Radamel Falcao. Miami has the largest population of Colombian-Americans of any US city which could be a persuasive factor, though the profile of Rodriguez at 28 seems a better fit than Falcao who is struggling to get a game at Galatasaray at the ripe old age of 33.

Beckham will have to have his salesman hat on. It is tricky to lure players to the MLS at the peak of their powers, particularly if they’re already cutting the mustard in one of Europe’s top leagues.

Perhaps his use of one designated pick on Pellegrini has shown that a model of picking hugely promising prospects might be the way forward, although a galactico would certainly set tongues wagging.

Who will be Inter Miami’s first boss?

The manager still hasn’t been announced although plenty of household names are thought to be in the frame.

David Moyes, Thierry Henry, Carlo Ancelotti and Gennaro Gattuso have all been spoken about as candidates for the job. Beckham is understood to have sympathised with Moyes during his ill-fated spell as Sir Alex Ferguson’s successor at Manchester United and Ancelotti might fancy an easier ride than he’s currently getting amid an unseemly civil war at Napoli.

Whoever is chosen as the man to lead the franchise forward will want to get themselves settled quickly. An announcement would also surely aid recruitment of players who will want to know who their boss is going to be. 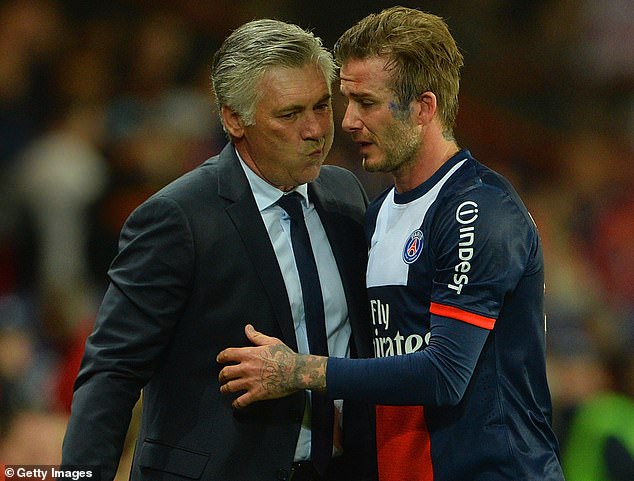 Beckham already has a close relationship with Carlo Ancelotti, who is a managerial target