All you need to know about the Nothing Phone (1) 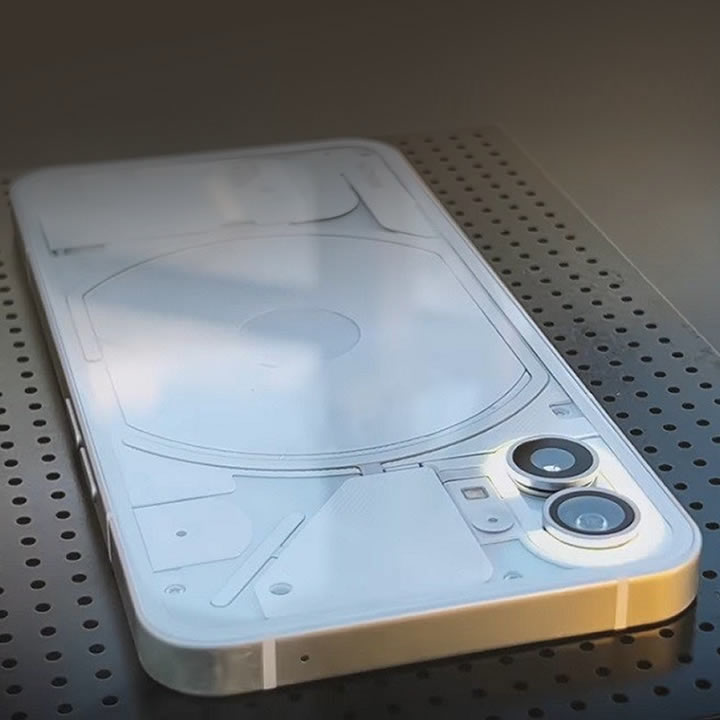 Founded by Carl Pei, a former co-founder of OnePlus, the enigmatic start-up Nothing, has simply launched one product since its appearance a little less than two years ago: a set of inexpensive earphones when compared to other headsets on the market.

The Nothing Phone (1), which is the company’s second product, has finally been released prior to its official introduction later this month.

We now have the whole list of features and prices for the Phone, which may be less expensive than you had anticipated.

Fans in the UK, Europe, and Asia can soon get their hands on a very unique phone that will undoubtedly live up to (part of) its hype, despite the fact that it will regretfully never come into the US.

Here is all that you need to know about the new Nothing Phone (1).

The Nothing Phone (1) will be released on the 21st of July. Although the phone won’t be released in the US or Canada, worldwide carrier partners have been confirmed for the UK, Europe, and Asia.

However, there’s still hope for the US. The company claims that it has ‘big plans to launch the U.S. supported smartphone in the future,’ but there has been no commitment to support these claims yet.

The Phone will be available in three versions which vary in price points:

The Phone is well-positioned to compete with devices like the Google Pixel 6, Samsung Galaxy S22, and iPhone 13 at that price, and it is actually more expensive than mid-range options like the OnePlus Nord 2T and Samsung Galaxy A53.

Anyone who has seen the Ear (1) headphones will immediately recognize the design language, which uses a combination of opaque and transparent plastic to allude to the phone’s internals without being overtly obvious about them. It comes in either black or white.

The phone’s series of LED light strips on the back is its most highlighting feature. These are known as the Glyph Interface, and they have some neat tricks up their sleeves. They can flash in white (but only in that color) in various patterns.

Hopes that the phone would employ the newest Snapdragon 7 Gen 1 or the flagship Snapdragon 8 Gen 1 chipset were dashed by the Qualcomm Snapdragon 778G+ chipset. It comes with 128GB or 256GB of storage and 8GB or 12GB of RAM.

The trade-off is that Nothing ships the phone without a charger in the package and that cable charging is just 33W, which is excellent but not the fastest available. The battery itself has a 4500mAh capacity, which is quite standard.

Although at the higher end of what you may anticipate, it supports HDR10+, a 240Hz touch sampling rate, and an under-display fingerprint sensor, all of which are rather standard for a modern mid-range.

The fairly-sized display screen will allow you to do all sorts of activities on this smartphone, from browsing the internet to shopping for clothes or travel tickets to playing your favorite games whether these be mobile games or engaging in online gambling in India.

It’s a little different with cameras. The pair of 50Mp back lenses are less common than the 16Mp, f/2.5 selfie camera. Nothing has chosen to focus on including two cameras that should be able to stand on their own.

Most phones at this price point just include a single decent camera and then fill the rear with dubious additional lenses.

Pei also unveiled Nothing OS, the Android-based user interface that will debut on the business’s first smartphone, at the announcement event in March. Pei claims that Nothing ‘captures the best features of pure Android, distilling the operating system to just the essentials, where every byte has a purpose.’

Pei claimed a reduction in pre-loaded apps of 40%, a concentration on Google’s own experiences as the primary point of contact for the majority of services, and built-in interaction with not only the Nothing Ear earbuds but also Tesla vehicles and NFTs.

Pei promised four years of security upgrades in addition to three years of Android OS updates, thus the phone will initially ship with Android 12 before receiving updates to Android 13, 14, and 15.

A beta version of the company’s app launcher is currently available on some smartphones running Android 11 or newer if you want to get a preview of what Nothing OS will look and feel like. Although it isn’t the complete OS, it will give you a taste of the interface.