Man, 46, accused of smashing a glass case to steal a ‘priceless’ 800-year-old copy of Magna Carta at Salisbury Cathedral denies attempted theft as he appears in court in a MI5 T-shirt

Mark Royden from Canterbury, Kent pleaded not guilty to the attempted theft of Magna Carta from Salisbury Cathedral

A suspected smash-and-grab thief has denied trying to steal an 800-year-old copy of Magna Carta from Salisbury Cathedral.

Mark Royden, 46, from Canterbury, Kent, is alleged to have used a hammer to shatter its protective glass box in order to snatch the ‘priceless’ historic manuscript last year.

The defendant, wearing shorts and blue top emblazoned with the acronyms GCHQ and MI5, today pleaded not guilty to criminal damage and attempted theft of the ‘irreplaceable’ document.

Royden represented himself at Salisbury Magistrates’ Court and only spoke to enter his pleas and confirm his name, address, date of birth and his nationality – which he stated as English.

He is accused to have been stopped by members of staff and a tourist before being arrested by police during a visit to the cathedral on October 25 last year.

Ryan Seneviratne, prosecuting, said that the hearing should be transferred to the crown court because the damage caused to the protective case was valued at £17,606 – more than the £10,000 threshold for trials to be heard at the magistrates’ court. 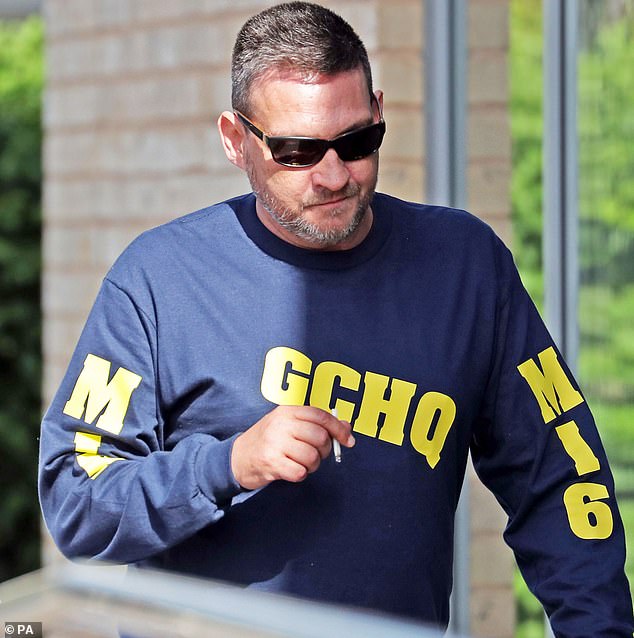 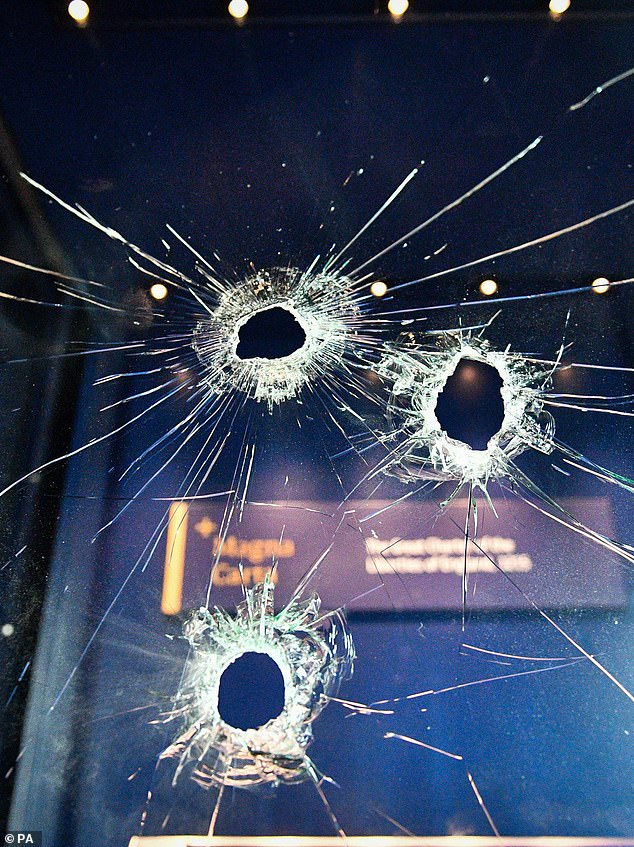 Adjourning the case to be heard at Salisbury Crown Court on July 31, she told the defendant: ‘Your case is going to be heard in the crown court not the magistrates’ court.

‘You are on conditional bail and those conditions are that you do not enter Salisbury Cathedral or enter Cathedral Close.’ 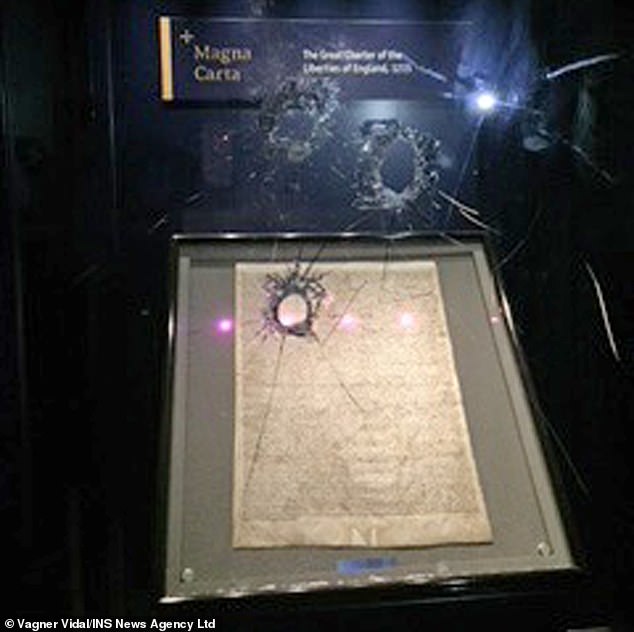 The protective case itself is believed to be worth £17,606 – prompting prosecutors to push for the case to go to the Crown Court

Salisbury Cathedral’s copy of Magna Carta is one of four that remain in existence from the original 1215 charter.

King John issued Magna Carta after agreeing peace terms with a band of rebel barons and it is now one of the world’s most celebrated legal documents. 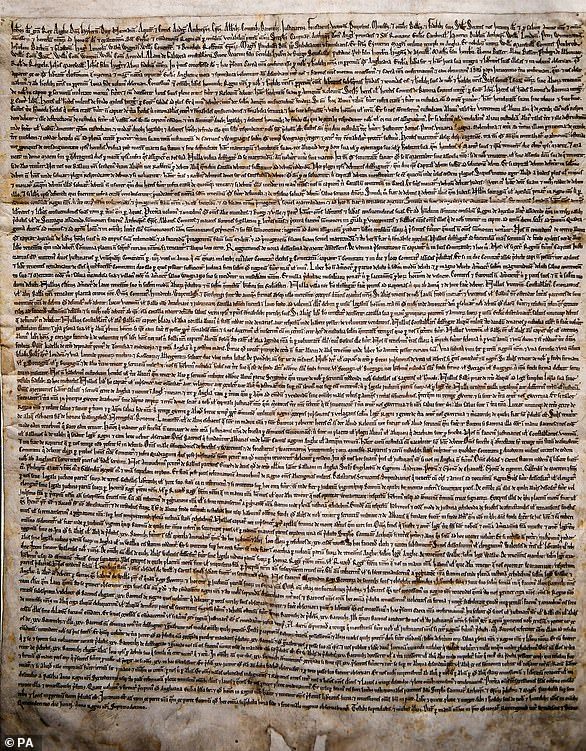 Many people believed King John to be one of the worst kings in history after he imprisoned his former wife, starved opponents to death and murdered his nephew.

He also imposed heavy taxes on his barons for expensive wars and if they refused to pay he punished them.

But the barons demanded he obey by the law and captured London so King John was forced to negotiate.

The two sides met at Runnymede in June 1215 and they wrote the Magna Carter.

The most famous clause, which is still the law today, gave all ‘free men’ the right to justice and a fair trial.

Two other clauses are still in force today – the freedom of the English Church and the ancient liberties of the City of London.

King John died of dysentery in 1216 and nine year old Henry III took to the throne.

Magna Carta was reissued several times during the 13th century, until it was finally made part of English law.

The ancient document has lived on for 800 years, and is used in the United States Declaration of Independence and the Universal Declaration of Human Rights.