The controversial demolition of Sydney’s Allianz stadium comes with a big upside for members of the SCG Trust’s $44,000-a-year ‘first class’ membership program.

Just as the stadium will be torn down and rebuilt, the SCG Trust is forging ahead with plans to build plush new recreational facilities for ‘gold’ and ‘platinum’ members.

‘State of the art’: An artist’s impression of the swish new recreational Sydney Cricket Ground recreational facilities which will open at the same time as the new Allianz stadium 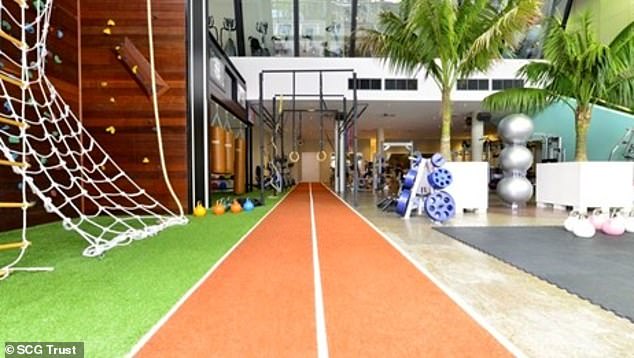 The interim gym facilities at Allianz Stadium including a rope wall, sprints lane and kettlebells

The construction of the new facilities – no doubt of a higher calibre than the current ones – raises questions about the SCGT’s priorities.

It comes at a time when the Trust has demanded $729 million in taxpayer money to knock down and rebuild 30-year-old Allianz stadium for fire safety reasons.

Both Tony Shepherd, the trust’s chairman, and Kerrie Mather, its CEO, have boasted about the new facilities, which will open when the new stadium opens in 2022.

‘When the new stadium opens … there will be new state of the art member facilities in the precinct as well – improving markedly on the current offering,’ Mr Shepherd wrote in last year’s annual report.

Ms Mather hailed the opportunity to ‘realign our recreational facilities with the demands and aspirations of today’s members’ in a NSW government media release.

‘The redevelopment also presents an opportunity to realign our recreational facilities with the demands of today’s members,’ she said.

Phil Heads, a spokesman for the SCGT, said the new recreational facilities won’t be taxpayer funded.

‘The SCG’s paying for this – they’re not taxpayer funded, no public money,’ he said, pointing to a parliamentary inquiry that found in favour of demolition.

It is being funded by a ‘private loan facility’. 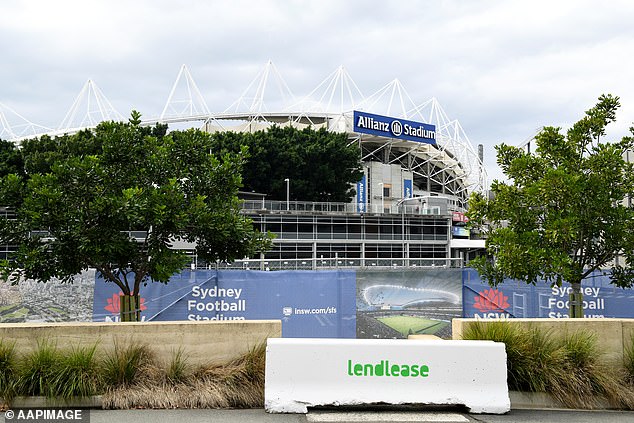 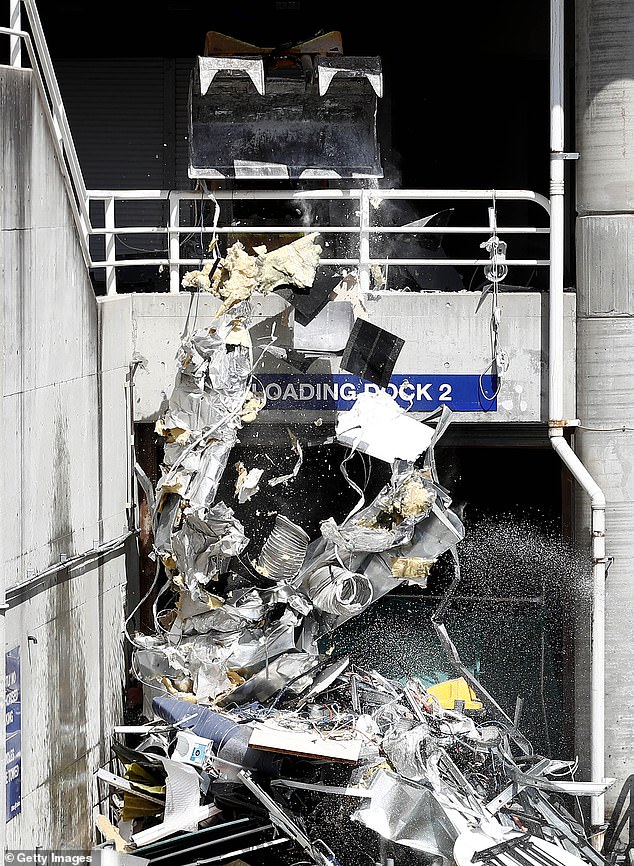 The new facilities come amid public anger at the demolition of Allianz stadium and the future knock down rebuild of ANZ stadium.

The demolition of Allianz can begin immediately after a judge dismissed an application to extend a court order preventing major works on Friday.

Liberal Premier Glady Berejiklian promised to spend more than $700million of taxpayer money to demolish and rebuild Allianz Stadium and $800 million to refurbish ANZ Stadium at Sydney Olympic Park, in the city’s west, should it win the election.

Meanwhile, Labor has vowed to cancel the projects and invest the money in schools and hospitals instead. 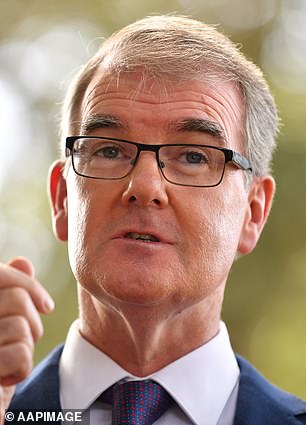 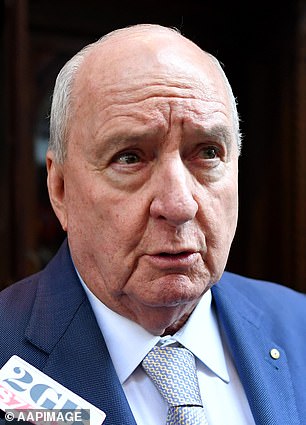 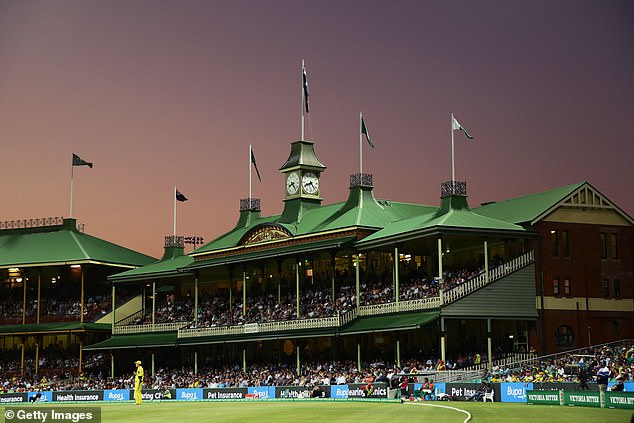 Jones said Allianz stadium had no fire sprinklers which was ‘completely in breach of the building code’, plus insufficient emergency exits.

Mr Daley said: ‘Well I make this point – the ladies’ stand and the Members’ Stand at the SCG are made of wood.

‘They don’t comply with today’s standards either. I don’t see people rushing to try and knock them down.’

Mr Heads told Daily Mail Australia the heritage-listed Members’ and Ladies’ pavilions at the SCG had been retro-fitted with sprinklers, smoke alarms and heat sensors.