Allison Langdon has hinted Tracy Grimshaw could make a comeback to 60 Minutes after having a year off.

The new A Current Affair host gave an elusive response about her possible return to TV screens when grilled on KIIS FM’s The Kyle and Jackie O Show on Tuesday.

Kyle bluntly asked Ally if Tracy would come out of retirement and helm Nine’s flagship show.

‘Who knows?’ Tracy is cooked. She’s tired,’ Ally said of her former colleague.

Tracy was somewhat cagey about her next moves when she appeared on the Kyle and Jackie O Show last week, saying she was simply focusing on life.

When Kyle asked the TV veteran if she would be moving on to The Project or another news show, Tracy said it wasn’t on the cards for her just yet.

‘I’m having a year off and I’m not doing anything for an entire year. I’m resetting my work-life balance to purely life next year,’ she said.

Meanwhile, Kyle also questioned Ally on Tuesday about Tracy seemingly ‘snubbing’ her hug during her last day of work. 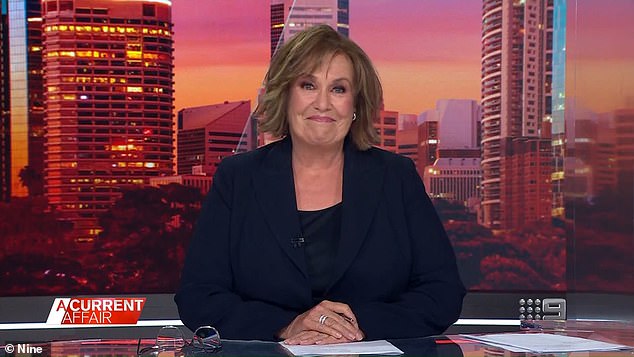 Tracy was somewhat cagey about her next moves when she appeared on the Kyle and Jackie O Show last week, saying she was simply focusing on life

Ally assured Channel Nine viewers there’s no hard feelings between herself and Tracy.

She revealed Tracy had sent her a text to smooth things over and had been nothing but supportive of her taking over as the new host of A Current Affair.

‘I hate this idea of women being pitted against each other,’ the 43-year-old said.

‘Tracy has talked me through this whole process. I’ve had so many chats with her, about taking over and sitting in that chair,’ she continued.

She also said Tracy had texted her the night of the snub and that everything was fine between them.

Tracy previously clarified on Twitter she hadn’t snubbed Ally after her final episode of ACA last week, and she had simply been ‘flustered and overwhelmed’ which caused the accidental oversight.

Ally will step into the coveted role at the current affairs stalwart in the New Year, after longtime host Tracy quit in September.

Channel Nine shared the news to the official Instagram account of A Current Affair on Sunday, praising Ally, 43, as one of ‘Australia’s most fearless and respected journalists’.

‘In 2023 Ally Langdon will step into the host chair of A Current Affair following the retirement of longtime host Tracy Grimshaw,’ the announcement read.

One of Australia’s most fearless and respected journalists, Ally has built her career on trust, empathy and a commitment to journalistic excellence. She will start on air on Monday January 30, 2023. Welcome to the team Ally!’ 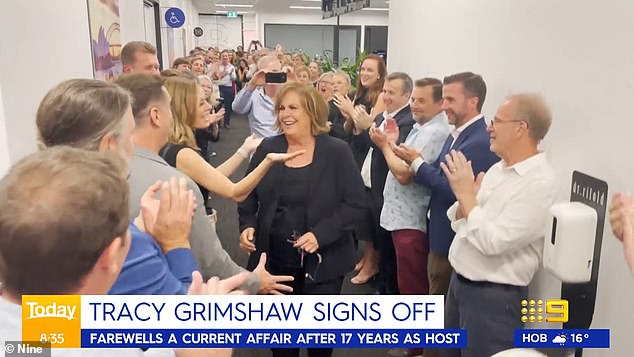 Meanwhile, Kyle also questioned Ally on Tuesday about Tracy seemingly ‘snubbing’ her hug during her last day of work.  Ally assured Channel Nine viewers there’s no hard feelings between herself and Tracy

The post included an image of Ally emblazoned with the words ‘new host’.

In a press release on Sunday, Ally expressed her excitement and trepidation at taking on the respected position.

‘It is such an incredible honour to be joining the A Current Affair team. A show I love, respect and have been watching since I was in school and Jana Wendt was host,’ the journalist began.

‘I won’t lie – it’s daunting to be stepping into the role that Tracy has so brilliantly navigated for the past 17 years, with such warmth and compassion.

‘I hope to bring my own warmth and compassion to the show as we continue to tell great stories that matter to our amazing viewers.’

Ally also confirmed she will be leaving the Today show, which she has hosted alongside Karl Stefanovic, as a result of the new gig – but expressed joy at no longer having to work early morning shifts in favour of a nightly show.

‘I get it’s a big change for our audience and also for me personally. There is great sadness at leaving my brilliant Today show family, in particular my co-host Karl, who has made these past three years so wonderful and fun, although I won’t miss that 3am alarm!’ she said. 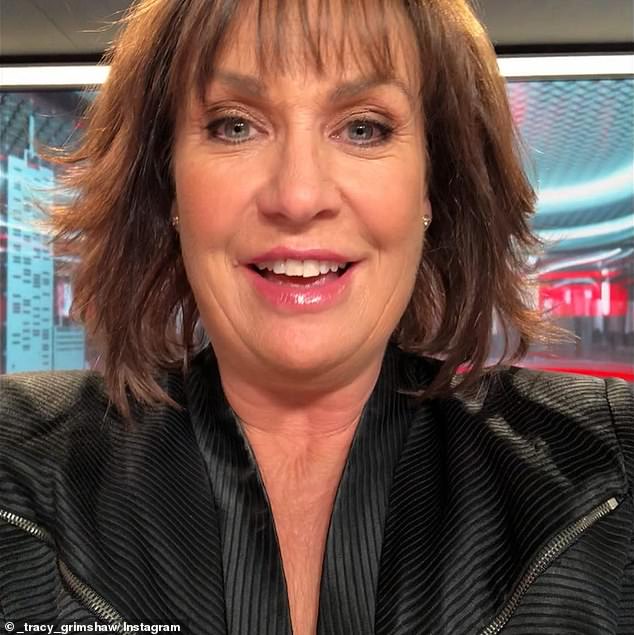