This is the moment an alpaca spits in a little boy’s face after he taunted it with food.

Footage shows the child chucking the contents of a brown paper bag into the creatures’ enclosure at a zoo in Bowmanville, Ontario, in Canada.

A flock of seagulls can be seen swooping in to hoover up the food as two hungry alpacas grow increasingly frustrated.

One suddenly spits, sending the boy running for cover.

The child had been visiting the zoo with his family in April when he was caught by surprise by the spitting alpaca.

He can be seen taunting the animals in the video, which appears to be taken by one of his parents. 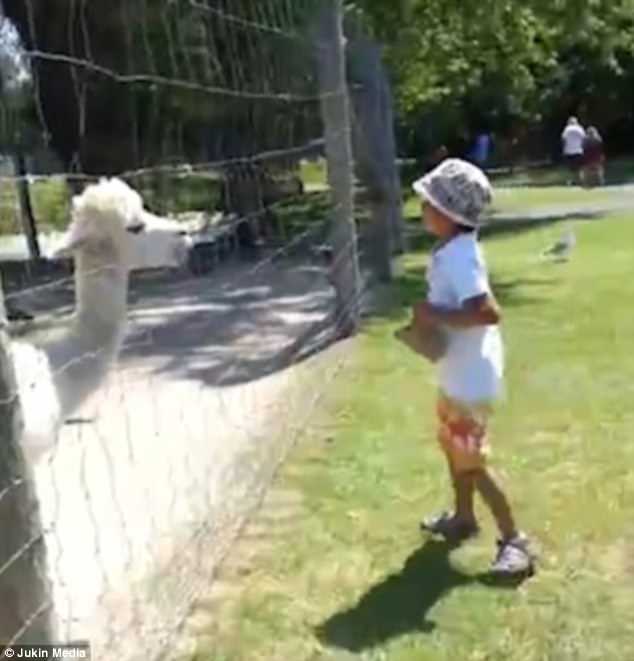 The little boy taunting the creature, throwing food over its head into the enclosure where it was then hoovered up by a flock of seagulls

After throwing the food out of the alpacas’ reach, one of the creatures decided to take revenge.

It stepped forwards and spewed saliva directly into the child’s eyes.

As the spit hits his face, the little boy giggles and shrieks ‘Eww!’ 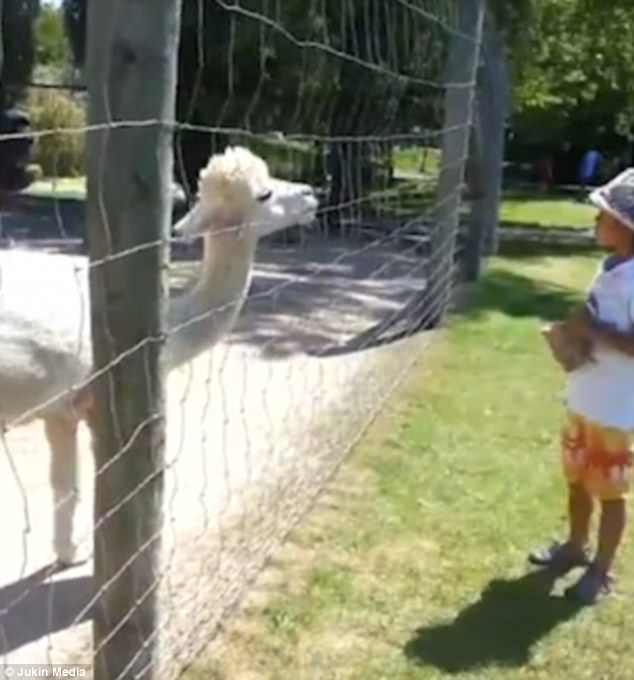 The alpaca steps forward just before spitting at the boy at a zoo in Ontario, Canada 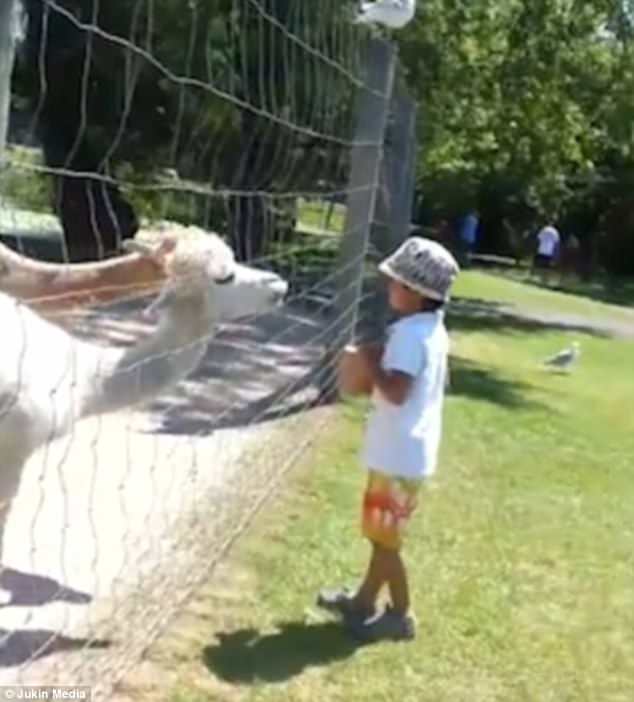 The frustrated and hungry white alpaca just before it spits at the child, taking him by surprise