Alphabet overtakes Apple as the world’s most cash-rich company

Alphabet, the parent company of Google, has overtaken Apple to become the most cash-rich company in the world.

Up until the second quarter of this year, Apple had been the company with the biggest financial reserves for a decade.

Alphabet has now dethroned Apple with $117 billion in liquid reserves, according to the Financial Times.

Alphabet, the parent company of Google, has overtaken Apple to become the most cash-rich company in the world with $117 billion in liquid reserves

Alphabet’s cash pile has increased by almost $20 billion in the same time frame.

The change in rank doesn’t necessarily mean Alphabet is doing better than Apple.

The iPhone maker has been actively trying to reduce its cash pile on purpose after being criticized by some investors that it was hoarding cash.

Apple has spent $122 billion on buying back stock since the beginning of last year.

The company has also paid dividends in the last 18 months and taken advantage of a one-time tax incentive to bring cash back in the U.S.

Meanwhile, Alphabet has faced increasing scrutiny for holding on to so much cash.

‘In general, their attempts to reinvent themselves with their new initiatives aren’t working out,’ Walter Price, a portfolio manager at Allianz Global Investors, told the Financial Times. 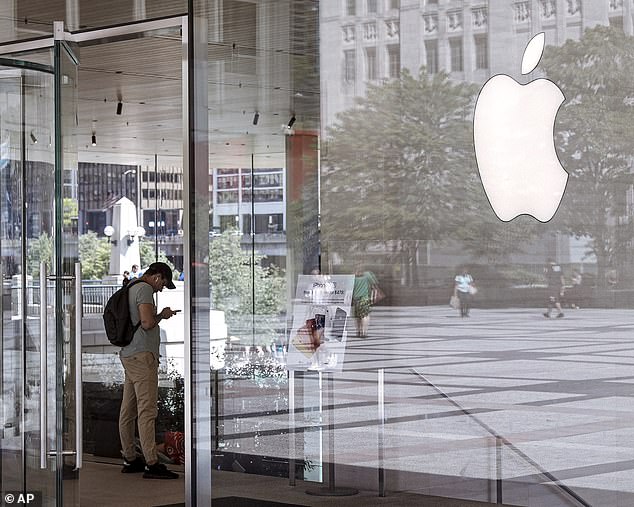 Alphabet has been using its financial reserves to get into new markets, including $25 billion on real estate like New York Google office spaces and data spaces.

Earlier this month, Alphabet said its board had approved a $25 billion stock buyback program.

The company has reportedly been authorized to repurchase $37 billion of stock since the beginning of this year.

It comes as Google and its parent company have been hit with about $9 billion in antitrust fines in Europe in the last two years.

The company is also currently facing U.S. government probes following the announcement of a new antitrust investigation headed by the Justice Department.