Altrincham mother was found drunk next to her crashed Audi

A personal assistant found drunk next to her crashed Audi after drinking vodka begged a court not to ban her from the roads because her job was ‘too important’ to get public transport.

Paris Hall, 28, said she had already been disciplined by her bosses for being late into the office due to heavy traffic and said she feared a driving disqualification would cost her the job.

The single mother-of-one was breathalysed by police in Altrincham, Greater Manchester, after she had been out drinking vodka with friends.

Officers found her to be twice over the limit after a patrol spotted her stood next to the wreckage of her Audi A1 in the early hours of Sunday, February 19.

She was initially charged with drink-driving but the allegation was reduced to being in drunk in charge of a car after a friend came forward to say she had been behind the wheel as Hall was too drunk to drive.

At Manchester Magistrates Court, Hall admitted being drunk in charge of a vehicle but argued she should be excused a driving ban explaining disqualification would cause her to suffer ‘exceptional hardship.’

She also said she was a ‘good person – not one of those people who is always in these places.’

But magistrates denied her application and banned her for six months and said she should get the bus or train to work. She was also fined £266 plus £80 in costs and surcharges.

Earlier James Gore, prosecuting, said: ‘Police saw the vehicle parked in a dangerous position in the road, smashed at the front, which the hazards lights flashing.

‘The defendant was stood next to the car and she explained she was on her way home from a friends house.

‘The officer found extensive damage at the front of the car and the defendant was drunk. She explained that she had been drinking vodka, but she had not been driving the car.’ 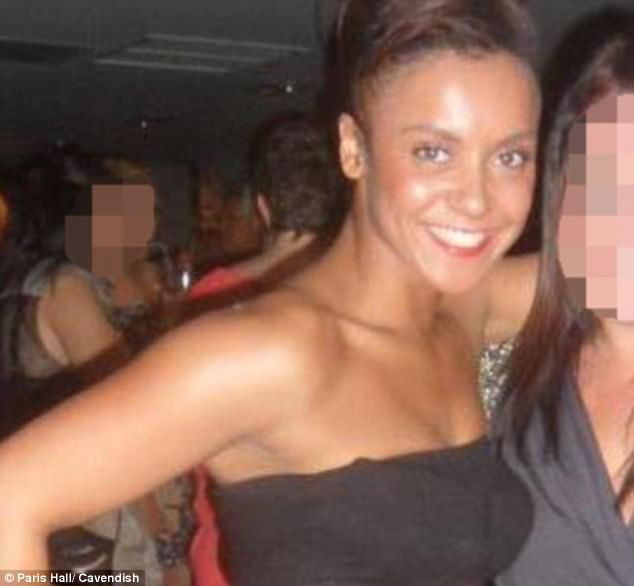 Ms Hall, 28, (pictured) said she had already been disciplined by her bosses for being late into the office due to heavy traffic

Tests showed she had 75 microgrammes of alcohol in 100 mililitres of breath.

Mr Gore added: ‘She was initially charged with drink driving, but then a friend came forward and explained that she had been driving the car, but had to leave in a hurry when she learned that something was wrong with her daughter.

‘She had a call from home to say her daughter was unwell so the friend and Miss Hall came home, with the friend driving the car.’

Hall, from Sale, Greater Manchester, who had a previous conviction for driving without insurance told the hearing: ‘I work as a care worker on Saturdays and Sundays.

‘I am also a personal assistant and team organiser for a company based in Manchester. 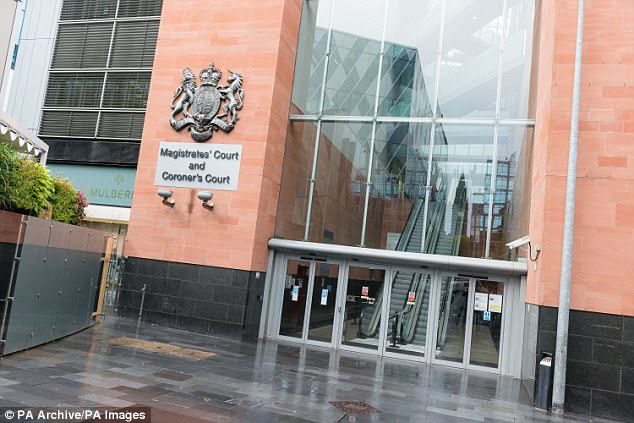 At Manchester Magistrates Court (pictured), Hall admitted being drunk in charge of a vehicle

‘For my job I have to travel round the country to organise different events and make sure the necessary paperwork is filled out.

‘I have to travel to London, Derby and all round Manchester. It’s really important for me to drive to work for these events as I won’t be able to receive childcare for my 9-year-old boy.

‘I would have to leave at 7am and the childcare doesn’t start until 8am. Nobody else can drive on my behalf because we work alone.

But JP Susan Craig told her: ‘You have the ability to use public transport to get to work, and you can speak to your employees about going to these events.

‘If you drive during your disqualification period, you could face custody.’

Motorists convicted of being drunk in charge do not face a compulsory ban and can often escape with 10 points on their licence.

Lawyers claimed they will have a defence to the charge if he can show that at the time of the offence there was ‘no likelihood’ of them driving the vehicle at the time.