Alvaro Morata’s annus horribilis circa 2018 looks like it has carried on into 2019 as his luck in front of goal continues to desert him.

After 18 unforgettable months at Chelsea, the 26-year-old is now at Atletico Madrid on loan looking to rediscover his goalscoring touch.

And on Wednesday night, it appeared he had done just done that against Juventus in the Champions League last-16 first leg at the Wanda Metropolitano. 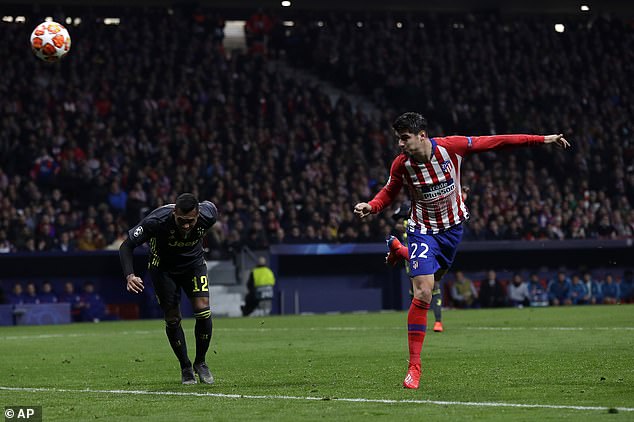 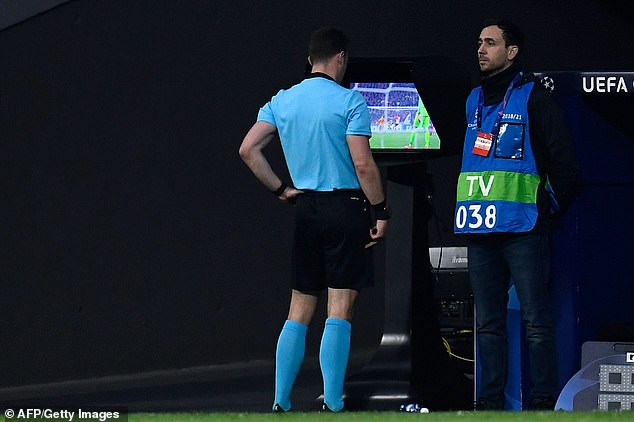 However, German referee Felix Zwayer reviewed the incident after the striker was flagged for a foul on Juventus defender Giorgio Chiellini during the Champions League last-16 first leg 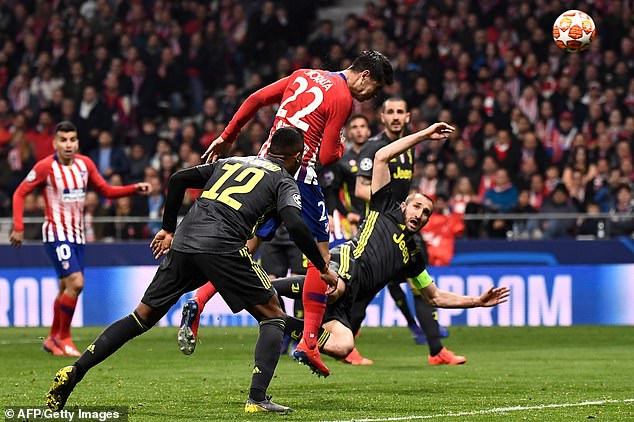 After reviewing the incident, Zwayer did decide that Morata had pushed Chiellini (right) en route to scoring at the Wanda Metropolitano

The striker thought he had given Atleti the lead midway through the second half with a thunderous header from a Filipe Luis cross.

The replays suggested it was a dubious decision in favour of the Italian defender as Morata’s emotions went from pure jubliation to pure despair as Zwayer adjudged him to have pushed the Italian.

The chalked-off goal means Morata is now goalless in his four games for Atletico. 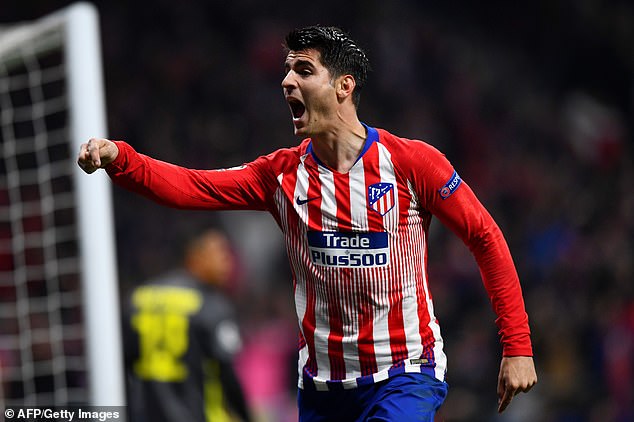 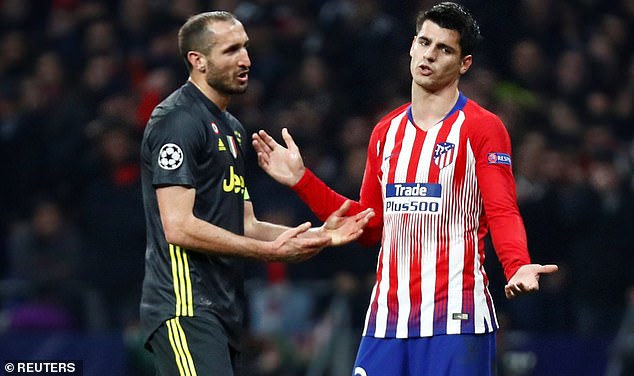 Despite his protestations, BT Sport pundit Jermaine Jenas was adamant that the right call was made.

‘I think it was a spot on decision, if you look at Morata’s face he’s as guilty as they come, he’s looking around thinking “really, you’re going to give me this one?”

‘I don’t think it is soft, I think you underestimate sometimes momentum and when you’re running forward and someone pushes you it doesn’t take a lot to push you out of line,’ he said in his post-match analysis of the match.

‘He’s got that line covered chiellini. Yes he overexaggerates, he buys it very well, but I still think it’s the right decision.’

Morata will look to end his barren on Sunday afternoon when Diego Simeone’s host Villarreal in La Liga.