Amal Clooney, 17, beams as she poses for end of term photo

Dressed in a red short-sleeved jumper and sporting long and sleek black hair, Amal Alamuddin shows off the elegance and class that made her the perfect school scholar – and future wife of Hollywood’s former most eligible bachelor, George Clooney.

The successful human rights lawyer, 37, stands out in the first ever pictures from her school days at the exclusive Dr Challoner’s High School in Amersham, Buckinghamshire.

The photo was taken in 1996, when Amal was 17 and about to graduate from the all girls grammar school and take a place at Oxford University studying Law.

Striking: Amal Clooney stands out in the first ever pictures from her school days at the exclusive Dr Challoner’s High School in Amersham, Buckinghamshire, taken when she was 17 in 1996

While the Lebanese-born beauty looked stunning, her husband-to-be George was melting hearts as Dr Doug Ross in the hospital drama ER.

By coincidence he was dating another law student, Celine Balitran, after divorcing his first wife, Talia Balsam.

However there’s nothing to suggest in later life that she’d have a reputation for being a seductress. 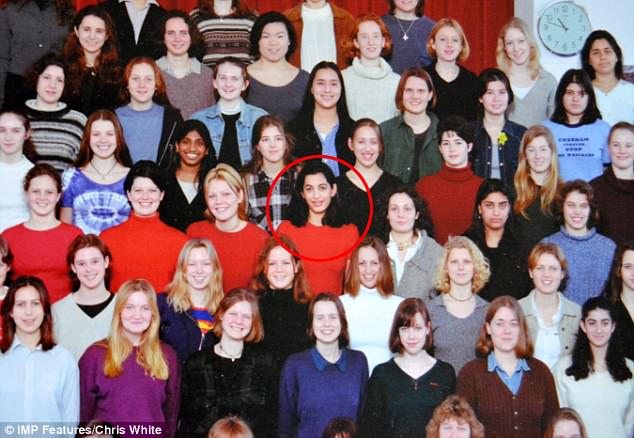 Standing out: The picture was taken when Amal was about to graduate from the all girls grammar school and take a place at Oxford University studying Law 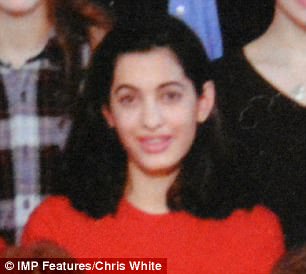 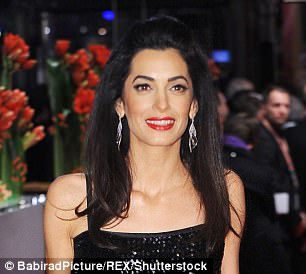 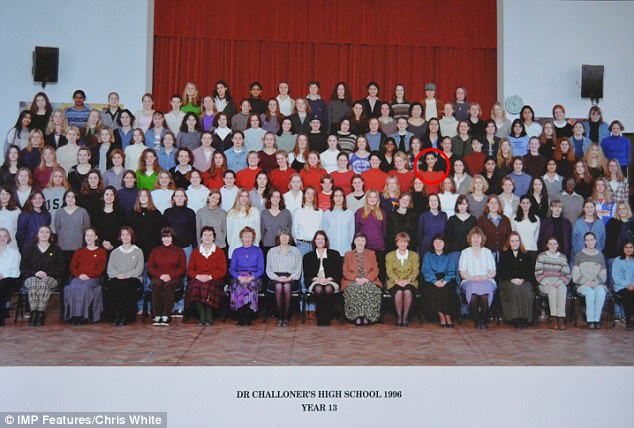 Group photo: The lawyer, now 13, is joined by her fellow year 13 students for an official end of year shot

Most of those who studied with her at Oxford’s St Hugh’s College remember the 37-year-old as a hard worker, who would snub nights out on the town to debate human rights or study in her room.

‘Her nickname at Oxford was “Just Cause,” because her favourite topic of conversation was her various political interests,’ a college friend says.

And her due diligence paid off as she won a place at the NYU School of Law and is now one of the world’s most prominent human rights lawyers, as well as being a loving wife to George! 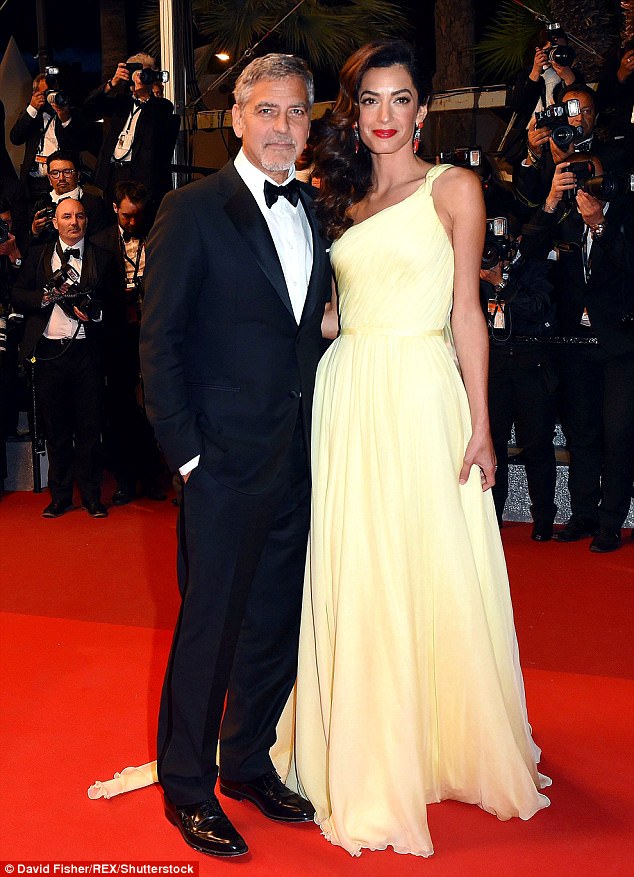 Happy couple: Amal and George married in Venice in 2014. Their two children, twins Alexander and Ella, were born in 2017

Dr Challoner’s High School, where it all started, have never forgotten her achievements and this year gave her a special mention in the school prospectus, praising her among a list of other famous alumnae.

They wrote: ‘Amal Alamuddin, the successful human rights barrister and activist, who was appointed to a number of United Nations commissions including as adviser on Syria, is another famous Challoner‘s girl.’

Amal would go on to marry Hollywood star George in 2014, with Clooney’s close friend Walter Veltroni officiating the ceremony at Venice City Hall.

The Gravity star, 56, who was a reconfirmed bachelor until he met the raven-haired barrister, previously described Amal as the ‘love of my life.’

‘I’ve never been happier in a relationship by any stretch of the imagination,’ Clooney told Esquire of his wedded life with the lawyer.’At 52 I found the love of my life and I’m really happy.’