A mother claims she and her two young children were ‘trapped’ inside their own home after deliverymen dumped a sofa just four inches from their front door.

She had to be rescued by a neighbour following the delivery debacle in Brighton on March 22.

To make matters worse, she was charged £50 for the botched delivery on top of the £280 price of the furniture.

Ms Burnett also claims that the sofa was left just inches from the door despite her pleading with the delivery team to bring it inside her flat.

She ordered the Henley sofa from a firm called Laura James, who sell online via Amazon’s website.

Posting to Amazon’s official page, Bryoni wrote: ‘Thanks to the Amazon delivery drivers who trapped me in my flat by putting three large boxes, very heavy boxes at that rift behind my stair gate so me and my two young children were stuck!

‘I had to phone a neighbour to come and help me get out!’

She added: ‘I was so cross! Both drivers said sorry that’s all we can do and Just left! Couldn’t move it at all. 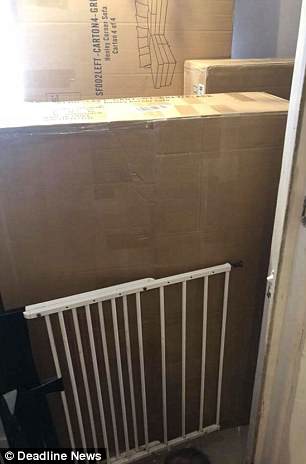 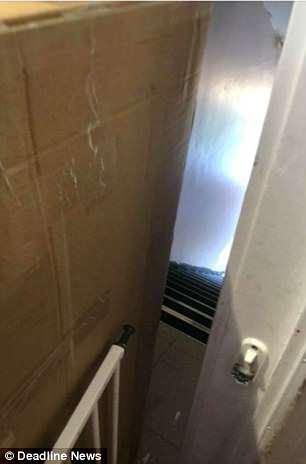 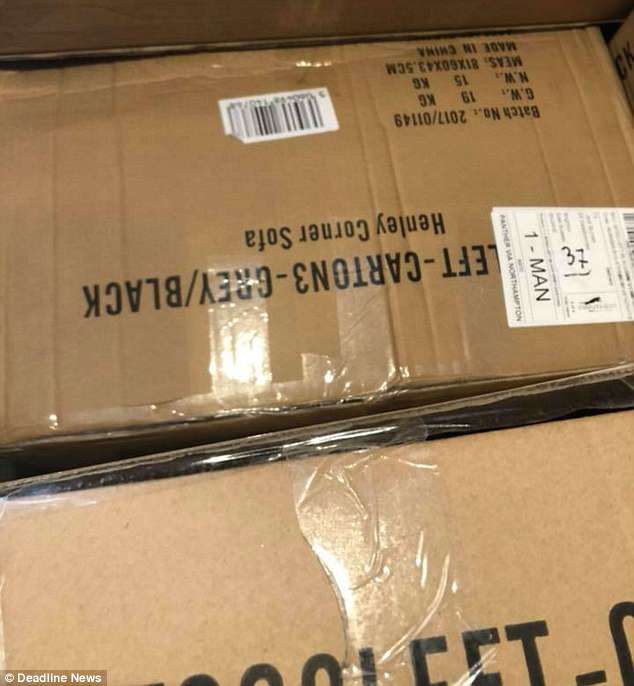 Amazon apologised for the incident, responding: ‘My sincerest apologies for the frustration and difficulty this has caused you, Bryoni!

An Amazon representative, named Stephani, responded to Bryoni by providing a link to their feedback page, writing: ‘Oh no, Bryoni! I am so sorry that the items were left blocking the entrance!

‘We’d like to make sure that this is reported to the correct team. When you get a moment, please reach out to us directly here and we can make sure the feedback is submitted.’

Bryoni responded: ‘The entrance and exit! I’ve already called and tried to complain but Amazon are not taking any blame for it.’

Amazon then apologised for the incident, responding: ‘My sincerest apologies for the frustration and difficulty this has caused you, Bryoni!

‘This is certainly not the level of service we strive to provide. Our team would like to research this delivery further with you.’ 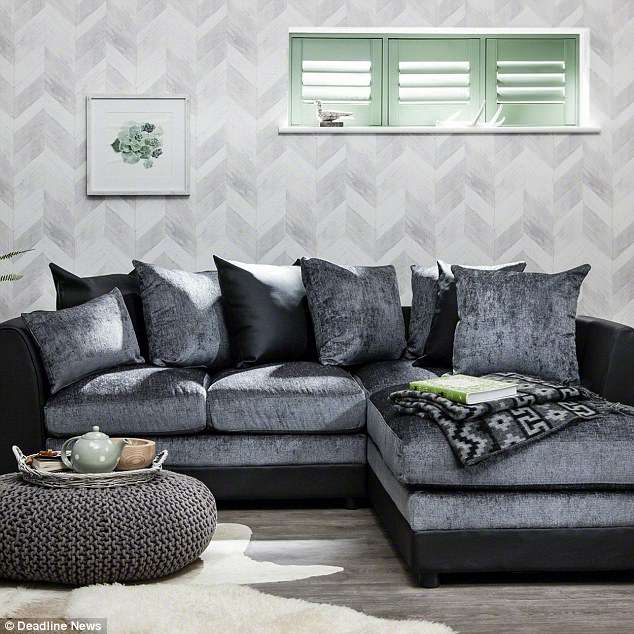 She ordered the Henley sofa from a firm called Laura James, who sell online via Amazon’s website

Speaking today, Bryoni said she had since established that the delivery firm was engaged by Laura James rather than Amazon.

She said: ‘I was contacted by the sofa company and was told the drivers were apparently being investigated.

‘That was partly my issue with it – I paid that much to be blocked in my flat.’

Jack Burnett wrote: ‘Lucky there wasn’t a fire! Being the only way in and out.’

And Sharon Piercy wrote: ‘Omg. Daft sods. Glad you all okay. Idiots should be severely punished and ‘re trained’.’