Christmas DOES come early! Thousands of sick kids spending the school holidays in hospital to be surprised with $50,000 worth of free toys from Amazon

Christmas will come early for thousands of sick kids with Amazon to deliver $50,000 worth of toys to children’s hospitals across Australia on Monday.

The online giant will drop the gifts to the 10 Starlight Express Rooms in children’s hospitals across Australia from Monday, in a bid to relieve stress and share smiles, as part of it’s Amazon Prime day.

The July school holiday treats will include games, arts and crafts and gift cards, along with the toys.

Amazon Australia have partnered with the Starlight Children’s Foundation to donate $50,000 worth of toys to seriously ill children across the country 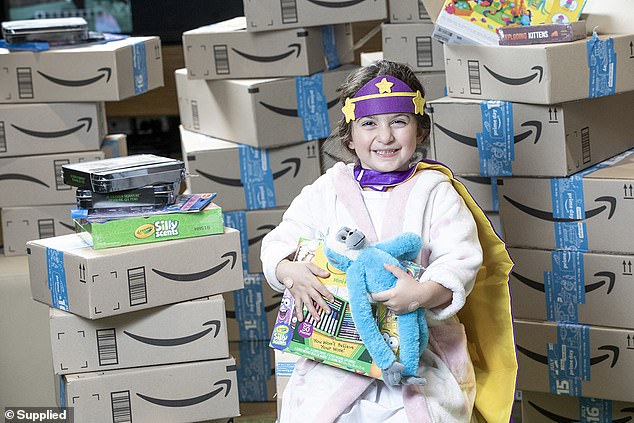 Amazon.com.au have also pledged to donate the foundation an additional $5 from every toy purchased during the retailer’s Amazon Prime Day Shopping Event.

Children and families make more than 15,000 visits to Starlight Express Rooms across Australia every month.

In the last two years, the charity has seen a 26 per cent increase in the need for rooms.

Starlight CEO Louise Baxter praised the partnership with Amazon Australia and the importance of sharing happiness with an ill child.

‘We know happiness matters to a sick child’s development and the work we do in children’s hospitals nationally is only made possible through community support,’ she said.

‘We’re excited to partner with Amazon Australia and believe their donated goods and services will deliver happiness to kids in hospital.’ 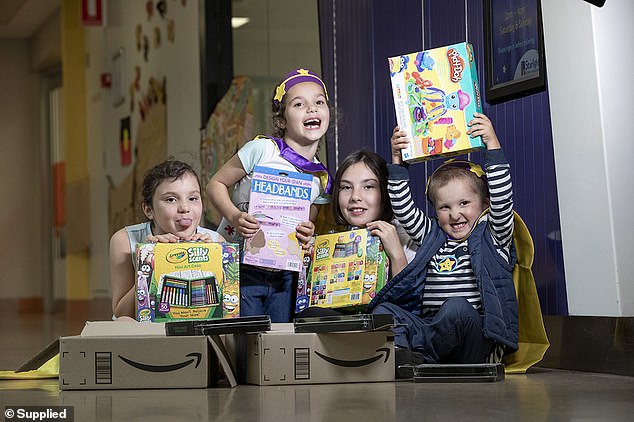 The July school holiday treats will include games, arts and crafts and gift cards, along with the toys 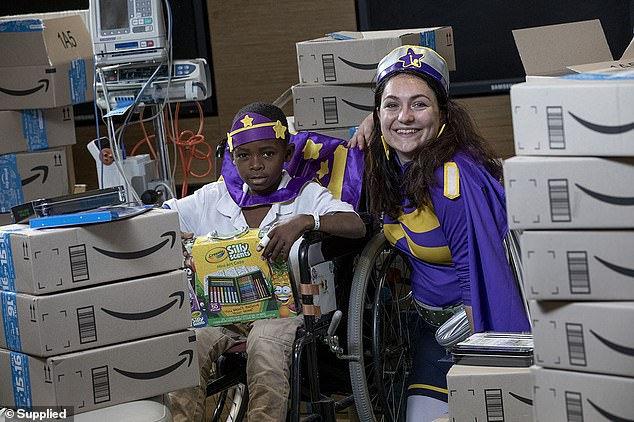 Children and families make more than 15,000 visits to Starlight Express Rooms across Australia every month. In the last two years, the charity has seen a 26 per cent increase in the need for rooms

Ms Baxter said the funds raised from the Prime Day sale would allow the organisation to provide more sick kids and their families access to the Starlight Express Rooms, amid increased demand.

Australian Amazon Prime members will have access to tens of thousands of deals on Monday and Tuesday for the shopping event.

They’ll also be given an extra 17 hours of promotions straight from the United States available on Amazon.com.au.

‘We hope our support can help give sick kids and their families a bit of break during the school holidays, as well as helping Starlight continue with their much-needed services into the future,’ he said.

The toy drop begins on Monday and will continue throughout the rest of the month.

Starlight was established in 1988, to replace pain, fear and stress with fun, joy and laughter.

In 2018 the foundation granted 541 life-changing wishes and delivered over 575,000 positive experiences to seriously ill children, young people and their families.

Every children’s hospital in the country has a Starlight Express Room and there are more than 160 Captain Starlights spreading joy nationwide.

Starlight are planning to refurbish their express rooms in Newcastle and Canberra this year.