Amazon will NOT be impacted by £500m digital services tax – but smaller retailers will be, HMRC admits

Retail giant Amazon will not by impacted by a new digital services tax – but traders who use the site will be, the HMRC has revealed.

In June Rishi Sunak signed a letter alongside counterparts in France, Spain and Italy declaring that tech giants needed to ‘pay their fair share of tax’.

But just seven months after the tax was announced in March, HMRC has revealed Amazon, which paid £293million in taxes on sales of £13.73 billion, will not be affected by it, The Times reported.

The Digital Services Tax was announced in March, in the hope the likes of Facebook, Google and Amazon would make a ‘fair contribution,’ the Treasury had said

The paper claims the online retailer will only have to per a two per cent charge on revenues it receives from third-party sellers trading on its marketplace.

With Amazon expected to cover the cost by charging higher fees, putting it at an advantage compared to the businesses that use the website.

In August it was reported that the Treasury was considering ditching the tax  after Mr Sunak concluded that the £500million a year it is expected to raise is a pinprick compared with the hundreds of billions of pounds dent to the nation’s finances caused by the coronavirus epidemic.

Business groups have criticised the levy following this latest revelation.

Lord Leigh of Hurley told the House of Lords: ‘It is clear that the UK government is not taxing Amazon properly and is allowing it to avoid tax on its own sales through the marketplace.

‘This puts regular retailers at a significant disadvantage. The digital sales tax does not achieve its objective of yielding more revenue from the likes of Amazon, as it is simply passed on to its suppliers in the marketplace, which have to absorb this tax in their margin.’

Announcing it earlier this year, the Treasury described the levy as ‘a new two per cent tax on the revenues of search engines, social media services and online marketplaces which derive value from UK users’. 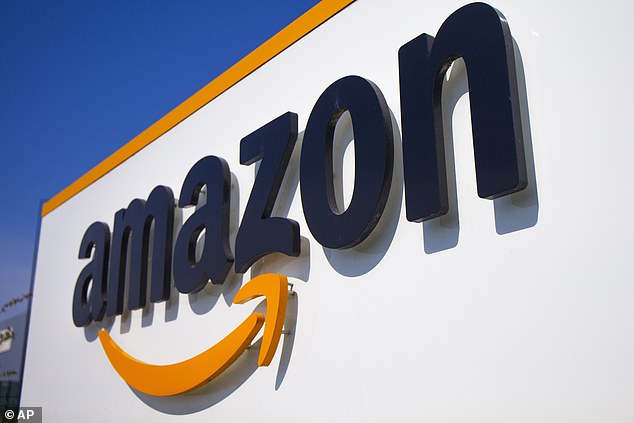 It looks as though Amazon will not be impacted by the tax, but smaller retailers using the site as a marketplace will. Lord Leigh of Hurley told the House of Lords: ‘It is clear that the UK government is not taxing Amazon properly’

The British Independent Retailers Association has voiced its own opposition, warning the tax has penalised smaller retailers while giving Amazon the edge.

An Amazon spokesman said: ‘Like many others, we have encouraged the government to pursue a global agreement on the taxation of the digital economy at OECD-level rather than unilateral taxes, so that rules would be consistent across countries and clearer and fairer for businesses.’