By Glen Owen And Harry Cole For The Mail On Sunday

Amber Rudd was last night at the centre of claims that she was part of a cynical ‘plot’ to force the capitulation of Tory Brexiteers over Theresa May’s deal with Brussels.

The Work and Pensions Secretary faced fury after she joined fellow Remainer Cabinet Ministers, Business Secretary Greg Clark and Justice Secretary David Gauke, in signalling publicly that they would force a delay to Brexit to stop a ‘disastrous’ No Deal.

While some leading figures in the pro-Brexit European Research Group (ERG) said the three Ministers should resign as they were in breach of Cabinet collective responsibility, others said they suspected it was a ruse to scare MPs into backing Theresa May’s deal.

It came as ERG members indicated they were buckling under the pressure to back the PM.

One told The Mail on Sunday: ‘I think we will fold. The prospect of delaying Brexit is just too awful.’

Mrs May faces her ‘High Noon’ day of votes on her deal on Wednesday, although No 10 sources are playing down the chances of a breakthrough in time for a ‘meaningful vote’ to be held this week.

She will today fly to Egypt for an EU conference where she will use the ‘sidelines’ to try to secure success in negotiations on the Northern Ireland backstop, which remains the last significant barrier to winning Commons approval.

Last night, Mrs May – still reeling from the loss of three Tory MPs to the new anti-Brexit Independent Group – urged MPs not to ‘frustrate what was the largest democratic exercise in this country’s history’.

She added, in reference to the bitterness in the party over the loss of the MPs: ‘While I know it hurts to lose a fellow Conservative, our reaction has been the right one.

‘To listen to their reasons, even if we disagree with them. To explain politely where we think they’re wrong. To respect the sincerity of their decision, even if we regret it.

‘And to hold our nerve, keep our promises – delivering the best we can for the country we love, and putting the national interest first.

‘We are not a party of purges and retribution. We called a referendum and let people express their views, so we should not be seeking to deselect any of our MPs because of their views on Brexit. Our party is rightly a broad church.’ 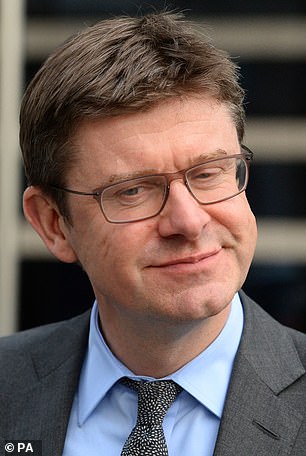 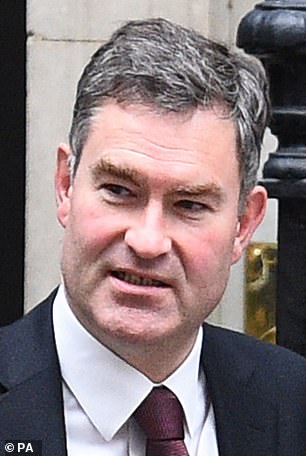 ‘In that case, they should do the honourable thing and resign from the Government immediately.’

But he added: ‘I think this is partly organised by No 10 to bully Brexit-supporting MPs into supporting the Withdrawal Agreement.’

No 10 sources rejected the claim, but one ERG member said: ‘The deal will go through eventually. We know we are being backed into a corner that says deal or no Brexit so we’ll have to go for the deal.’

Attorney General Geoffrey Cox could unveil legally binding changes in the Commons early this week in a bid to unite the warring Conservative Party. One plan discussed in Brussels would see a review clause added to the backstop to avoid it being triggered at the end of the Brexit transition period in 2021.

It comes as a poll for today’s Mail on Sunday suggest Mrs May would win a 34-seat majority if a General Election were held tomorrow.

The Deltapoll puts the Conservatives on 39 per cent, Labour on 31 per cent and The Independent Group on 11 per cent, with the Liberal Democrats on five per cent and Ukip on four per cent.