Viewing terrorist propaganda such as beheading videos and bomb-making guides online could be punished by 15 years in jail, the Home Secretary will announce today.

Amber Rudd has vowed to introduce tougher prison sentences for those convicted of accessing sickening jihadist and far-right content online.

A stricter 15-year jail term will also be brought in for fanatics who target police or members of the armed forces.

In an interview with the Daily Mail yesterday, Miss Rudd attacked tech giants who said there was ‘no business case’ for tackling web terror – a view she called ‘totally unacceptable’.

She said Google, Facebook, Microsoft, Twitter and other companies had a ‘moral obligation’ to stop the use of their sites to promote terrorism.

In the interview yesterday, the Home Secretary also said:

At the Tory conference today, Miss Rudd will pledge to tighten the law to target terrorists’ use of the internet.

She will propose changes to strengthen the existing offence of possessing information likely to be useful to a terrorist so that it applies to material viewed repeatedly online.

Currently the power applies only to online material that has been downloaded and stored on a computer or smartphone or printed off as a hard copy.

The changes will also increase the maximum jail term from ten to 15 years. 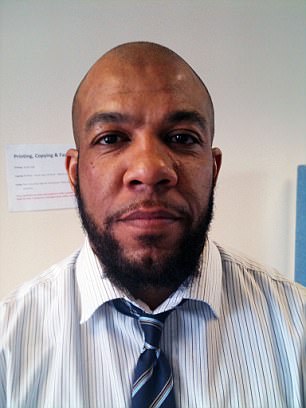 A day after Khalid Masood (pictured) murdered four and injured more than 50 outside Parliament, terror handbooks were available on Google and Twitter

Ministers are acting after prosecutors complained they were unable to bring terror charges against a man who had repeatedly viewed bomb-making videos on YouTube, because he had not saved the footage.

The Daily Mail has led the way in pushing for social media and internet firms to accept their responsibilities after a string of atrocities on Britain soil.

We have repeatedly revealed how easy it is to find terrorist content online.

A day after Khalid Masood murdered four and injured more than 50 outside Parliament in March we revealed how terror handbooks encouraging jihadists to mount a car attack before going on a stabbing rampage – the method used by Masood – were available on Google and Twitter.

The Mail also exposed how a day after the London Bridge attacks in June, which killed eight, an Islamic State manual telling followers not to be ‘squeamish’ about slitting people’s throats was being circulated on Google and Twitter.

It took less than 30 seconds to find links to the material, even though the internet companies have been warned repeatedly that their platforms are being used to recruit jihadists.

Last month Theresa May used a summit in New York to warn tech giants that her patience is running out over their failure to clamp down on jihadi groups.

Yesterday Miss Rudd said ministers could legislate so that Google, Facebook and others would face punishing fines unless they remove terrorist propaganda within a two-hour limit. She said the aim was to stop people feeling they could view extremist material ‘with impunity’, adding that it was ‘an important step forward’.

She said most of the 11 terror attacks – successful and thwarted – against the UK in the past year had ‘some sort of digital element’. 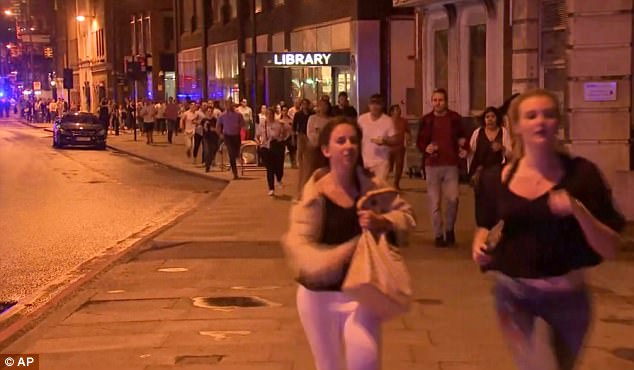 A day after the London Bridge attacks in June, which killed eight, an ISIS manual was being circulated on Google and Twitter. Pictured, people flee from the scene by London Bridge

The Government is concerned easy access to terrorist propaganda and guides online is radicalising vulnerable individuals.

Miss Rudd added: ‘This is an absolutely critical element, we believe, of creating the dangerous terrorists we have been receiving attacks from.’

Salman Abedi reportedly used extremist websites to learn how to build the explosive device that killed 22 people at a pop concert in Manchester in May.

Miss Rudd said: ‘I want to make sure those who view despicable terrorist content online including jihadi websites, far-right propaganda and bomb making instructions face the full force of the law.

‘There is currently a gap in the law around material which is viewed or streamed from the internet without being permanently downloaded.

‘This is an increasingly common means by which material is accessed online for criminal purposes, and is a particularly prevalent means of viewing extremist material. Changes will enable police and the security service to … intervene earlier in an investigation given the speed with which online radicalisation is taking place.’ 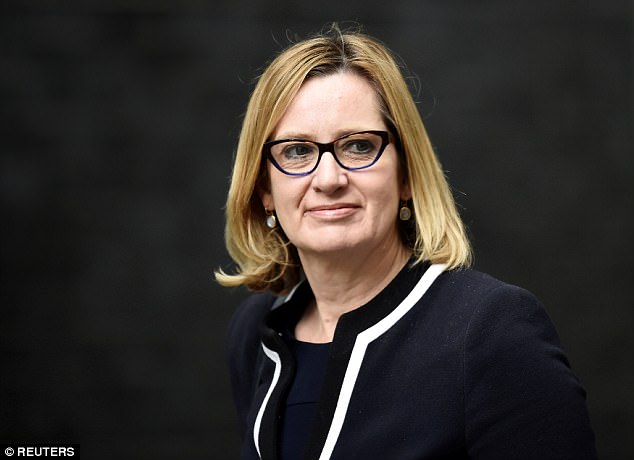 Miss Rudd said tech firms must do ‘much, much more’ to combat jihadist material

Of the tougher sentence for terrorists who the target the military and police, Miss Rudd said: ‘Now the message that comes out from Daesh [IS] is … ‘be a hero in the country that you are’ and then often it says targeting policemen and armed forces. That is why we are stepping up the penalties.’

Figures show that in the first eight months of this year 44,000 web links to IS propaganda were created and shared.

Miss Rudd said tech firms must do ‘much, much more’ to combat jihadist material.

The Home Secretary told how a senior tech executive had dismissed her calls to remove terror content because it would hit profit margins.

Miss Rudd added: ‘When they say there isn’t a business case for this … I would say, ‘That is a completely unacceptable answer. We are talking about human lives.’

Twitter spokesman Nick Pickles said: ‘The technology simply isn’t there where you can flick a switch and go, this algorithm will find more terrorists online … We are just not there yet.’

No special rights for EU citizens

Brussels is pushing for the rights of EU citizens to be guaranteed by the European Court of Justice in perpetuity – meaning that existing family reunion rights would be retained.

Tory Eurosceptics have warned that fixing their rights in this way could leave EU nationals with greater rights than those born in Britain if ministers decided to tighten immigration rules in future.

But the Home Secretary said she wanted to see the rights of EU nationals evolve in line with those of Britons after Brexit.

She added: ‘That is one of the elements that is still under final negotiations.

‘But my strong view is that UK citizens and EU citizens who have settled status here should have the same rights for bringing over their family or relatives from other countries. The principle is they’re now under UK law.

‘I met the Polish interior minister last week and I did not detect from him any concern about the fact that Poles who are staying in the UK once we have completed the interim period will have the same rights as UK citizens.’

Ministers are also pushing for an end to the system of paying millions of pounds in child benefit to the children of EU workers who do not live in this country.

The Government believes it is close to striking a deal with Brussels on the rights of the three million EU citizens in this country and the 1.3million Britons living in Europe. Miss Rudd dismissed reports that EU nationals will have to be fingerprinted when they apply for a new ‘settled status’ to stay in the UK.

She said the application would be streamlined to make it as simple as possible.

‘The default position for the three million is going to be, “You’re in, just fill in the form for us”, she said. ‘There will be no fingerprints. It will be biometric so there’ll be something like taking a picture of a photograph from your passport – which is a biometric picture – and downloading it.’

Miss Rudd said the application process would be ‘nothing like’ the existing 85-page form for people who want to stay in the UK, which was ‘never designed for the three million’.