An ambulance driver has won a bitter court clash with his two siblings over their mother’s £350,000 home after he produced a mystery envelope containing her will.

Colin Nutt, 63, faced claims from his brother and sister that he pressured their mother Lily into leaving her home to only him in her 2010 homemade will.

Lily died aged 88 in 2013, leaving behind the £350,000 house in Chigwell, Essex, where Mr Nutt and his siblings Christopher and Vivienne were raised.

Her will in 2010 bequeathed the house to Colin, although another will dated five years earlier it was to be split equally between the three siblings.

Family strife erupted within days of Lily’s death, when Colin confronted his siblings with news of the other will they previously knew nothing about.

He said that Lily had handed him an envelope, only to be opened on her death, containing the 2010 will under which he alone would inherit her house.

Christopher and Vivienne launched a ‘comprehensive attack on Colin’s character’ in a bid to prove the 2010 will invalid, Judge Julia Clark told the High Court.

But she said there was no evidence to support their claims that Colin cadged money off their mother or brought pressure to bear on her.

Colin was in truth ‘affectionate and attentive towards his mother, and not aggressive or dominating’, the judge ruled.

All three had rallied round over the years to help their frail and fiercely independent mother, but it was up to her to leave her assets to whoever she wished.

Lily had told friends that Vivienne, 71, and Christopher, 73, were better off than Colin, and that ‘she had made a will leaving the house to Colin as the other two children were OK’, the court heard.

Christopher had been ‘unwilling’ to accept that their mother would have wanted anything other than to split her estate equally between the three of them.

There was long-standing friction between the two brothers, the court heard, and both Christopher and Vivienne alleged that Colin had a ‘dominating and domineering personality’. 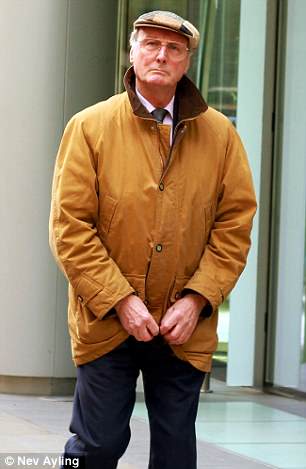 But the judge commented: ‘The only examples Christopher could give of this was Colin “holding court” at the funeral wakes for both their father and Mrs Nutt’.

Colin, a builder and part-time ambulance driver, represented himself in court as he defended the validity of the will.

His brother and sister argued that he had brought ‘undue influence’ to bear on Lily and that the 2005 document was her last true will.

But the judge said one of Lily’s friends gave evidence that she wanted Colin to inherit ‘because he didn’t have his own home and the other two did’.

‘She was determined that Colin would receive and continue to live in her home, which she had always treasured,’ said the witness.

Judge Clark said there was ‘a high level of conflict’ between the two brothers, but rejected claims that Colin had been ‘involved’ in creating the 2010 will.

She added: ‘Lily was a very independent woman. I reject the suggestion that Colin prevailed on her to give him money, or that he took money from her bank accounts. There is no evidence to support it.’

All three siblings had supported the pensioner in her last years and Christopher and Vivienne’s lawyers asked why Lily would have secretly changed her will when she ‘spoke highly’ of all her children.

But the judge said: ‘One reason is put forward in the 2010 will itself. Colin does not own his own house, Christoper and Vivienne do.

‘Another reason may be that, although Christopher and Vivienne gave considerable amounts of help and support to Mrs Nutt, Colin was physically nearer, more available when she needed help and, in practice, was her first port of call.’

The judge said it was not her task to ‘decide whether the 2010 will was justified or fair’.

‘I am only required to decide if it is valid, and for the reasons set out above, I find that it is,’ she concluded. 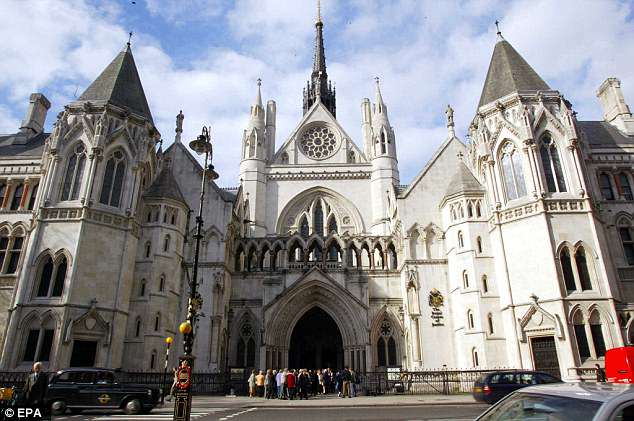 Judge Clark said there was ‘a high level of conflict’ between the two brothers, but rejected claims that Colin had been ‘involved’ in creating the 2010 will