American Airlines pilot, 51, is arrested at Louisville airport over a 2015 triple murder

A pilot accused of a 2015 triple murder was arrested at a Kentucky airport on Saturday.

Christian Richard Martin, 51, of Apex, North Carolina, who reportedly flies planes for an American Airlines subsidiary company, was taken into custody at Louisville International Airport early Saturday morning, according to a release from the state attorney general’s office.

American Airlines told WDRB that Martin has been a Bombardier CRJ First Officer for PSA Airlines since January 2018.

‘All of us at American Airlines and PSA Airlines are deeply saddened to have learned about these allegations from 2015. Our team was made aware of the indictment this morning after his arrest at Louisville International Airport,’ an American Airlines spokesperson told WDRB.

‘We have an unwavering commitment to the safety and security of our customers and team members, and we will provide any investigative assistance possible to law enforcement throughout their investigation.’ 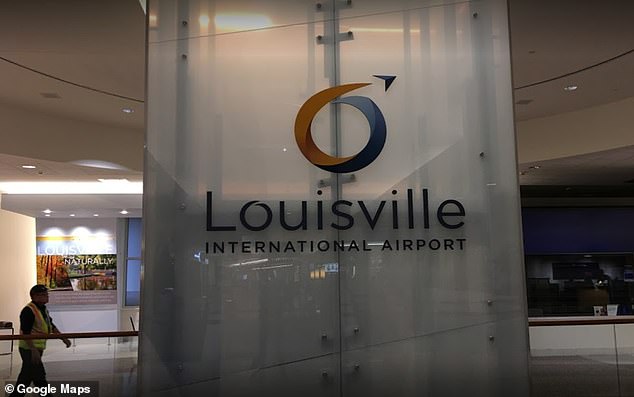 The company said Martin has been placed on administrative suspension pending the outcome of the investigation.

His arrest happened in front of airport staffers and patrons. Martin was still wearing his pilot’s uniform in a Christian County Jail mugshot photo released by officials.

‘It was like something you would totally see in a movie,’ witness Ashley Martin of Elizabethtown, Kentucky told WDRB.

‘It was very tense,’ added fellow witness Frances Wise who was waiting to board an American Airlines flight when the arrest happened. ‘You could tell the employees knew something was going on,’ she continued. 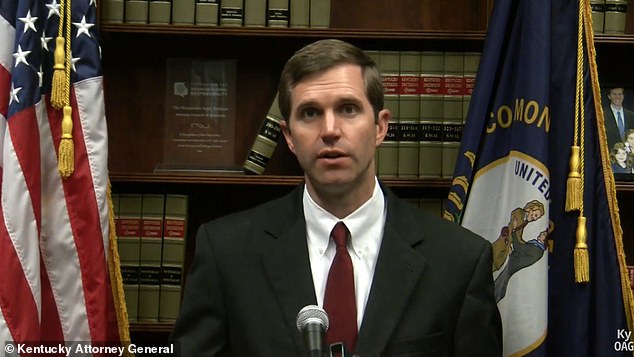 State AG Andy Beshear said the 51-year-old was suspected of killing Calvin Phillips, his wife, Pamela, and their neighbor, Edward Dansereau on November 18, 2015.

Bashear claimed that Martin shot his victims and used a car to transport their bodies to a nearby cornfield where he set the vehicle on fire with the corpses inside.

The victims’ bodies were burned beyond recognition, their family members said in a joint statement.

‘Every day, we are haunted by what was done to them and haunted further that someone was still free to do as they wish, beyond the civility of mankind or laws of our nation,’ the victims’ loved ones said.

‘We are overwhelmed with this positive step towards resolution for people we love dearly… We look forward to justice in court, and we look forward to a verdict to bring an end to this terror, and a fresh start at healing.”

Martin moved from Kentucky to North Carolina some time after the murders, according to the state attorney general.

During a press conference, Bashear said he hopes the suspect’s arrest ‘brings some justice’ to the victims’ families.

‘There are many steps from here, but we hope this is one example of when you never stop seeking justice, when you never give up, that we can truly get important results for these families,’ he added.