She found fame as the winner of American Idol in 2004.

And on Sunday, Fantasia Barrino celebrated the birth of her third child, a daughter named Keziah Taylor,

The singer, 36, announced her daughter’s arrival in an Instagram post in which she’s seen posing in an animal print gown and cradling her pregnant belly with an elephant.

In the caption, Fantasia explained: ‘The Elephant is the animal I chose to surround @keziahlondontaylor with because it represents patience, strength, power and remembrance. Just a few of the qualities that her presence has brought into our lives and this world.’

Her daughter’s father is her husband Kendall Taylor whom she married in 2015.

She has two children from previous relationships – Dallas Xavier, 10, and Zion Quari, 19.

Taylor, who has a son Treshaun from a previous relationship, also announced his daughter’s birth on Instagram.

Sharing a maternity photo of his famous wife, Taylor wrote: ‘Today I experienced something that rewrote my personal definition of a Black Woman.

‘To observe my Queen @tasiasword bring my little Angel @keziahlondontaylor into this world elevated my understanding and sense of pride, respect and admiration for black women.’

The couple had announced in November that they were expecting their first child together after years of struggling to conceive.

They revealed they were having a girl in January. 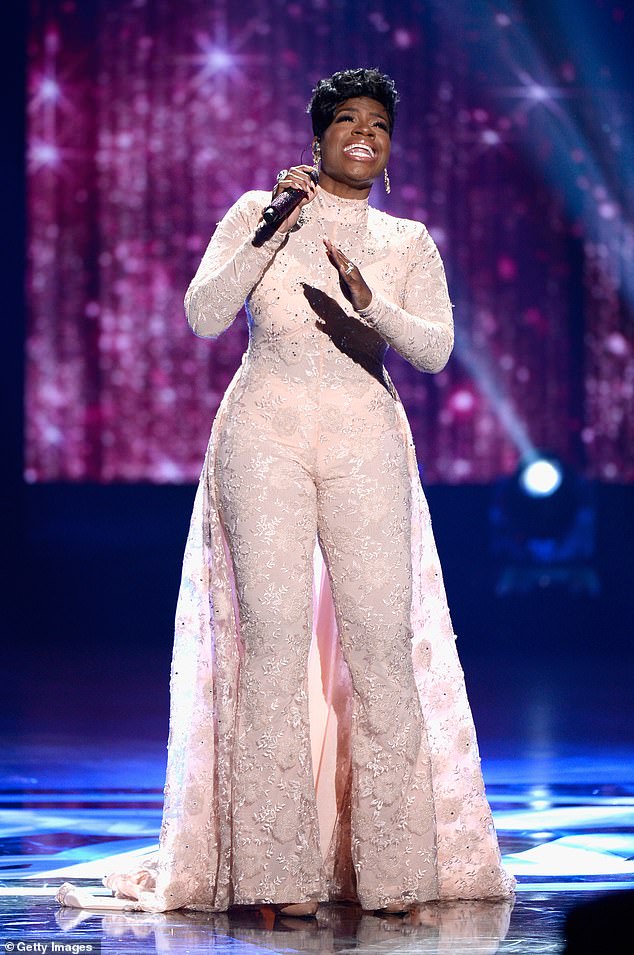 Her big break: She is best known for winning the third season of  American Idol in 2004. She’s pictured performing on stage in Hollywood in April 2016

In sharing the happy news of her pregnancy, Fantasia shared with social media followers about her struggle to conceive.

She spoke about the story of Rachel in the Old Testament who was childless until God granted her prayer and said she had started ‘to pray like Rachel’ in the hope of having a baby.

‘Keep trying and you will conceive,’ Barrino said and then Taylor sweetly kissed his wife’s belly during their Instagram Live reveal. 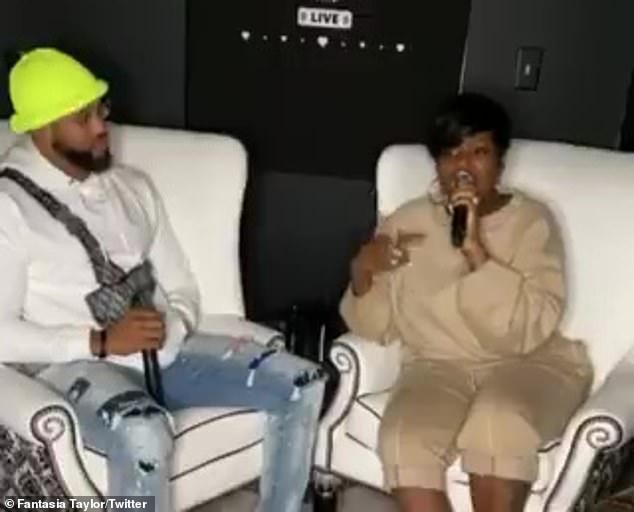 Faith: The couple announced their pregnancy during an Instagram Live in November in which Fantasia spoke about her struggle to conceive and how she turned to the Bible for help 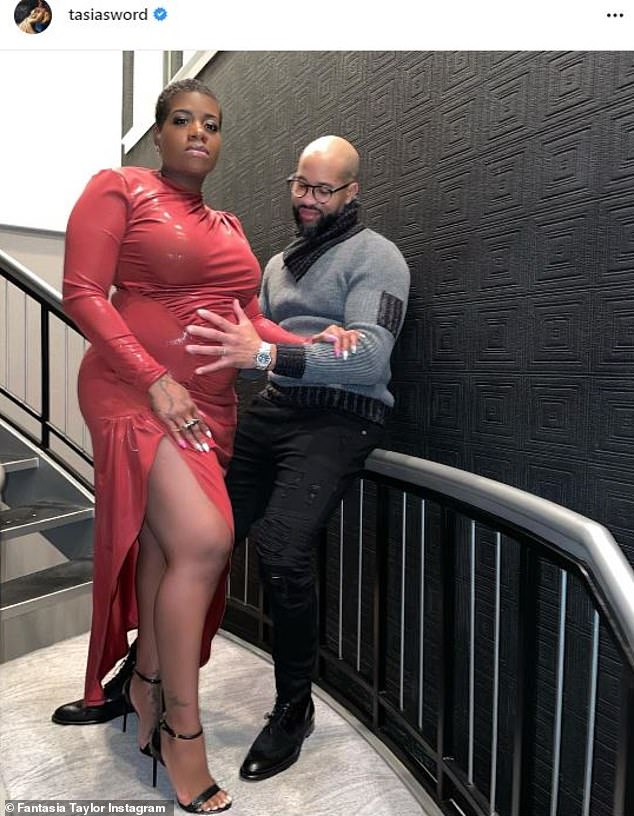 Baby on board: She had shared the news that she was having a baby girl in January