The 46-year-old singer said she experienced ‘a vision’ of La’Porsha Renae and Trent Harmon as the frontrunners after she saw their performances as the field was narrowed to eight.

‘You’re amazing, I had a vision of you…at the end,’ she gushed after Trent and La’Porsha hit the stage.

Angelic look: Jennifer Lopez predicted La’Porsha Renae and Trent Harmon would be the final two singers on American Idol on Thursday as the field was narrowed to the final eight

After the public vote Olivia, Gianna and tomboy Avalon Young had been relegated to the bottom three.

They were then forced to sing for survival before the judges decided who to keep.

Avalon tried her luck with Earned It [Fifty Shades Of Grey] by The Weeknd. 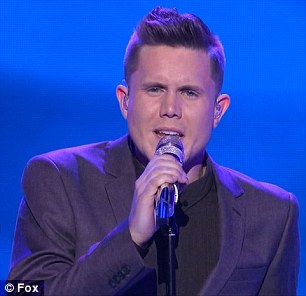 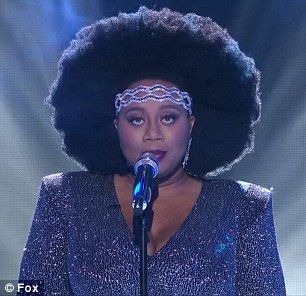 Bold prediction: Trent and La’Porsha were tipped as the final two singers by J-Lo after their performances

‘That’s what you needed to come out and do,’ J-Lo told the 21-year-old server from California.

‘You couldn’t have sung a better song,’ agreed Harry Connick Jr. before they saved her.

Olivia, 17, had been hampered by a bought of flu, but she hoped to ‘crush it’ with Pink’s sassy track Trouble. 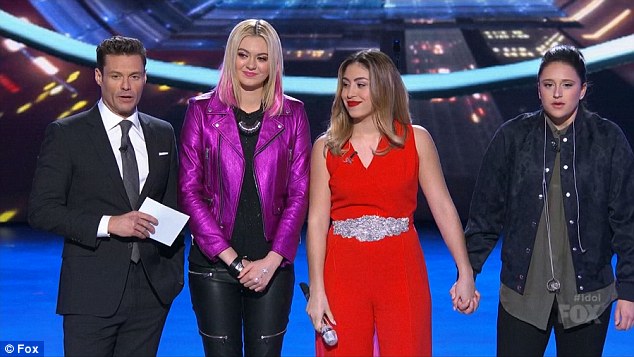 ‘Your vocal range is insane,’ said Keith Urban, but J-Lo wasn’t sure she ‘believed’ the performance.

‘Your voice…gorgeous,’ said Keith before they axed her. 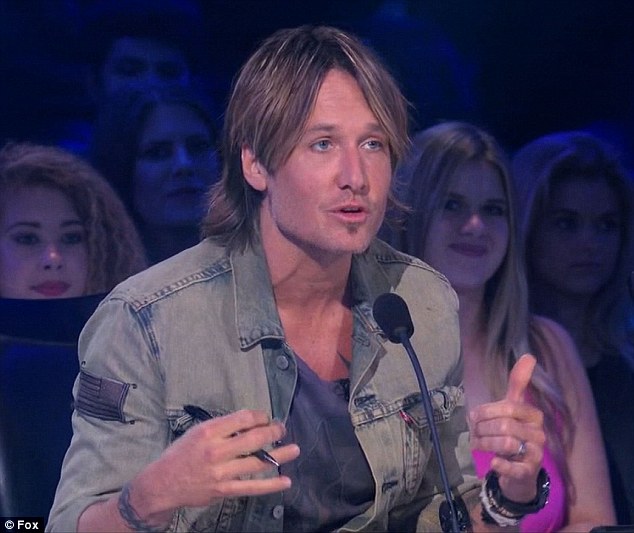 Gorgeous voice: Keith Urban praised Gianna before she was eliminated from the show

‘I think you’re so adorable…you have a very rare vocal gift,’ agreed Harry, 48.

One of the strongest performances of the night was from large-lunged La’Porsha Renae with Beyoncé’s Halo.

‘You’re a hard act to follow, you’re really the one to beat,’ J-Lo told the Mississippi mom, who works as a call center rep. 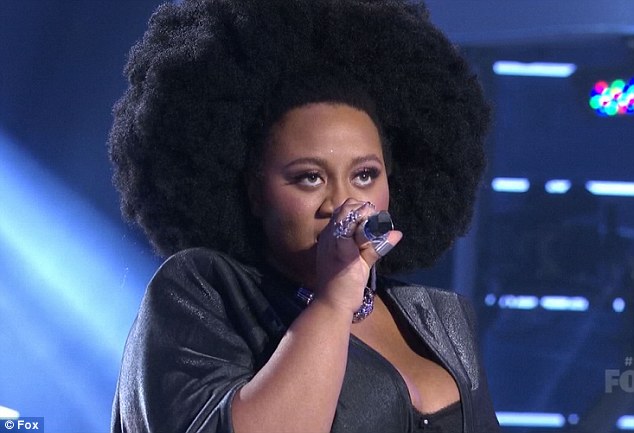 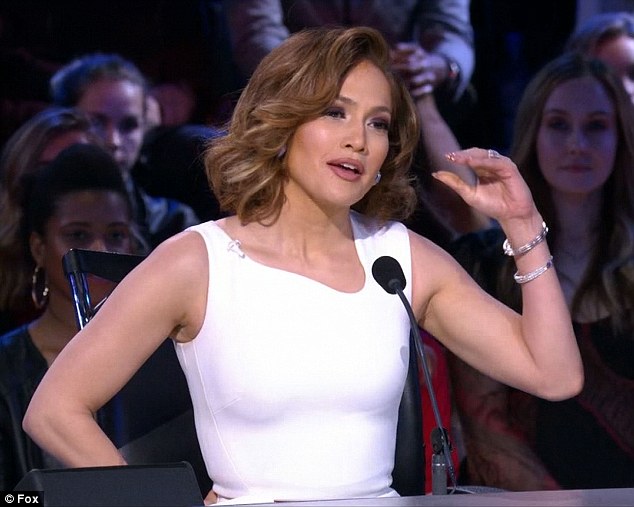 High praise: J-Lo told La’Porsha that she was the one to beat

‘Every time you sing I am urged to consider the song from a completely different perspective,’ praised Harry.

‘Incredible as always,’ he told the 22-year-old contestant.

Trent Harmon had tried to train himself out of his ‘face pulling’ habit before he performed Michael Bolton’s When A Man Loves A Woman. 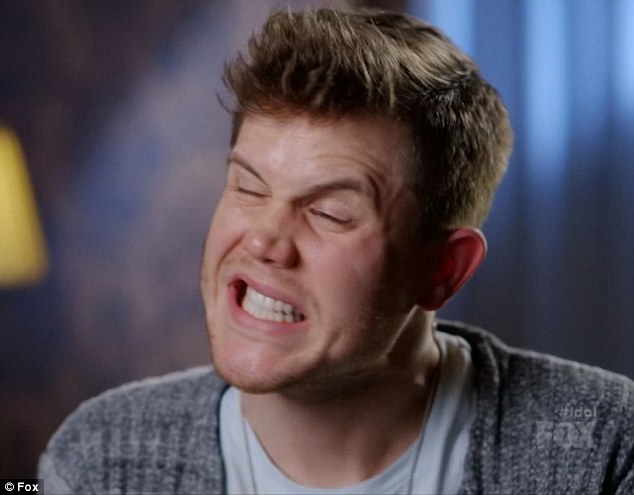 ‘You’re amazing, I had a vision of you and La’Porsha at the end,’ said J-Lo who looked angelic in a skintight white dress.

The performances were part of a Grammy-themed night in the 15th and final season of the long-running singing-competition show. 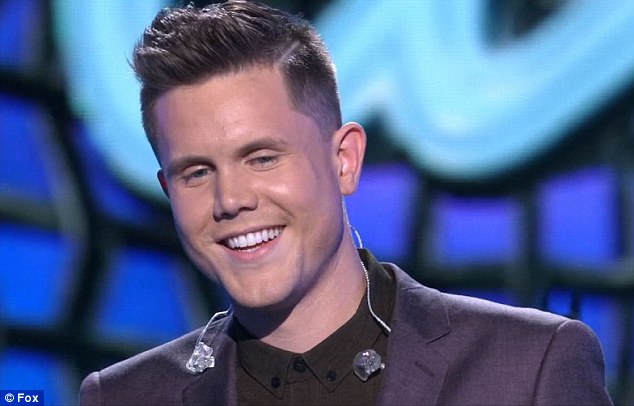 It worked: The singer was praised for his rendition of When A Man Loves A Woman

Musical guest was Demi Lovato, who wore black leather and a mesh top to sing Confident with the Idol finalists. 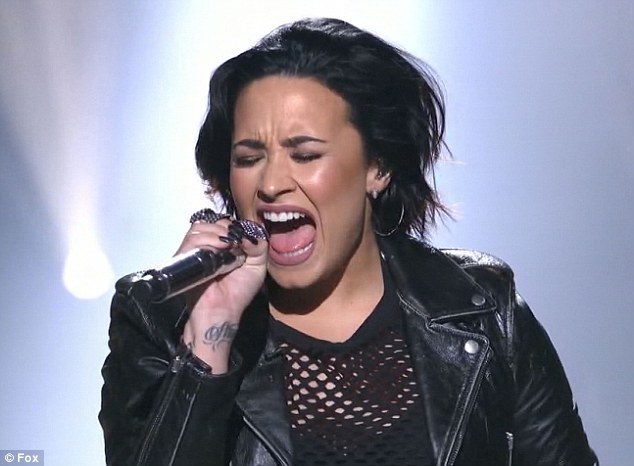 Special gueest: Demi Lovato sang Confident with some help from the finalists

Harry also worked his keyboard for his hit (I Do) Like We Do, which he dedicated to his wife and kids.

The first contestant to perform after advancing with the public vote was spiky-haired Texan singer Dalton Rapattoni who was missing the regimented ‘daily schedule’ of his home life.

The 20-year-old voice coach sang Radioactive by Imagine Dragons with a little too much dry ice. 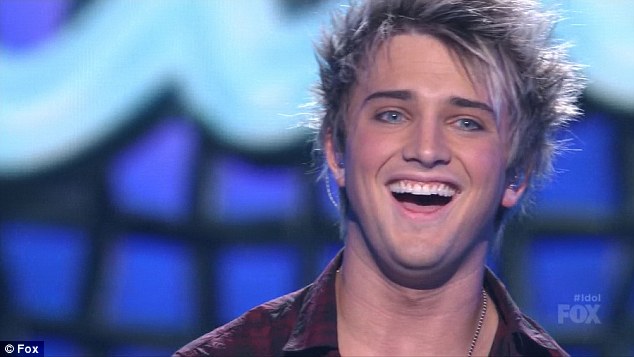 First through: Dalton Rapattoni was the first to advance with the public vote 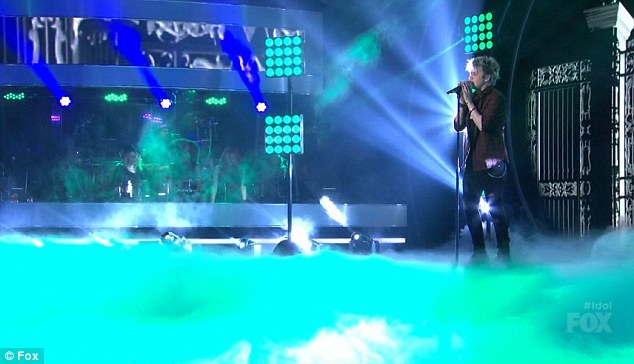 Heavy fog: The fog machine was running during Dalton’s performance

‘Is that fog radioactive?’ joked Harry.

‘I don’t think that was a great song for you,’ observed Keith, while J-Lo advised him to avoid comparing himself to the other contestants.

Next was skateboarder, and Ed Sheeran fan, Lee Jean. 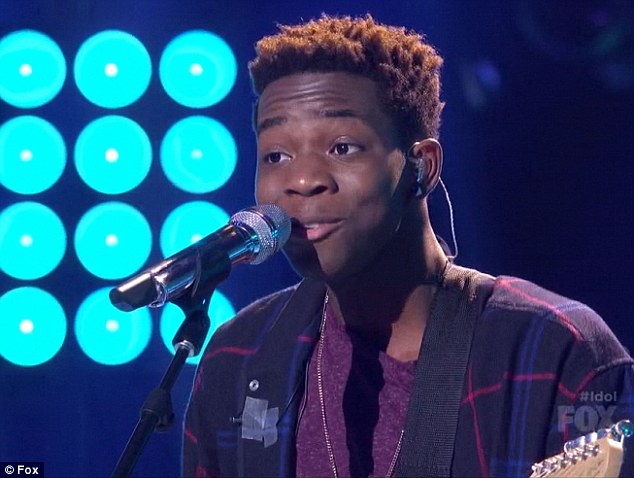 Teen talent: Lee Jean stepped out of his comfort zone with Use Somebody by Kings Of Leon

The 16-year-old hopeful stepped out of his comfort zone with the Kings Of Leon song Use Somebody.

‘There’s more voice in you than even you know,’ J-Lo told the wide-eyed student, who hails from South Carolina.

‘That was strong man, nice job,’ said Harry, while Keith wished he’d changed the track to suit his vocal strengths. 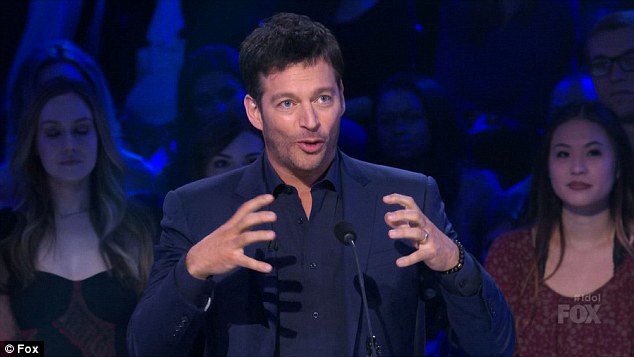 Shy student Sonika Vaid was next to be saved from the chopping block – after developing a ‘bad ass alter ego’ to boost her confidence last week.

The 20-year-old singer, who has never had a boyfriend, tried Kelly Clarkson’s powerful break up song, Since You’ve Been Gone.

‘You’re extremely talented,’ Harry told the Massachusetts native, while noting that she needed to imbue more emotion into her performances. 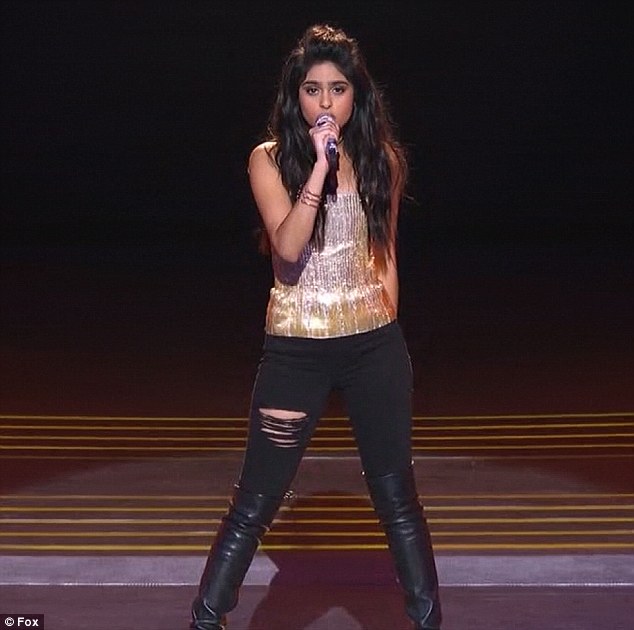 Hit song: Sonika Vaid took on Since You Been Gone by American Idol champion Kelly Clarkson

MacKenzie Bourg bravely took on a softer version of Whitney Houston’s hit I Wanna Dance With Somebody.

‘I really want this song to be my wow moment,’ said the 23-year-old Louisiana resident. 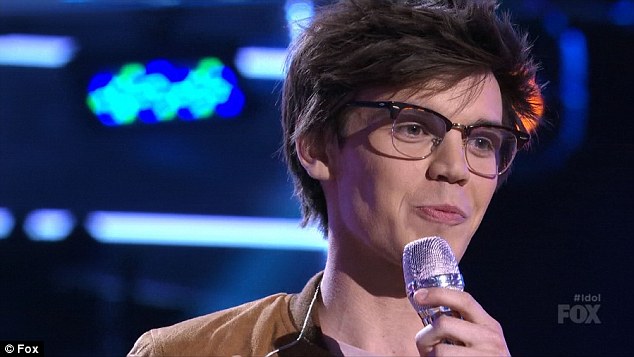 Softer version: MacKenzie Bourg took on I Wanna Dance With Somebody by Whitney Houston

‘That switch up worked,’ J-Lo told him, calling it ‘airy’.

Harry did not look amused.

‘I thought it was fine,’ he shrugged calling it little more than ‘nice and pleasant’. 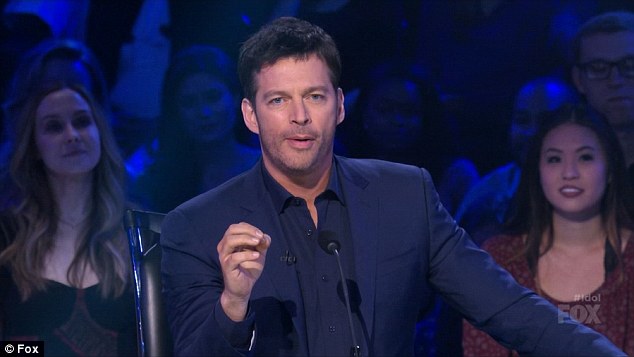 ‘I would have thought of a more inventive way to do the arrangement,’ he told him.

Ryan Seacrest embarrassed Keith by revealing his secret snack pot, which he keeps under his desk. 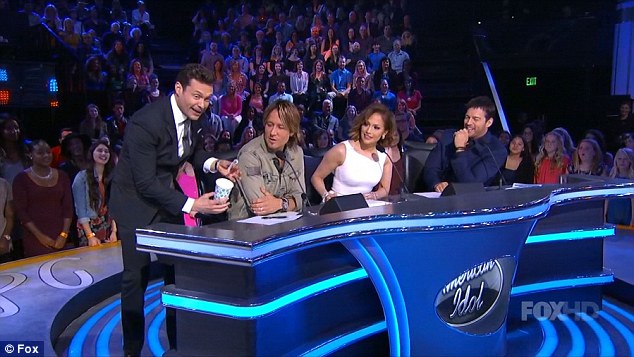 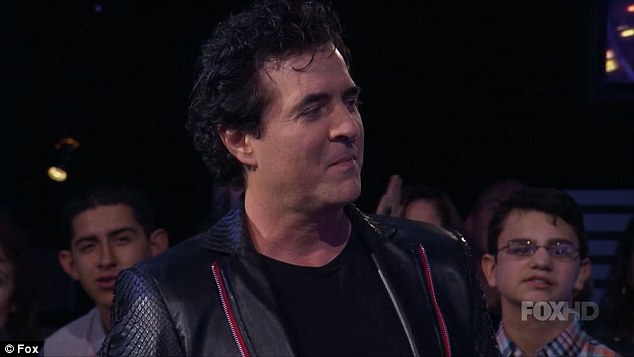 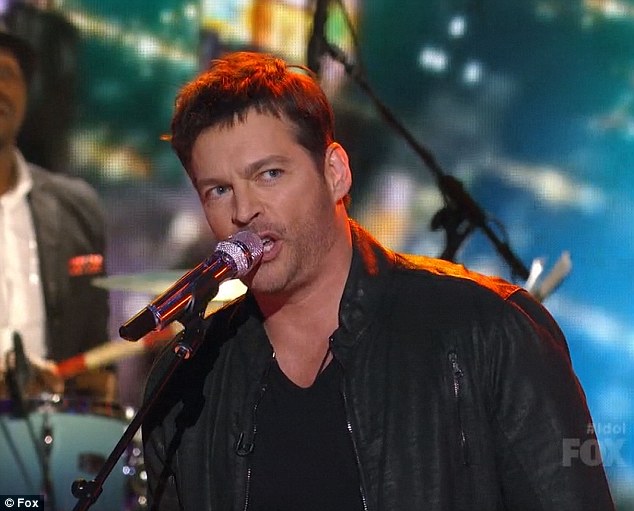 ‘He has ranch dressing and vegetables in there’.

The last person to escape elimination was 15-year-old student Tristan McIntosh from Tennessee.

The teenager tearfully dedicated Go Rest High On That Mountain to her grandfather, who broke his back recently. 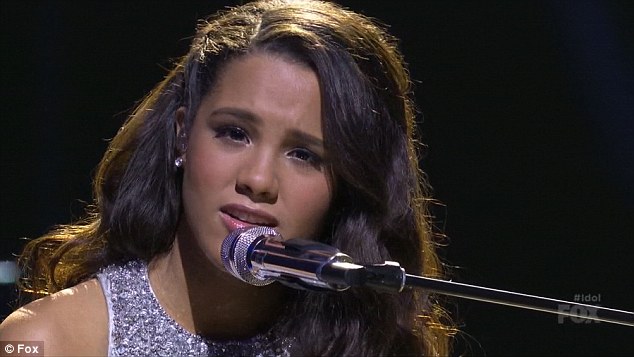 Tearful teenager: Tristan McIntosh sang a tearful song that she dedicated to her grandfather

‘That was such a good song for you,’ said Keith, who is a Vince Gill fan.

‘That was your sweet spot,’ agreed J-Lo. 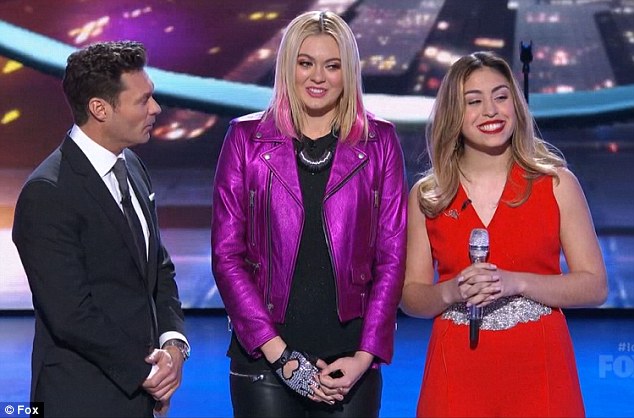 Good try: Olivia and Gianna were sent home as the field was narrowed the final eight