By Mike Larkin For Dailymail.com

The 23-year-old shared the information after being accused of homophobia on social media.

She claimed on Twitter that she decided to turn her back on the world of lesbianism after decided to be ‘true to her spirit.’

Soul singer La’Porsha said: ‘She said: ‘I chose to be heterosexual after being homosexual for 2 years.

‘I chose a belief system that felt TRUE to my spirit. #TRUTH.’

And when another user told her that she could not have been really gay during those two years she fired back yet again.

La’Porsha said: ‘Lol now who’s judging? U haven’t walked in my shoes, so don’t try to diagnose me…it’s not your place 2 tell me what I was/wasn’t.’

Coming out of the closet: She made the dramatic revelation during a Twitter debate

The whole affair began after the singer, who was runner up in the final season of American Idol, was accused of being homophobic by some of her followers.

She responded: ‘Phobia is a fear. I’m not afraid of homosexuals, nor do I hate them. I respect and love EVERYONE.’

And when another told her that she was wrong people can choose homosexuality as she watched her ‘brother grow up gay he was born that way,’ she decided to bring her own experiences to bear on the debate.

She said: ‘You’re wrong to think it’s not a choice for some….because it was for me. #Truth.

”And the bigger picture of my statement was that homosexuals should be loved and respected, not dehumanized…not whether/not it was a choice.’ 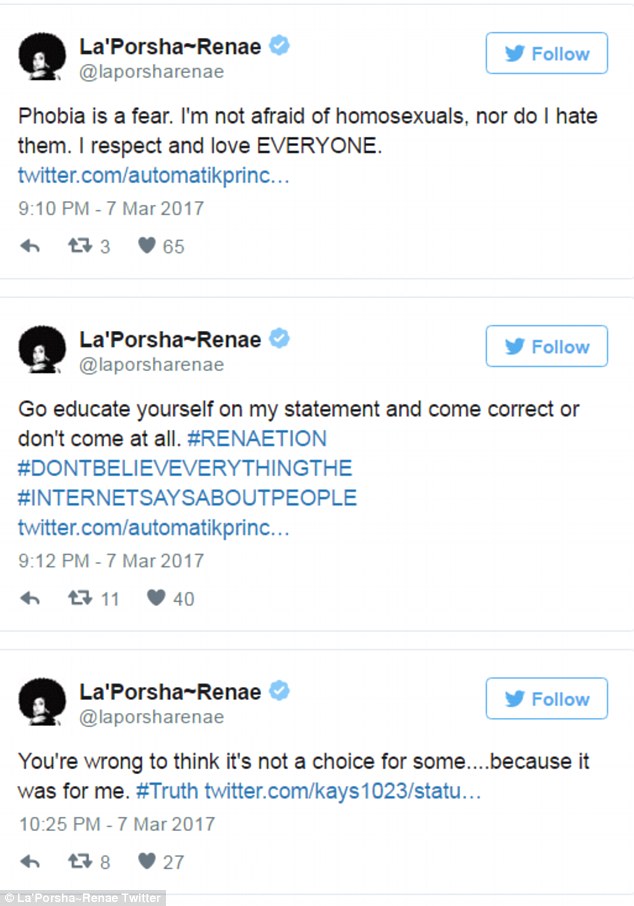 Phobia free: She insisted that she is ‘not afraid of homosexuals’ 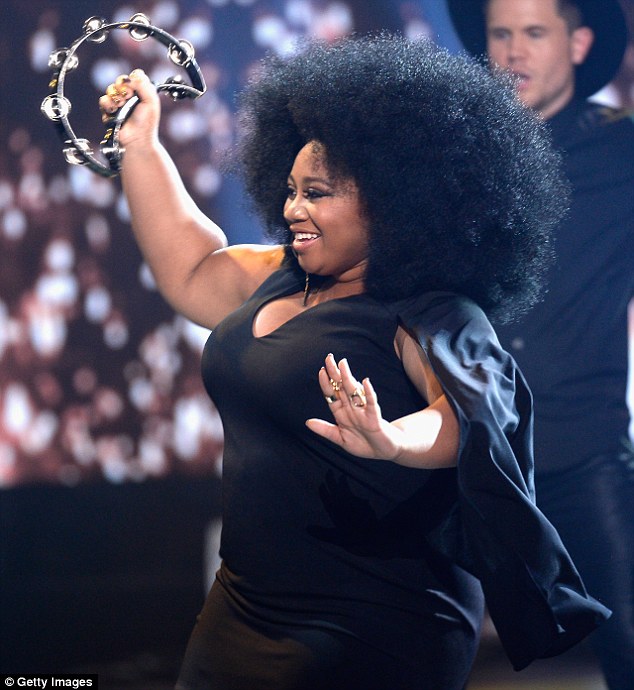 Loser: La’Porsha was the runner-up in the final season of American Idol