American Mikaela Shiffrin has overcome weather delays – and any anxiety – to become the golden girl of the Olympics once again.

The 22-year-old ski slope queen, who has confessed to experiencing severe nerves in the past, put any worries behind her to clinch gold in the giant slalom on Thursday.

Such was the commanding nature of her performance, Shiffrin was the clear champion well before all the skiers had completed their second run. 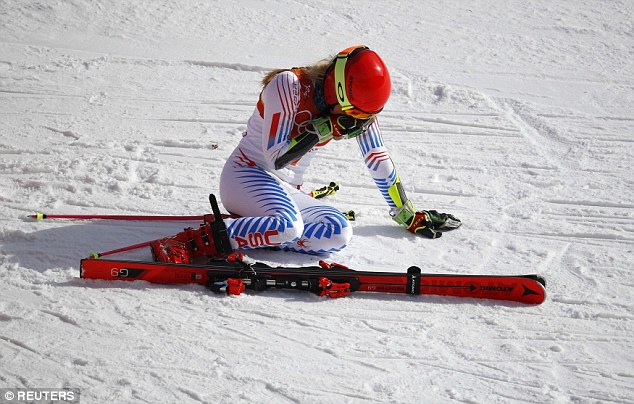 The 22-year-old ski slope queen, who has confessed to experiencing severe nerves in the past, put any worries behind her to clinch gold in the giant slalom on Thursday

She earned the right to stand tallest on the medals’ podium with a combined time of 2.20.02 and was almost half a second better than silver medalist.

Shiffrin’s combined time of 2:20.02 was 0.39 seconds better than the runner-up Ragnhild Mowinckel of Norway at the Yongpyong Alpine Center.

It was the second Olympic gold for the champion skier from Vail, Colorado.

Four years ago in Sochi, she won the slalom gold at age 18 and will attempt to defend that title on Friday. 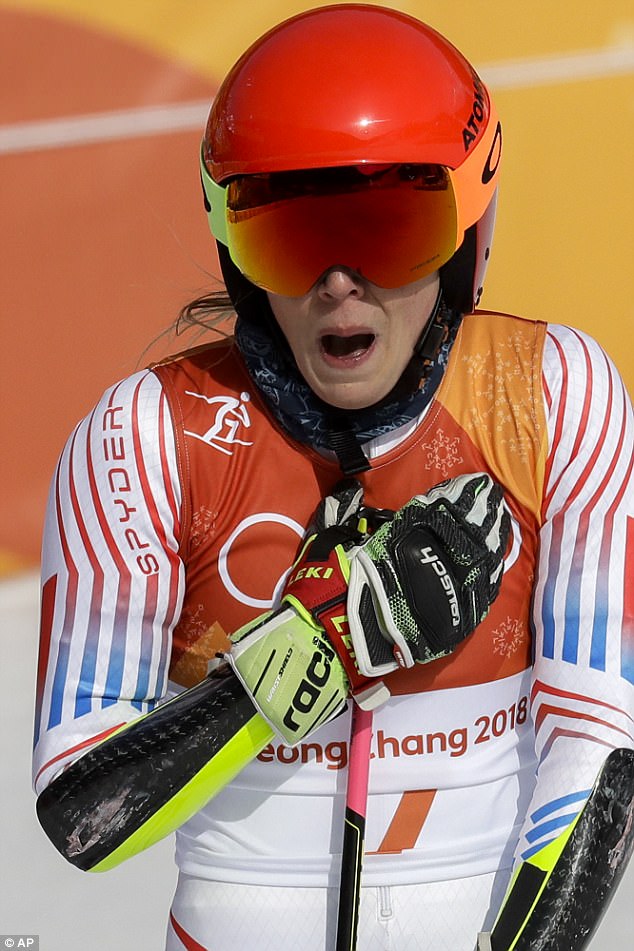 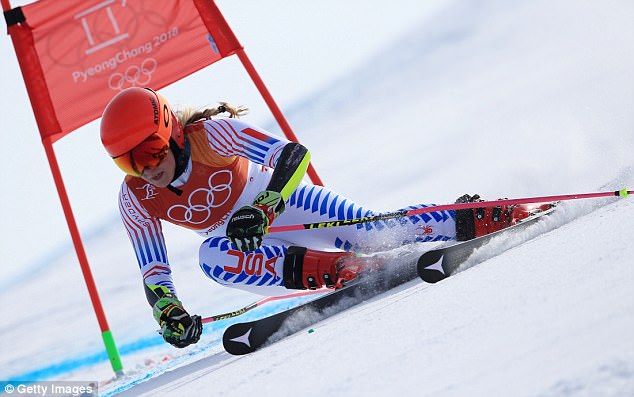 The 22-year-old American standout trailed by 0.20 seconds heading into the last run, but made up ground in no time by powering through ruts that had developed on the course 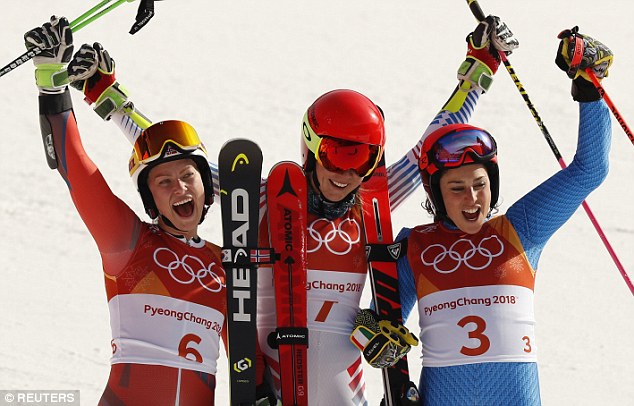 She collected Team USA’s fifth gold on Thursday and is clear favorite to win her third Olympic gold on Friday.

Twenty years ago as a toddler, Shiffrin’s parents bought her a pair of plastic skies so she could join them on the slopes.

But her love for the sport grew when her family moved to New Hampshire and she joined the ski team at the Burke Mountain Academy.

The ski queen, whose heroes include LeBron James and Serena Williams, said: ‘That’s when I really started to fall in love with ski racing’.

But the biggest influence has been her mother Eileen who travels with her, spurring her on and advising her.

That guidance paid off at the 2014 Olympic Winter Games when she became the youngest alpine skier, male or female, to have won an Olympic gold medal in the slalom event. 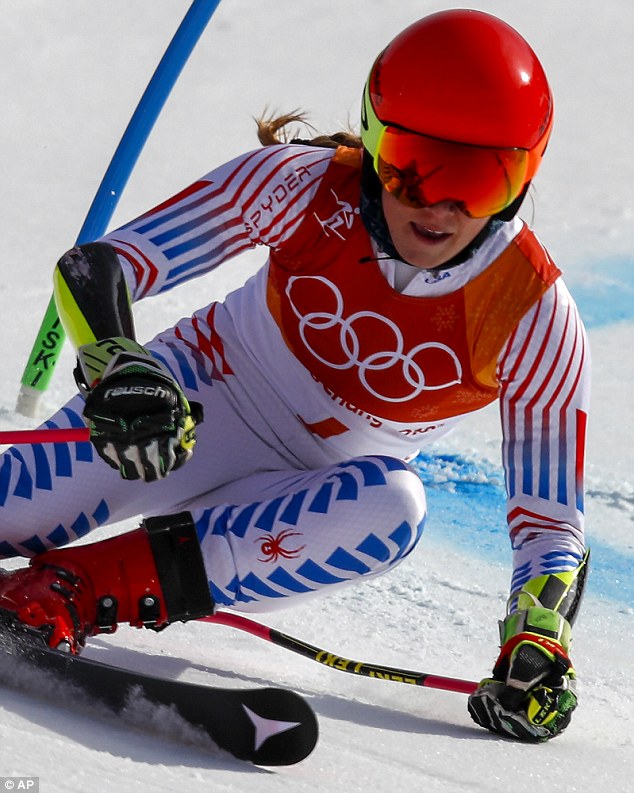 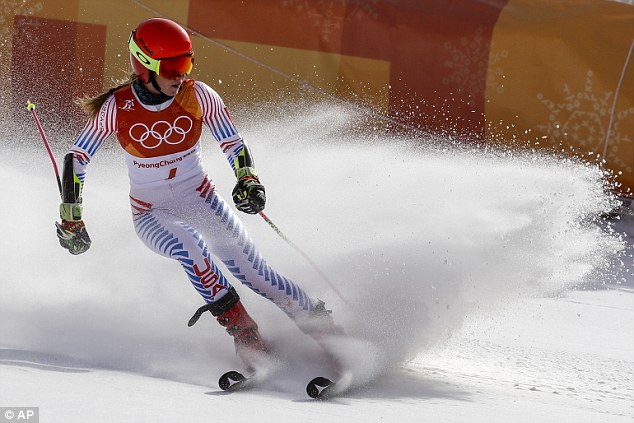 Ahead of her gold medal race, there were nerves of steel and celebration as she accepted the applause of scores of fans waving the Stars and Stripes

She has managed to achieve her golden girl status despite bouts of self doubt.

During the 2016-17 season, she suffered severe anxiety and revealed she would vomit before races and suffer from stomach cramps.

Her mother said the nervousness was due to challenges in finding adequate training time prior to the season and to overcome her anxiety she began working with a sports psychologist.

But ahead of her gold medal race, there were nerves of steel and celebration as she accepted the applause of scores of fans waving the Stars and Stripes.

Olympic gold medalist Lindsey Vonn was one of the first to celebrate Mikaela’s gold when she tweeted: ‘@MikaelaShiffrin wins!!!!! She takes the gold!!!