By Shekhar Bhatia In Pyeongchang For Dailymail.com

American snowboarding queen Jamie Anderson has been robbed of gold by a dramatic last jump by her Austrian rival in the big air snowboarding final tonight.

Jamie, 27, looked to be on for her second gold in Korea when Anna Gasser produced a leap that snatched the gold away from the Californian.

But Jamie was all smiles as she was cloaked in the Stars and Stripes and hugged the new Olympic champion. 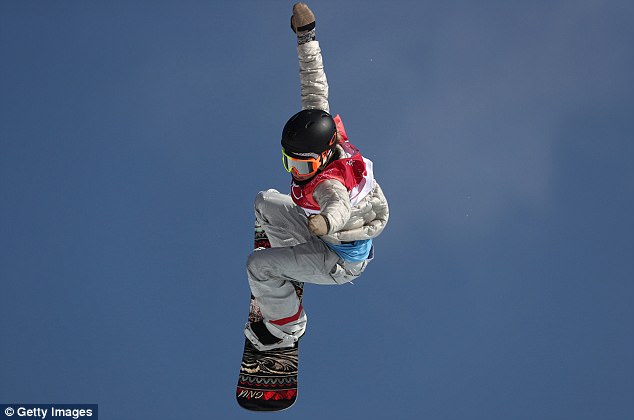 Jamie, 27, looked to be on for her second gold in Korea when Anna Gasser produced a winning leap

It was a disappointment for Jamie who had been looking to double her Olympic gold haul from Pyeongchang after winning gold in the slopestyle event last week.

She scored 177.25 and was in the lead right until the end when the Austrian produced a huge 96.00 point scoring twisting leap that won gold and gave her a total 185.00 points 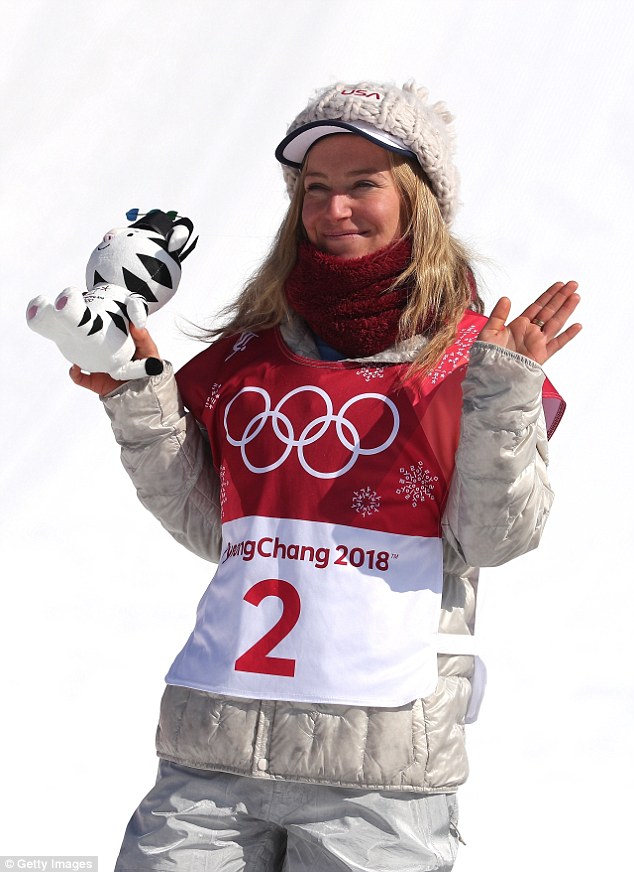