John McGory brushed off his brother’s concerns about pneumonia in Wuhan, the Chinese city where John has been an expat for years.

‘Oh there are stories like that all the time in China. I’m not worried,’ John told his brother.

Things didn’t feel fine by January 20, when a man with a bullhorn demanded he and his fellow passengers get off the subway car they were riding as the city shut down public transit.

Now, he’s among the Americans trapped in Wuhan, a locked-down ghost town at the center of the coronavirus outbreak that’s sickened more than 6,000 people around the globe and killed 133 – most of them right there in the southern Chinese city.

John McGory (left) is trapped in Wuhan where he’s long taught English amid the coronavirus outbreak (pictured: with a friend riding a train before the shut down)

John, originally from Columbus, Ohio, has watched in awe as the Chinese city that’s become his home has transformed before his eyes.

Last week, the university where he’s taught English for the last six years traded a festive teachers’ luncheon planned ahead of the Lunar New Year for frozen foods with packaging that protected them from outside germs.

The next day, January 23, the entire city was placed on lockdown, blocking anyone from entering or leaving the city where new cases of coronavirus were being reported at an alarming clip.

‘My first thought is, “get some food,”‘ he writes on his blog on American Speech Company. 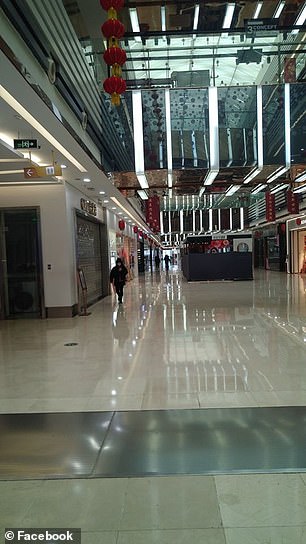 Grocery stores seem then to be the only places with any business. Malls and streets are otherwise nearly deserted, John writes.

Fresh vegetables have been quickly bought up but things were otherwise well stocked when John went to a Walmart near his apartment.

Face masks, on the other hand, sell out quickly and John was only allowed to enter and exit the university where he works if he’s wearing one.

John is 65. His age is of particular concern to him because most of the patients who have developed severe illnesses or died from coronavirus have had underlying conditions or been older adults.

‘The fear of getting sick envelops everyone,’ John writes.

‘My own mind jumps from all is well to fear.

‘I continually wonder, “is my throat getting sore? I think it is.” Every cough brings worry to my 65-year-old body.’

So far, coronavirus’s fatality rate is about two percent, the World Health Organization (WHO) said Wednesday.

That’s far less than the 14 to 15 percent of SARS sufferers who died after infection – but about 100 times the mortality rate of the flu. 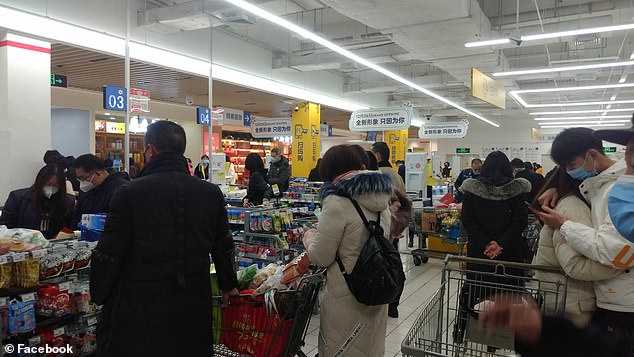 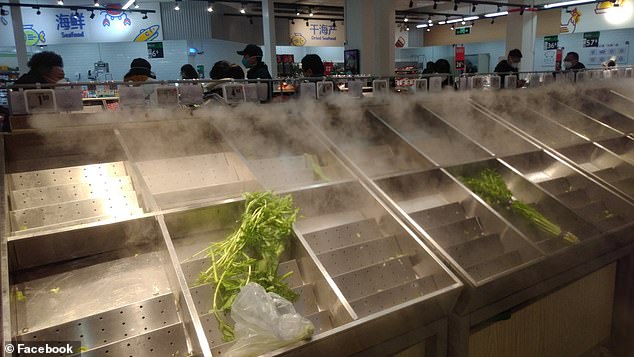 ‘We live most of our lives managing risks the best we can but living in a virus-infected, Chinese city of 11 million frightened people creates a whole different environment for daily living.’

Now neither he nor other people living in Wuhan can go to work now, and spend most of their time hold up in their homes.

John told USA Today that the US offered him a seat on the evacuation flight that returned some 201 Americans from China today, but a passport problem lost him his spot.

There’s no telling when, or if John will get out of Wuhan.

‘Wuhan seems like it stepped into a Twilight zone episode,’ John writes.

‘Rod Serling said this in the show’s first episode “Where is everybody?”

‘I’m an American, caught at the center of this chaos in a southern Chinese megacity that has gone from a comfortable, well-run city to the verge of being freaked out.’