An American tourist whose husband died saving her life in the Westminster Bridge attack has sent ‘love and compassion’ to the family of his killer Khalid Masood.

Melissa Cochran was pushed aside by her husband Kurt as the terrorist used his 4×4 car as a weapon in the shadow of Big Ben last March.

Mr Cochran, 54, took the full force of the 30mph-plus impact and was catapulted headfirst over a wall and onto a concrete walkway 17ft below.

Speaking from her home in Utah, Mrs Cochran said she ‘can only imagine the heartbreak’ Masood’s family feel at the murders the terrorist committed in an extraordinary and forgiving statement.

Melissa Cochran was pushed aside by her husband Kurt (pictured together just before he died) as the used his 4×4 car as a weapon in the shadow of Big Ben last March. 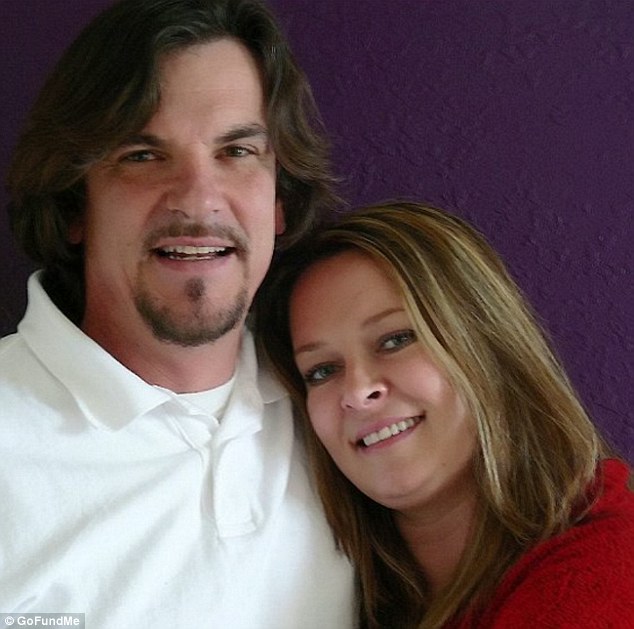 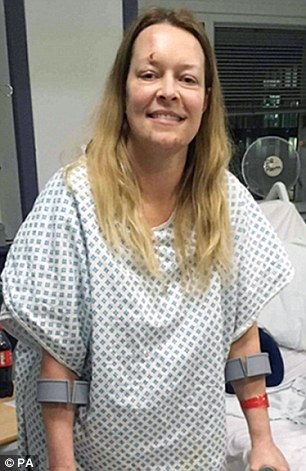 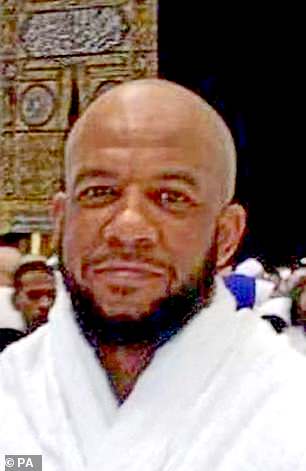 Melissa, pictured in hospital after the attack, has sent an extraordinary message to Masood’s family about the grief they must feel

She said: ‘I want to express my deepest love and compassion to all of the (victims’) families, to all of those who helped in any way that they could after the attack.

‘To those who had to relive those events by testifying, I know that was very hard for some people. I also want to express love and compassion for Masood’s family.

‘From what I understand they didn’t share his belief system and this was not something that any of them obviously wanted to happen, they were obviously shocked when it did happen.

‘I can only imagine the heartbreak they are feeling knowing that their father or their husband or son committed such atrocities.

‘I just know in my heart that love and compassion and kindness wins over.’

Mrs Cochran and her husband Kurt were on a European sightseeing trip to celebrate their 25th wedding anniversary when they visited London on March 22 last year.

They had walked across Westminster Bridge and were planning to sit on a bench by the water and people watch before returning to Westminster Abbey for a tour. But instead they were caught up in carnage.

Passionate musician Kurt was hit by a hire car driven by Masood and killed.

Mrs Cochran, who was injured in the attack, remembers little of what happened.

She said: ‘From what I have read and heard from the testimonies, Kurt saw the car coming, which I didn’t until the very last second, and he pushed me almost completely out of the way.

‘I did get hit by the car, but just enough to save my life. In Kurt doing so he stepped in front of the car and was killed.’ 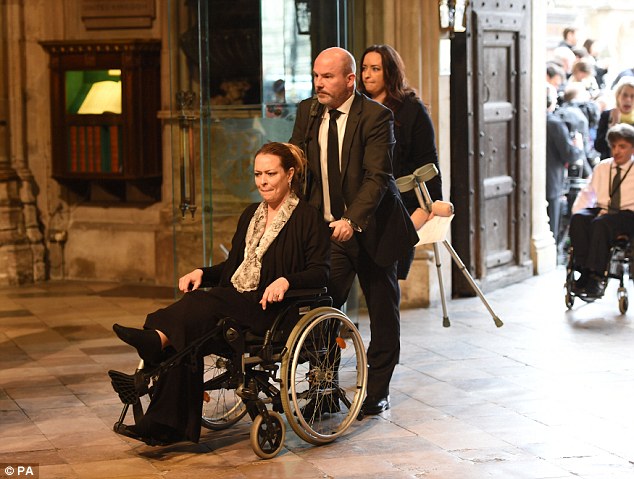 She said it was typical of her partner to have instinctively acted to protect her.

‘It doesn’t surprise me in the least knowing that he did that. Obviously he’s my hero.

‘We certainly cling to our loved ones a little more closely nowadays. Life is precious. We prioritise things that really matter and things that don’t.’ 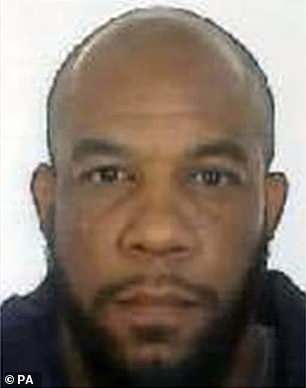 Her leg was badly injured in the attack, and the flight to London for the inquest caused problems with the limb.

In a cruel twist of fate, this meant she had to go back to St Mary’s Hospital, where she had been treated after the attack.

While in the capital she also bravely went back to Westminster Bridge.

‘I was with my sister (Angela Stoll) and we just held hands and walked across the bridge. We cried but I felt very calm and peaceful. I can’t explain that really, except that I could just feel love and it was OK. It was obviously very difficult but I needed to do it for my healing.’

She thanked the coroner and his legal team for their work, and said she has found the inquest process informative, although it will be a relief when it is finished.

‘It’s something that I think about every day as I get out of bed and feel my leg and not have Kurt here with me.

‘It’s been something that’s kind of being looming over all of us and over our lives so I think finally having the recommendations we will be able to move forward in our lives into the next chapter of our lives.

‘Everyone from London, all over the world, London especially, have been so gracious and kind and loving to me and I’m just eternally grateful for all of the support that I’ve had from so many people.

‘It’s hugely difficult but it’s a lot easier knowing there’s so many people out there who are wishing me well and the other victims and their families.’

The chief coroner has called for ‘distressing’ pictures of victims of the Westminster attack to be removed from the internet.

The inquest has heard how bystanders used selfie sticks and mobile phones to take snaps of the dead and injured on March 22 last year.

Graphic video and pictures were posted on social media, with some remaining in circulation more than a year later, compounding the anguish of loved ones.

They included images of the body of Aysha Frade, who was trapped beneath the wheels of a bus after being hit by Khalid Masood’s hire car.

In his concluding remarks, coroner Mark Lucraft QC (right) said: ‘From some of the CCTV footage it is clear some people took photographs and moving footage.

‘Some of that footage was sent to the police to assist with the investigation.

He then stormed through gates near the Houses of Parliament and fatally stabbed Pc Keith Palmer with two knives.

Mr Lucraft praised the ‘great dignity’ of the victims’ families throughout the inquest.

He said Masood had driven a hired SUV at an average speed of 30mph to 42mph with ‘clear murderous intent’ into pedestrians on the bridge, killing four people and seriously injuring 29.

The coroner praised the ‘quite overwhelming’ response from medics at St Thomas’ Hospital and members of the public who tried to help after the carnage.

He said: ‘I’m sure what they did has been a great comfort to the families who could not be with their loved ones at that time.’