‘You look like a bunch of crackers’: Americans claim racism is WORSE in Australia after ESPN screens the powerful documentary on the horrific abuse endured by AFL superstar Adam Goodes

Sports fans in the US have been left shocked by racism indigenous AFL superstar Adam Goodes copped in Australia after watching a documentary about his career for the first time.

There was an outpouring of support for the Sydney Swans great after The Australian Dream aired on ESPN on Wednesday night US time.

The powerful documentary looks back on the tumultuous end to the career of the dual Brownlow Medallist and premiership hero, where he was exposed to incessant taunting and booing.

The documentary aired in the wake of the Black Lives Matter movement sparked by the death of African American George Floyd in Minneapolis.

Unlike the division reaction sparked when launched in Australia cinemas last year, US viewers were left angry and heartbroken over what they watched.

Many were left with the belief racism was worse in Australia than in the US.

‘The treatment he received for being an indigenous Australian makes White Australia look like a bunch of southern crackers,’ one viewer wrote.

Another added: ‘Incredible story fantastically told about Adam Goodes, an Australian rules football player who stood up to generational racism & imperialism, but paid a price for it. A lot of Australians still need to get on the right side of this.’

Many viewers commended Goodes on taking a stand against racism.

‘To stand up for what you believe in takes so much courage especially on that stage. My heart breaks for Adam, & I hope that the movement to help better his people keeps going on,’ one wrote.

Another added: ‘The Australian Dream’ carries more weight today. The behavior of these people make me sick. Let me tell you Adam Goodes, there a MANY people here in the US, who still fully support you. Abolishing racism in Non-negotiable.’

Others called for the film to be screened in primetime to attract a wider audience.

An Aussie expat living in the US wrote: Thank you ESPN for showing The Australian Dream. Please show it again. We can all do better.’ 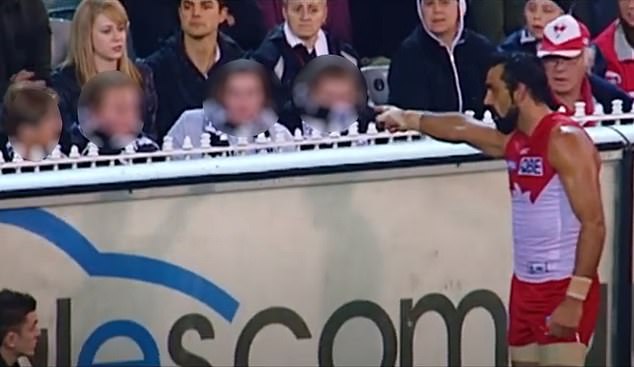 In 2013, Goodes provoked a national conversation about racism when he called out a 13-year-old Collingwood supporter who had called him an ‘ape’ during a game at the MCG

‘I love learning more and more about the greatest sport I’ve never heard of and also about the continent that created it. A LOT to catch up on here,’ he tweeted.

The documentary is told from the perspective from Goodes, who provoked a national conversation about racism in 2013 when he demanded a 13-year-old Collingwood supporter who had called him an ‘ape’ be removed from MCG.

Collingwood president Eddie McGuire was later criticised for suggesting on-air that Goodes be used to promote King Kong the musical.

‘It (the football field) actually became a place I hated to walk out on to,’ Goodes says in the program. 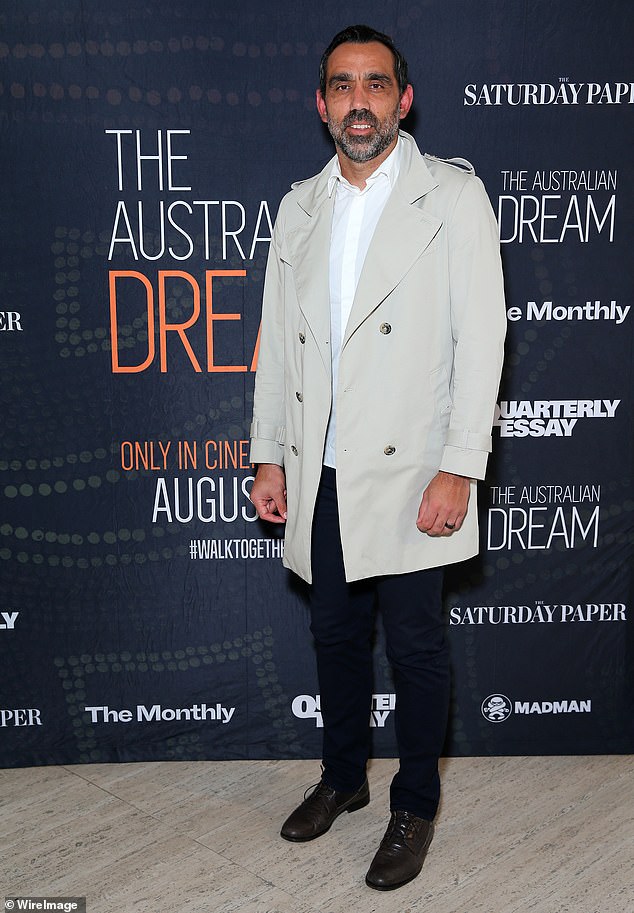 Australian basketballer Ben Simmons was an executive producer on the documentary and was instrumental in it being broadcast in America.

‘It was really about how he carried himself and really opening people’s eyes about saying certain things during a game. No matter what it is, it is disrespectful,’ Simmons told ESPN last year.

‘And everybody should be treated equally. … He was called a ‘monkey’ or ‘ape’ on social media for months. People booing him every time he touched the ball. He handled it. I got a lot of respect for Adam the way he handled it.’

The 2014 Australian of the Year became the target of a sustained campaign of booing from opposition fans in his last season, who booed Goodes for 17 games straight in 2015, which forced him to take leave from the game and retired just weeks later.

Goodes has led a private life away from the AFL since retirement in 2015 and became a father last July when wife Natalie gave birth to daughter Adelaide. 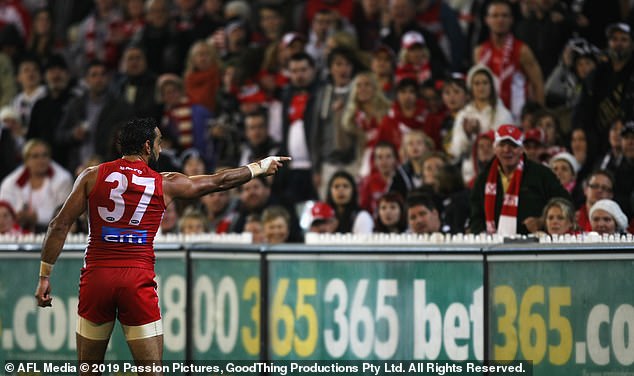